With the Heart To Mouth album premiering soon, we’ll be looking at the Lost On You era slowly moving into the shadow of the new release. And since this collection of fourteen exquisite songs has been a game-changing point for us, in an infinite number of ways, we feel like we need its vibe to linger here, around us, just a little while longer. It has become, first, the driving force behind many different awakenings and revisions, and then an inherent soundtrack for the changes that would follow soon after. So before the Heart To Mouth era utterly dawns, let’s submerge ourselves into a beautiful, Lost On You-centered interview which LP gave to Something About magazine; the conversation seasoned with this casual, raw photo shoot by Caroline Quinn, bringing out the aura of this particular point in time, May of 2017, so fittingly. 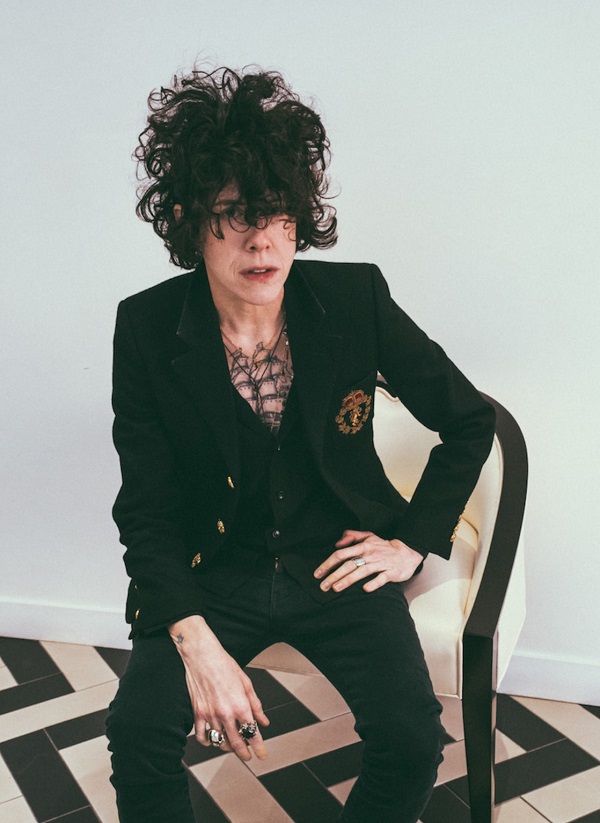 LP for the Something About magazine © Caroline Quinn

The spring of 2017 was such a busy time for LP; she was in the crossfire of two major tours, her European and American respectively, with three prestigious American late night TV shows squeezed in between them, as well as the premiere of the US edition of her Lost On You album on top of it all. Our guess is that the conversation with Maiya Sicklin took place around LP’s tour-closing show in Koko Camden, back in late April. This kaleidoscope ambiance of everything happening all at once for LP is quite noticeable in the interview. Whenever they talk of the events happening then and there, you can almost smell the jet fuel in the way LP shoots her answers. Maybe this is why it’s such a moving moment when she touches other areas besides the then-current buzz, and the pace of the exchange slows down immediately, allowing her to share quite in depth comments and observations.

An especially beautiful part of this conversation, to us, would be when LP speaks of searching for her destiny and discovering her abilities, skills, talents and passion for songwriting – and learning about all of these quite late when it comes to choosing the path of one’s professional life. But it’s such a common experience – don’t we all enter into adulthood filled with whatever our home, school and culture have “prepared us” for? After it’s done in your early twenties, it’s hard to change course and halt this domino effect which started years and years ago. Thus, all the more, it impresses and inspires us, what LP did: how she decided to take matters into her own hands and “shed several skins, deprogram and reprogram herself,” against all odds, alone. Bold.

It’s really surprising how deep this interview goes and how detailed it is, at times, considering the impetus of events surrounding it. It somehow got to have this cosy and safe feeling to it, like a hot cocoa and fireplace situation. Quite likely, that’s the opposite of how it really went, but whatever set up the magazine prepared for this meeting, it allowed LP to focus and analyze (at least a little bit) different episodes in her life which have made her the songwriter and artist that she is now. Some part of this interview reads as a stream of consciousness, though nothing here is chaotic, and as a whole it surprises us even more for being so very clear and spot on.

Maiya Sicklin conducted the interview when, press-wise, it really was a moment of building momentum for LP. The amount of articles, interviews, write ups and reviews that kept popping up every week all over the media was overwhelming. Everybody was talking, and in among all the others you could find Billboard, Vogue, the BBC, Newsweek, the Independent, and the Guardian, just to name a few. It takes a lot of talent and intuition to make your interview stand out among all these titles. To lead the star you’re talking to, this total stranger, to the point when they just let you in, even if only for a tiny bit, to a place where you may actually converse. That’s gold dust. And here’s some for all of us.

Oh, you Italians! You are one of a kind. We don’t always follow your complicated way of narrating a story or giving directions, and you embarrass us with your amused gaze when we order our cappuccino in the afternoon.  END_OF_DOCUMENT_TOKEN_TO_BE_REPLACED

You probably need to live in LA or somewhere else in California, or at least in the freaking US, to fully grasp the phenomenon of Hollywood music clubs. So this will probably be kind of, well, interesting (at best) to tell the story of LP & The Sayers Club from the European (and outsider) perspective. END_OF_DOCUMENT_TOKEN_TO_BE_REPLACED

The interview for LOS40 she gave in November of 2016 is just a regular radio interview, a meeting between the artist and the host, and the aim probably wasn’t to make it the most sophisticated thing ever. Yet, there are two or three split seconds when, while listening to LP’s conversation with Tony Aguilar, you feel touched, moved, somehow lost in thought. END_OF_DOCUMENT_TOKEN_TO_BE_REPLACED