Is there anything less predictable than the music industry? Imagine: you’re days away from the long awaited release of your third album, but you’re having constant disagreements with your label about the record’s final shape. And so, first, the release is postponed, but a little bit later the album gets shelved for good. Having read the stories about the careers of different artists, we are still astounded by how common this scenario is. It didn’t spare The Veronicas either in their time with Warner Bros., who acted as the other party of this scramble. 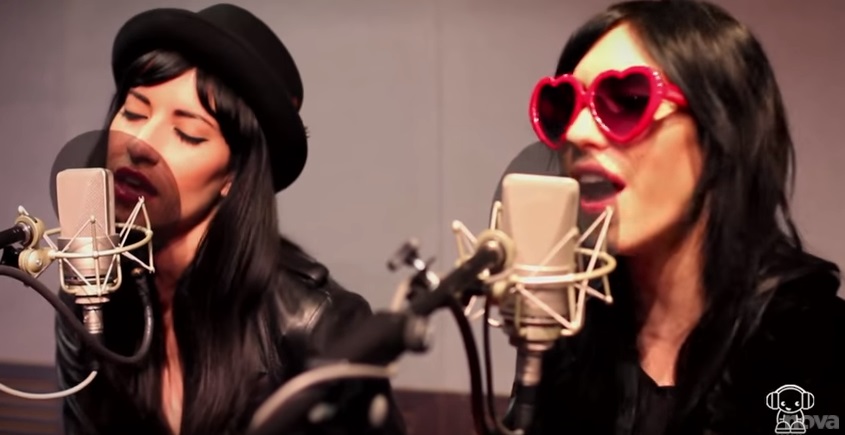 Still frame from the video of The Veronicas performance of “Lolita” for NOVA.FM

The title of The Veronicas’ third album, then to-be-released, was Life on Mars. It was mid-2012 when it became obvious to everybody that it was going to take another minute to put it out, and so they decided to release a teaser single, a song called “Lolita.” It’s an upbeat pop-meets-trance song, which, well, is not our cup of tea when it comes the genre. And maybe the track itself is a little bit too much for us, but!… When we heard the acoustic version of “Lolita,” performed by The Veronicas for NOVA.FM, we spent the rest of the evening with the song on repeat. (God, these sisters have good harmonies…) The acoustic arrangement is amazing, and it unveiled the complexity of the composition and, actually, its whole concept. This version somehow draws out the song’s darkness with different shades to the emotions and the drama, all of which being somewhat dimmed by the booming track of the studio version. It’s something to check out, absolutely.

The duo (Lisa and Jessica Origliasso, who are identical twins) wrote the song with LP and Toby Gad somewhere around 2010, most likely in Los Angeles. The title, “Lolita,” instantly brings to mind Vladimir Nabokov’s ingenius novel, and it is indeed about forbidden love, but the inspiration behind the song was a bit more complex, and also drawn from their experiences as young women battling an industry dominated by older men. They commented on it in an interview for Noise11:

“To us, Lolita is about power play,” says Jess Origliasso. “It’s the power play between genders and age groups, as well as people’s perception of taboo, boundaries, what is acceptable and what a Lolita is: She’s a bad-ass and she’s on a mission. She wants to destroy something, either her own perception of what’s right and wrong or everyone else’s. She wants to prove something to herself.” Her sister Lisa adds, “It’s kind of dark – it’s a little bit mysterious and a little bit provoking in a sense.”

When The Veronicas released their third album in 2014, under the umbrella of their new label, Sony, “Lolita” wasn’t included on the track list. The duo said to Pop Justice that it was because the song represented a very specific moment in time for them and also that, actually, it was never intended to be part of any album. The purpose for the release of “Lolita” in 2012 had been mainly to stir things up a little bit in Australia, their home country, because they hadn’t put out any new music for a long time at that point. And they managed to do it successfully, as the song has been awarded gold in the territory (35,000 copies sold).

When “Lolita” was released, MTV got all excited and gave the song some very positive feedback:

It’s as close to a perfect pop song as you can get in 2012. The girls have always been a little bit darker and more tortured than their contemporaries, and “Lolita” delivers on that realness. It features a pummeling house beat and twinkly spaced-out instrumentation, in a melodically soaring chorus that cuts like a knife, the good girls go bad. (…) It’s an exactingly gorgeous evolution of their brooding dance pop, but the thunderously squealing dubstep break makes it modern and radio-friendly. Consider us obsessed — and if Nabokov were still around, we’re pretty sure that dude would be too.

Well, we are maybe not that enthusiastic about the studio version, but we do love that acoustic version of “Lolita” we have for you today! It’s so beautiful and powerful, the energy just hits you to the bone. Two girls and a guitar – sounds innocent, but it’s nothing of the kind. And no wonder. It is, after all, Lolita.

✶ Acoustic version of “Lolita,” co written by LP, by The Veronicas (for NOVA.FM) 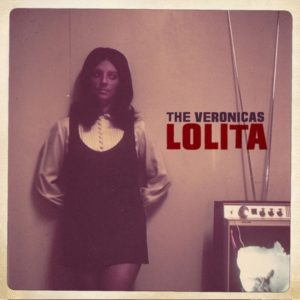 The artwork of The Veronicas’ single, “Lolita,” co-written by LP.

✶ The Veronicas – an Australian duo comprised of twin sisters, Lisa and Jessica Origliasso. They made their debut in 2005 with the successful album, The Secret Life of…

✶ Toby Gad – a German producer and songwriter, based in Los Angeles. He’s worked with and for Beyoncé, Madonna, John Legend, Fergie, The Veronicas, and Leona Lewis, among others.

✶ Studio version of “Lolita” by The Veronicas

✶ An interesting review of “Lolita” by Popbytes.com

It’s been almost four years since “Lost On You” exploded across Europe. In our old Europe, where the entry threshold for a US artist is truly high. END_OF_DOCUMENT_TOKEN_TO_BE_REPLACED

It was Alexia Ulibarri’s fashion show during the prestigious event, Fashion Week Mexico, which took place in Campo Marte, Mexico City, in April of 2015. The designer, and apparently a great fan of LP, presented her collection, Carlota (fall/winter 2015). During the show’s finale, LP performed “Into The Wild” solo on ukulele.  END_OF_DOCUMENT_TOKEN_TO_BE_REPLACED