If your radio played what our radio played in the summer of 2017, there was probably plenty of the Kodaline song, “Brother.” Sure as day, it caught our attention from the very beginning, and if we heard it in a more sensitive moment, it managed to make us quite emotional. These things will inevitably happen with bands such as Kodaline, won’t they?.. And so, we were simply defenceless when we stumbled upon this particular recording of “All I Want” which the band performed with LP back in 2014. The fact that it’s professionally recorded doesn’t help, so let’s make ourselves clear: this video can be your “tearful moment” on demand… 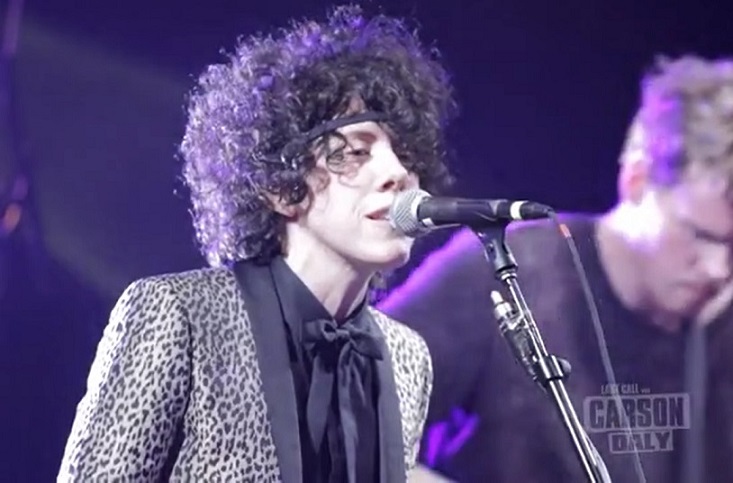 The video was recorded during the show in Los Angeles at the El Rey theatre, the very same place where LP played her triumphant final show off her 2017 American tour, just three years later. Back in 2014, LP was touring with Kodaline and opening for them, and she would also join the lead vocalist, Steve Garrigan, to sing their hit song, “All I Want,” together. In its entirety, it really is a moving piece of film.mThe way the performance was recorded is one thing (someone knew their job, no doubt), but also the form of how it was put together is quite unusual. So, when it all combines: the melody, the lyrics, the piercing vocals and the two screen split, it’s only natural that it brings a tear to the eye. Everybody has them somewhere, hidden behind eyelids, for so many different reasons. Something as random as a flashback or a specific scent can bring them out. Or a soap opera we happened to see, or a snippet of a song. One thing is certain: if we could choose a proper trigger, this “All I Want” video would just be it.

And there’s another thing to back up its uniqueness. How often does it happen that it’s not the front man nor the guitars that move you the most, but the percussionist and the way he plays his drums? This time, in this “All I Want” performance, it has struck us; we’ve seen the whole video a few times, but it’s the second instrumental solo (4:30 – 5:00) which we’ve found ourselves actually rewinding over and over again, and exactly because of the drummer, Vinny May. Vinny played his part so vigorously, with one drumstick turned over, creating this intriguing spacial sound of the floor toms. The drum pattern in this part of the song is airy yet intense, and makes the song pulse somehow. For us, it outshines all three guitars, in a good way. It’s just beautiful.

There’s simply no way we are ever going to touch LP’s writing or her lyrics, interpretation-wise. But these here are not her words, and therefore it feels somehow okay to linger around them a little bit. The incentive to do so being the way she distributed emphasis for her verse and how she pronounced the third line, placing all the focus there. A very subtle thing, but this is exactly what it takes for her to make a covered song her own. And in this case, because of the way it was sung, the line you took my soul and wiped it clean will stay with you for a long long time, we can guarantee that. And if not, just wait for the movie screens bit.

Now, we’re trying not to say anything like “and then, when she approached that mic stand” or anything like that, but seriously… (Btw, an article about her mic-approaching methods would be too much, wouldn’t it?) Well, anyway, once at that mic stand, she immediately reaches to the side of her head, a manually constructed in-ear monitoring, which, for us, in a flash brings back a memory of one other show, much more recent. And just as magical. In 2017, LP had Josiah Leming open for her over the course of her entire Spring American tour. And a couple of times, during his set, LP appeared on stage to sing one of his songs, “Six Dollar Check,” with him. It doesn’t take a lot of observation to notice that these two performances are strikingly similar. Whether it’s LP – the opening act, or LP – the star, she will just pretend she doesn’t exist half the time of the performance, then she will do her stunning guest vocals and, just as quickly, disappear before anyone notices. And in the meantime, she will also gaze into you as you’re singing your part. (Josiah got it worse, it was like 40 inches. Not ever willing to experience what that must be like.)

So, if you feel these tears that are somewhere there, and it’s time for them to be set free – play yourself a little “All I Want.” 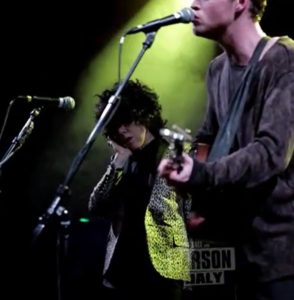 ✶ The “All I Want” video was recorded on February 27th of 2014 for the American late night show, “Last Call with Carson Daly,” featuring pre-taped musical performances and interviews with the artists.

✶ Kodaline is an Irish indie rock band formed in 2005 (until 2011 known as 21 Demands). LP was touring the US and Canada with the band as their opener in February and March of 2014.

✶ „Six Dollar Check” – a song by Josiah Leming. It tells the story of when Josiah got signed to Warner Bros. and what happened later. When they sing it with LP, they are like a sweet, two-people-large Warner Bros. fan club. Click here to see them singing the song together in Chicago last year.

So, what makes a true rockstar? At that particular moment, all we knew was that we had just been looking at one hell of a one. END_OF_DOCUMENT_TOKEN_TO_BE_REPLACED

LP and JD performed two songs: “Lost On You” and a cover of The Chainsmokers song, “Don’t Let Me Down.” Apart from their live stream, both songs were also recorded in very good quality and posted, by the radio, on YouTube.  END_OF_DOCUMENT_TOKEN_TO_BE_REPLACED

It was Alexia Ulibarri’s fashion show during the prestigious event, Fashion Week Mexico, which took place in Campo Marte, Mexico City, in April of 2015. The designer, and apparently a great fan of LP, presented her collection, Carlota (fall/winter 2015). During the show’s finale, LP performed “Into The Wild” solo on ukulele.  END_OF_DOCUMENT_TOKEN_TO_BE_REPLACED