As a songwriter, LP is so incredibly versatile, that when you go through the songs she wrote for other people, it instantly makes your head spin. There are all kinds of urban, dance, rock, and pop songs written with or for all kinds of singers – from widely known pop stars to niche indie artists. It’s hard to wrap your head around it, and it calls for respect for her vast skill and talent. It’s only natural that among this plentitude of songs, everybody has their personal favorites. We also found some gems in this diamond mine, and two of them, “Blackout” and “Medicine Man,” are the songs written by LP for the British singer, Charlotte OC. 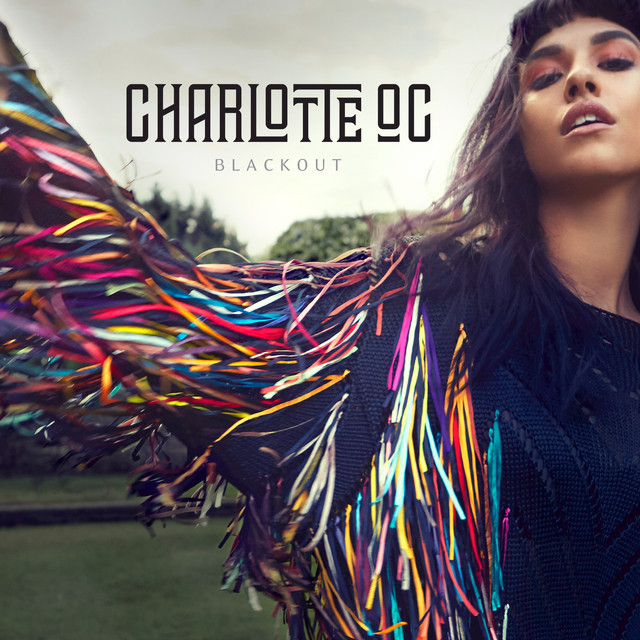 The artwork for the Charlotte OC single, Blackout

Charlotte OC’s story in the music business is no fairy tale. In 2008, at the age of eighteen, she got signed to a major label, Columbia Records, which initially wanted to release at least four albums by her. But the deal didn’t work out and she was dropped. Then, in 2011, she released an album “For Kenny” under her real name, Charlotte O’Connor (the album is still available on Spotify and iTunes.) And then she changed her stage name to Charlotte OC and released three EPs in the following years (Colour My Heart, Strange and Burning). Finally, she released her full-length album, Careless People, on March 31st, 2017, on Harvest Records. When she talks about this album, she refers to it as her debut.

Around 2014 or 2015, LP and Charlotte teamed up and wrote two songs, “Blackout” and “Medicine Man,” and they both appeared on the Careless People album. “Blackout” is an album-opening song, while “Medicine Man” is the third track. Both songs have been pointed out as the highlights of the record. The Clash magazine wrote: “The brooding pop-noir of ‘Blackout’ kicks off a three-pronged attack including the crossover pop of ‘Darkest Hour’, and the glittering tapestry of ‘Medicine Man.’”

“Blackout” is a beautiful opener for an album that speaks about the emotions so intensely. The very first line of the lyrics, Oh, let the love begin… calls for your attention and makes you stop for a moment, and just listen. It is not a track that sinks in straight away, but rather grows on you slowly, artfully sneaks up on you, drills your mind down with its smoky guitar, haunting background, and sublime, but tenacious, beat. Nevertheless, the arrangement is not overloaded in the least, quite the opposite – it’s a surprisingly minimalistic, irresistable, hypnotic mix. Add Charlotte’s clear vocals, and her strong focus on the words, and you get quite a fresh and edgy song. A  French magazine, Stars Are Underground, asked Charlotte in April of 2017 to talk a bit more about this song. She shared the story about writing it with LP and explained a bit of the song’s background:

I wrote that song with the singer LP, as well as “Medicine Man.” She came to one of my sessions, during which I was homesick. I was pretty anxious, and Tim Anderson and me, we already had written a part of the song. And I had some trouble with that piece, it took me too close to home, I broke into tears a lot, and it didn’t take much for me to get to that point. So, she arrived, and she helped me to take the words to a higher level. In general, that song is about being anxious but meeting someone who helps you to get out of it, who leads you to the light, ‘cause when you are depressed it’s a bit like the light is sifted, nothing is bright anymore, the world looks different. That’s why it’s called “Blackout,” that’s the way I felt.*

The second song written with LP,  the sultry “Medicine Man,” wins the first battle for the listener’s ears. Its heavy drums fused with the spacious guitar and the beautiful, poetic lyrics create a seductive effect and you fall in love with the song on the spot. Charlotte said to Interview magazine that the song is about the time when she truly fell in love with someone, and about that moment when you actually feel yourself changing and growing in a different way. A few months after the song’s release, Charlotte published a video to “Medicine Man.” It was praised by the media and described as elegant and very emotional. It was produced by Vulcan Productions and features New York City Ballet dancer, Tiler Peck, who loved Charlotte’s voice the moment she heard her sing. Her dance is a thrilling improvisation captured on film.

Charlotte recorded her vocals for Careless People in London, while the songs were recorded in Los Angeles. When asked by ANCHR Magazine how she felt about LA, recording her songs there, Charlotte answered that it was weird and “wrong in so many ways, but also so right.” We have to admit, this interview, in general, is a really cool read. When we browsed through the Careless People booklet, two familiar names caught our attention: Nate Campany (“Running Back To You” and “I Want Your Love”) and Linda Perry (“Where It Stays.”) Nate and LP have worked together on many occasions, writing together “Lost On You,” “Strange,” “Other People” and “When We’re High” among others. With Linda Perry, LP worked years ago, on the song “The Darkside.” It appeared on LP’s second solo album, Suburban Sprawl And Alcohol.

Charlotte says that Careless People “is a collection of songs about being reckless in love, out of love and overall carelessness.” The promotional singles for the 11-track-long record were “Blackout” and “Darkest Hour.” The album as a whole gained very good reviews, not only in terms of Charlotte’s vocals, but also in terms of the songs themselves which proved that pop doesn’t have to be shallow or boring. 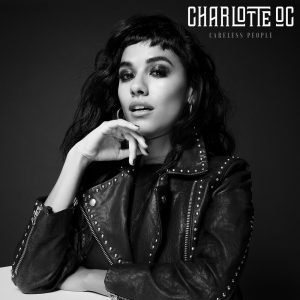 The artwork for the Charlotte OC album, Careless People

Interestingly, Charlotte made her US live debut in 2014 in Los Angeles, in a club no other than… Bardot. Three years later she debuted on US television on Late Night with Seth Meyers, where she sang “Darkest Hour.” LP saw this performance, and commented on it in the interview she gave for Idolator, saying she thinks Charlotte killed it, and that she is really excited to have a song on her album. She described Charlotte’s voice as “fucking nuts,” which is about right.

The outcome of this collaboration turned out amazing – we absolutely love both “Medicine Man” and “Blackout,” and we can’t really decide which one of these two is the favorite. It depends on the moment. Probably “Medicine Man” now. Or maybe “Blackout” after all? Let us check…

* Thank you, Veronica Tedderson, for your beautiful French-English translation!

✶ “Blackout” is written by Tim Anderson, Charlotte, and LP. Tim was responsible for not only production but also played the instruments and did the programming. The track was released as a single in August of 2016.

✶ According to the booklet, LP is the main writer of “Medicine Man.” The credits for the song are as follows: written by LP, Charlotte O’Connor, and Jon Levine, produced by Jon Levine, who also played the instruments, apart from the drums (played by Aaron Sterling). The song was released as a promo single in February of 2017.

✶ Tim Anderson – an American, Los Angeles-based songwriter and producer. As a songwriter, he collaborated with Lykke Li, Michael Franti, and Charlotte OC, among others.

✶ An interview with Charlotte by ANCHR Magazine

AMG: Do you have any strange of funny stories from the road?
LP: We were in the backwoods in this random, random Starbucks and then Montell Jordan said ‘hi’ to me. The girl he was with said she liked my shoes. If that’s not awesome, I don’t know what is. I don’t know, there’s a lot of things that happen on the road that can’t be spoken of. The road is like Vegas. Things happen.  END_OF_DOCUMENT_TOKEN_TO_BE_REPLACED

The video itself is a treat and we especially like the moment when LP walks the streets of London. She talks about her career and also explains what, in her opinion, is important when you’re a young artist. END_OF_DOCUMENT_TOKEN_TO_BE_REPLACED

So, “Black Dog.” After watching “LOY” and “No Witness” at Jools, followed by ITV’s “LOY” again and “Halo” we were, like, “…ok, how about watching a little ‘Black Dog’ by her?” So we did. And after we saw it, we knew it’s something to write about as our next material for you.  END_OF_DOCUMENT_TOKEN_TO_BE_REPLACED