Out of all the songs that LP has written for other artists, if we were to point out which vocal hooks we loved the most, we wouldn’t hesitate for a second. In this, there is simply nothing better than a little “every day, every day, every day…” here and “I-I-I-I-I got nothing to lose” there. (Ah, here we go again, with these two cuties stuck in our heads this evening!) They are the quintessence of truly fresh and catchy pop songs, the songs we have for you today: “Every Day” and “Nothing To Lose” by Nick Fradiani. 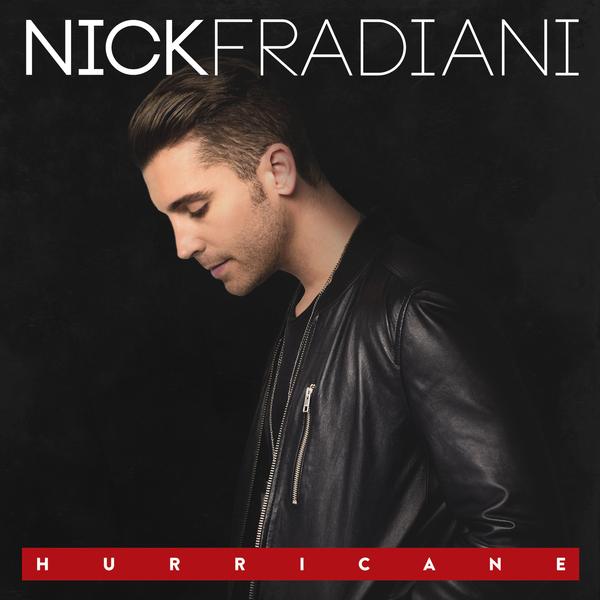 Oh, we love ourselves a few good pop tunes. They can pump up your energy sky high, regardless of their topic. (Just take a look at what we have here: in “Every Day” there’s this intense heartbreak, while in the second one, “Nothing To Lose,” there’s a story of how one can screw up a relationship that was actually really something. Pretty miserable, isn’t it, so why are we dancing?) In general, pop music might just be the toughest of all genres, because it may seem like it’s almost too easy to write a song of this kind. After having listened to a lot of random pop albums lately, it looks, to us, as though many have fallen into this trap. There is so much out there, but it is really hard to find good stuff and pop music is too often unbearably shallow. But if you stumble upon something pop and really good, it turns you on, something clicks, and the music just takes you, sweeps you away…

“Every Day” and “Nothing To Lose” were written for Nick Fradiani’s debut album, Hurricane, which came out in 2016, after Nick won the fourteenth season of American Idol in May of 2015. The whole thing is definitely pop and surprisingly nice. Especially the first two songs, there is such energy to them that you just can’t get enough. And those sick vocal hooks! They will drive you crazy and leave you wanting more.

The writing sessions probably took place soon after Nick’s big win. Usually, the winners of talent shows don’t get to write their own material afterwards, but rather they record songs as their label sees fit. In this case, however, Nick really wanted to be a relevant part of the writing process and, as a result, he actually managed to be the co-author of every single song on the album (except for his show-winning song, “Beautiful Life”). Given the context and that the talent shows realm has its own laws, it really is impressive.

From how he describes it, it seems that Nick remembers his cooperation with LP quite vividly. She showed up in the studio with a couple of ideas which made it onto the record, including this incredible “every day” hook. And as she explained in many interviews, this is how she writes in general. She collects snippets, titles, words, ideas, writes them down in her phone and later she just plays with them in the studio. She loves to collaborate, both when it comes to writing her own material and when she writes for other people. Whenever an artist or a songwriter mentions her in this context, they usually describe it as a very special experience. We remember in particular Charlotte OC mentioning it regarding one of our favorite songs which LP co-wrote, “Medicine Man.” Charlotte broke down in the studio and felt she couldn’t move forward with the lyrics. LP showed up, stitched it all together and, basically, saved the song. LP sometimes says that whatever path she would have chosen in the past, if it wasn’t music, she’d definitely always like to be involved in people’s well-being. Like a therapist. So, what has struck us many times is how other artists talk about working with her in the studio, like she was this inspiring mentor and coach, who helps these other persons express themselves properly and say what they want to say. We wonder if it was similar for Nick. This is how he told  the story of how they met and wrote “Every Day” to Billboard:

“Every Day” was produced by Päro [Pär Westerlund] from Sweden. We went to a studio in Calabasas and hit it off. It was me and him and this girl named LP [Laura Pergolizzi] walks in and she’s a character. She wears these big hats and looks like Bob Dylan. She came up with, “Every day, every day” and the melody and then we wrote that song. It was basically me singing “Every day” and Päro screwed with the tuning and made it this cool thing. It sounded sick and I sent it to my managers. They liked it and that was it.

And then, in the same interview, he also told a little bit of a background of the other song he wrote with LP, “Nothing To Lose”:

I came up with the first line, ‘Waking up inside my head, dreaming about what could have been,” so right then we said we should write about screwing up. I think everybody has screwed up in relationships. I certainly have a lot of experience doing that, and the song is about realizing you can’t lose that one person. I wanted that to be the first single after “Beautiful Life,” because we played it live a couple times and you could see people singing along even though they didn’t know it. They were singing it after hearing one chorus. That’s why I personally wanted that one to be a single. I always love playing that song.

Both songs are uptempo, both have catchy choruses perfect for a sing along. And both are about these toughest moments in a relationship. But the writing team managed to escape the dangerous zone of writing the same song twice (for “Every Day” it was Nick Fradiani, LP and Paro Westerlund, for “Nothing To Lose” the three of them teamed up with Marty James). In fact, both songs are distinct, musically and lyrically, and pleasantly refreshing. So put them on, they will cheer you up even when you’re kind of deflated and when things seem hopeless. Promise.

✶ “Every Day” by Nick Fradiani, co-written by LP (Spotify)

✶ “Nothing To Lose” by Nick Fradiani, co-written by LP (Spotify)

Thank you, Fradiani Fever, for your help with the detailed credits for “Every Day” and “Nothing To Lose”!

✶  Nick Fradiani – an American singer; he was the lead singer of the pop/rock band Beach Avenue before starting his solo career in 2015. His debut solo album, “Hurricane,” was released in 2016 after he won the 14th season of American Idol.

We already wrote a bit about the Zermatt Unplugged festival and our impressions from LP’s concert. For us it was pretty amazing experience for a good bunch of beautiful, almost magical reasons.  END_OF_DOCUMENT_TOKEN_TO_BE_REPLACED

It’s probably a bit late for this, 15 months in, but we feel we should explain the idea behind our “outstanding performance” series. An interesting thing about the general idea of standing out is that there’s always some grabbing element to it. And whenever you get to be the receiving party, you’re granted this rare opportunity of letting it influence you in some peculiar way. END_OF_DOCUMENT_TOKEN_TO_BE_REPLACED

Since LP feels quite comfortable and natural in our European home, she speaks to us all as if we were born in New York. Well, we’re not (still, it’s lovely of her to do it). But nevertheless we gave it a try, you will find the transcript below.  END_OF_DOCUMENT_TOKEN_TO_BE_REPLACED