If we were to ask LP just one question, we’re pretty sure it would go: Why do you always giggle when you mention Joe Walsh? 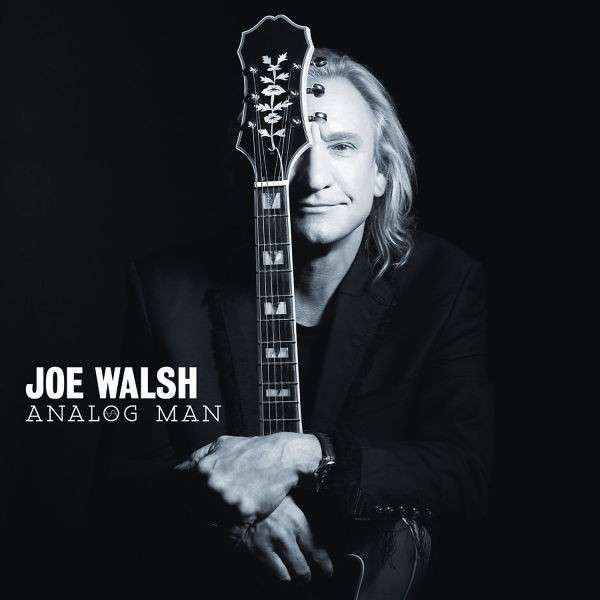 Circa 2007. LP and Rancid’s Tim Armstrong are writing songs for LP’s new album, scheduled for release in 2008. Among other songs, they write “Hi-Roller Baby.” | Joe Walsh is about to release his first, all-new album with the Eagles in the past thirty years, Long Road Out of Eden.

Circa 2009. Nothing has come out of LP’s efforts to release her new album over the three previous years, and she chooses another career path – writing songs for other people on a publishing contract. Alongside over one-hundred other songs “Hi-Roller Baby” gets shelved. LP’s songwriting talent takes her places immediately, though: her songs find their way onto the albums of Rihanna, Christina Aguilera, Leona Lewis and Cher. | Joe Walsh is in the middle of his three year long tour with the Eagles.

Circa 2011. After a few years of supporting other artists with her writing, LP comes back to writing songs for herself and signs a contract with Warner Bros. She writes songs for her new album, scheduled for 2012. She never comes back to her old songs, “Hi-Roller Baby” included. | Joe Walsh is finally done with his giant tour with the Eagles and he decides to get to work on writing his new solo record. Tim Armstrong pays him a visit and he plays a couple of demos for him, including one he wrote four years ago with that girl, LP…

At the end of the day, Joe Walsh releases his seventh solo album, Analog Man, in 2012. The song “Hi-Roller Baby,” written by LP and Tim Armstrong, makes it to the album even though, as Joe puts it in a conversation with Billboard, That song doesn’t sound like all the other ones, that one sailed out in a different direction.

Every time LP says how unpredictable songwriting is, she dishes up several incredible stories, and this one just takes the cake. After all, what were the odds that a song written by a punk rock legend and a new, upcoming artist for her indie pop/rock album that was never released would find its way to the solo work of a rock legend four years later? And, by the way, do you know why Tim and Joe met for a session at all? Because they had the same lawyer, who happened to suggest that they should try and work together… and they did! Anyway, in 2014, while talking with Guitar Center Sessions, LP harked back to that unexpected collaboration:

I was writing a rock song with Tim Armstrong from Rancid. He’s great. We wrote that song for me. I was put with him in 2007, something like that, for my own thing. And then four, five years later, Joe Walsh cut it. That’s what I mean about a song, the power of a song, it’s very interesting that that would happen.

As her Billboard interview, dated December 2018, proves, LP has been invariably surprised by this fact since 2012. First, when asked to name a song she can’t believe she co-wrote, she says “Hi-Roller Baby,” and then she adds: Okay, very strange, very cool, Joe Walsh from the Eagles is singing a song I wrote with Tim Armstrong from Rancid! And Joe Walsh was surprised by having used this song as well. It wasn’t exactly what he had planned for his record but, as he told Billboard, the song grew on him to the point of not only using it, but also googling this other writer behind the track:

That was written by a guy named Tim Armstrong, who comes from a band named Rancid. […] There’s another girl he wrote it with named LP, a young kid who has written some songs for other people, and I have to recognize her. I YouTube’d her, and she’s pretty darned brilliant.

It would be cool even if the story stopped here – a rock hero looks you up and finds what you do brilliant! – but it gets better. The follow up surfaced in 2014, when LP was talking to WFPK Radio Louisville. As it turned out, what Joe saw on YouTube impressed him enough to make a phone call:

He’d called me, ‘cause he didn’t know… He knew I wrote the song, but he didn’t know that I was the “Into The Wild”-singer. I guess he really liked that song.

Well, whenever we see Joe in some music documentary, he strikes us as a good, honest guy. But as far as our observations go, it’s really quite rare, even for good honest people, to pick up the phone and call the writer who put together this song they’ve just recorded. Small gesture, but of infinite power, and so rarely done. So, respect to Joe here.

Funny thing – LP released her single, “Into The Wild,” in May of 2012, less than a week before Analog Man premiered in June. LP says that “Into The Wild” is her take on technology and the incalculable changes it may bring to the world. Now, just look what Joe Walsh says about the title of his album:

I had to learn all the digital technology as much as I could. But I don’t know where it’s going yet, so I’m just a little leery of it. I know it ate the music industry infrastructure, I know that it ate intellectual property, and to some degree it ate radio, and I’m just not 100% for it until I see what else it eats. I hope it doesn’t eat me.

Seems like Joe’s lawyer is perfectly right – some things are just meant to be and some people simply should work together, even if it doesn’t make any straightforward sense.

Which, still, doesn’t quite explain the giggling.

It’s a hustle – yeah you’ve got your stories
(You) Say you’re old and you’re 25, it’s a…
Dirty world but you’re not frightened
Your so sure, you’re so enlightened…

You can laugh with your friends
When you see my walk by… try to fool me
Come on honey, yeah ya… like your money
But your cash flow can’t keep you warm at night

✶ Joe Walsh – a legendary American guitarist, songwriter, producer, singer and session musician. Most famous for being a member of the Eagles. His guitar in “Hotel California,” which is in fact an interplay between him and Don Felder, has been named one of best guitar solos of all time.

✶ The Eagles – an American rock band, one of the best selling bands in history. Their breakthrough song was 1976 “Hotel California.”

Other than that, she’s working with Rob Cavallo on what is going to be (in two years…) the Forever For Now album. She’s touring extensively, promoting her Into The Wild EP, and she’s recording songs for her ukulele cover series (and explains why “Creep” didn’t make the cut). And she’s writing songs for other people (and speaks about her by-gone approach to it.) END_OF_DOCUMENT_TOKEN_TO_BE_REPLACED

“Porcupine” is a light, countryish love song, which seems to be a bit of a dialog with Frank Sinatra’s “The Lady Is a Tramp” when it comes to the lyrics. Anyways, said Lady and that Porcupine girl would probably have a good time going out for a beer. Even if it was a PBR.  END_OF_DOCUMENT_TOKEN_TO_BE_REPLACED

LP played a couple of songs there, “Into The Wild” and “Tokyo Sunrise.” She was supported by her guitarist, Tim Fagan, playing on the twelve-string guitar and the drummer, Aaron Steele. It was a truly acoustic set, but it apparently needed some upgrade in the form of some cloth for better sound on the drum (or something).  END_OF_DOCUMENT_TOKEN_TO_BE_REPLACED