LP often says that she considers herself to be “a songwriter above all,” and quite the songwriter she is. We enjoy following the work she does for other artists very much. Discovering what she’s written for others is always fun, and very often surprising. Therefore, we remember very well when we learned, about a year ago, that LP wrote “I’m Still Hot”; we were both like, “No way!” We love such moments so, very much. 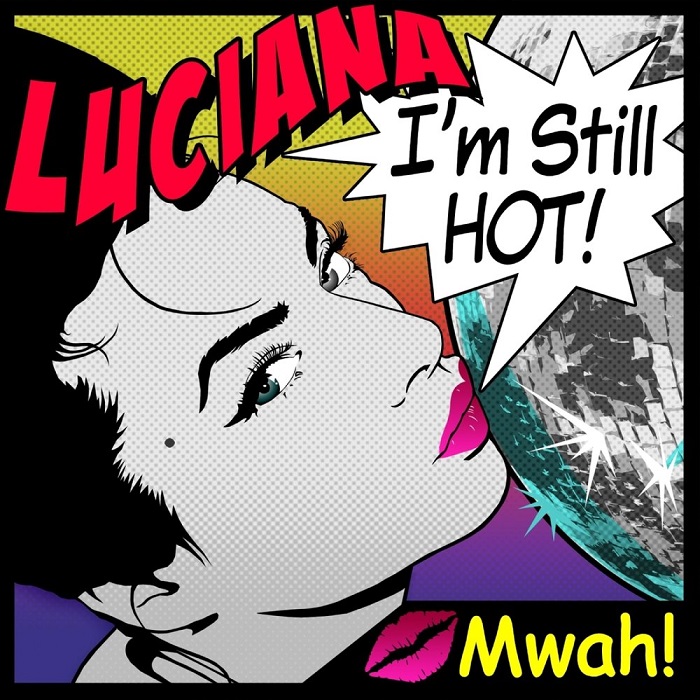 We’re not exactly into dance or club songs, but back in 2011 there was absolutely no way to escape “I’m Still Hot,” performed by Luciana. Wonderland Magazine described it as a “massive online sensation in the US.” The song was literally everywhere. In the US, in October, it reached #1 and stayed on the charts for 13 weeks. Three months later, the Billboard year-end chart for Dance/Club Songs listed it as #48 (Rihanna’s “California King Bed” reached #47, not bad company, huh?).

“I’m Still Hot” was written by Dave Audé, Luciana Caporaso, LP, Nick Clow and Jeff Haddad, and was released by Violent Lips Records in April, 2011. The song was produced by Dave Audé (remember “Come On & Get It”? It’s the same guy!). The track has been released only in a digital format.

In an interview Luciana gave to Guidetogay.com in 2012, she told of the origins of that track and it’s a really cool story! Let us just quote her:

My manager at the time was going out with a Russian supermodel. This is actually true! She was a Russian supermodel – the front cover of all the magazines, really, really beautiful. He said to her, ‘No matter what you do, you’re still hot.’ He was like, ‘Even if you’re just getting out of bed, you’re still hot!’ So we wrote this track for her. We thought it would be really fun, really tongue-in-cheek for her to sing it. But because she’s Russian, she couldn’t sing it. It just sounded really bad when she sung it. It made it really unsexy. Then I put a demo out, and she tried to sing to the demo, but it just wasn’t working. So they kept me, because it seemed to work.

There is even more to say about “I’m Still Hot.” Five months after the original release of the song, Luciana released another version of it, featuring the legendary actress, Betty White. It was released as a digital single and followed by the premiere of the video two weeks later, which coincided with the celebration of Betty White’s 90th birthday. This version of “I’m Still Hot” was made for the campaign of a life settlement program, The Lifeline. The story of involving Betty in the project puts us into a “everything happens for a reason”-kind of mood, because, well, this collaboration probably wouldn’t have happened if Luciana didn’t sniff the armpit of a stranger one night. And then LP, together with the other authors of the song, wouldn’t have got the SILVER TELLY award for the video “I’m Still Hot ft. Betty White”.

Handing it over to Luciana again, for Miami.Gopride.com:

I was in a gay club and these two guys were, like, 6’4″ big muscle men. Someone asked me to smell their armpits. (…) So when I smelled his armpit, it was very pungent. They said that they wash, but not their armpits. We got to talking and one of them worked in an office. They had put together nine ideas for Betty White, to do an excerpt for Life Line Insurance, which is something she supports. She didn’t like their ideas, so they wanted to use the ‘I’m Still Hot’ song for her because she is still hot at 90 years old. She loved the idea and, all of a sudden, I am in a video with Betty White. She was in my studio at 9:00 a.m. and that is so early for a musician. She was in my house, eating sandwiches, and I asked her if she wanted a shot of vodka. She said, ‘No thank you, dear!’ It was very strange and fabulous at the same time. I cried.

✶ Luciana – dance music recording artist, actress and songwriter, born in the UK. When “I’m Still Hot” peaked number one on the U.S. Hot Dance Club Songs Chart, it marked Luciana’s first ever song to chart in the US as a solo performer. Her second #1 single in the US was “Yeah Yeah 2017,” on which she also collaborated with Dave Audé.

✶ Betty White – comedian and actress, with the longest television career of any female entertainer.

✶ The Lifeline Program – a life settlement program; in a “life settlement” transaction, a life insurance policy owner sells his or her policy to an investor in exchange for a lump sum payment. The amount of the payment from the investor to the policy owner is generally less than the death benefit on the policy, but more than its cash surrender value.

The front row is the worst. You can hear nothing, you can see nothing, everything is too close and too intense, you notice mostly the tiny details and miss the full picture, and what you get left with in the end are not clear memories, just ethereal impressions.  END_OF_DOCUMENT_TOKEN_TO_BE_REPLACED

There are virtually no questions, “just” an eloquent conversation between LP and Mike Mettler that takes us from discussing the problems with the Forever For Now album, through talking about the power of “Muddy Waters,” to going into details of the who’s and how’s and why’s of what inspires LP musically.  END_OF_DOCUMENT_TOKEN_TO_BE_REPLACED

The interesting thing about Nic’s programme is that his guests are invited to exactly the same set of 21 questions. Meaning, every single person is asked exactly what the others were. One could think that this might turn out generic, that it’s a gimmick, a journalist’s clever idea, easy to get away with, to invest little and to get a huge return. END_OF_DOCUMENT_TOKEN_TO_BE_REPLACED