“Into The Wild.” LP must be especially fond of this song, because as much as three different versions of “Into The Wild” have been officially released so far, appearing on three LP’s records. How cool is that? 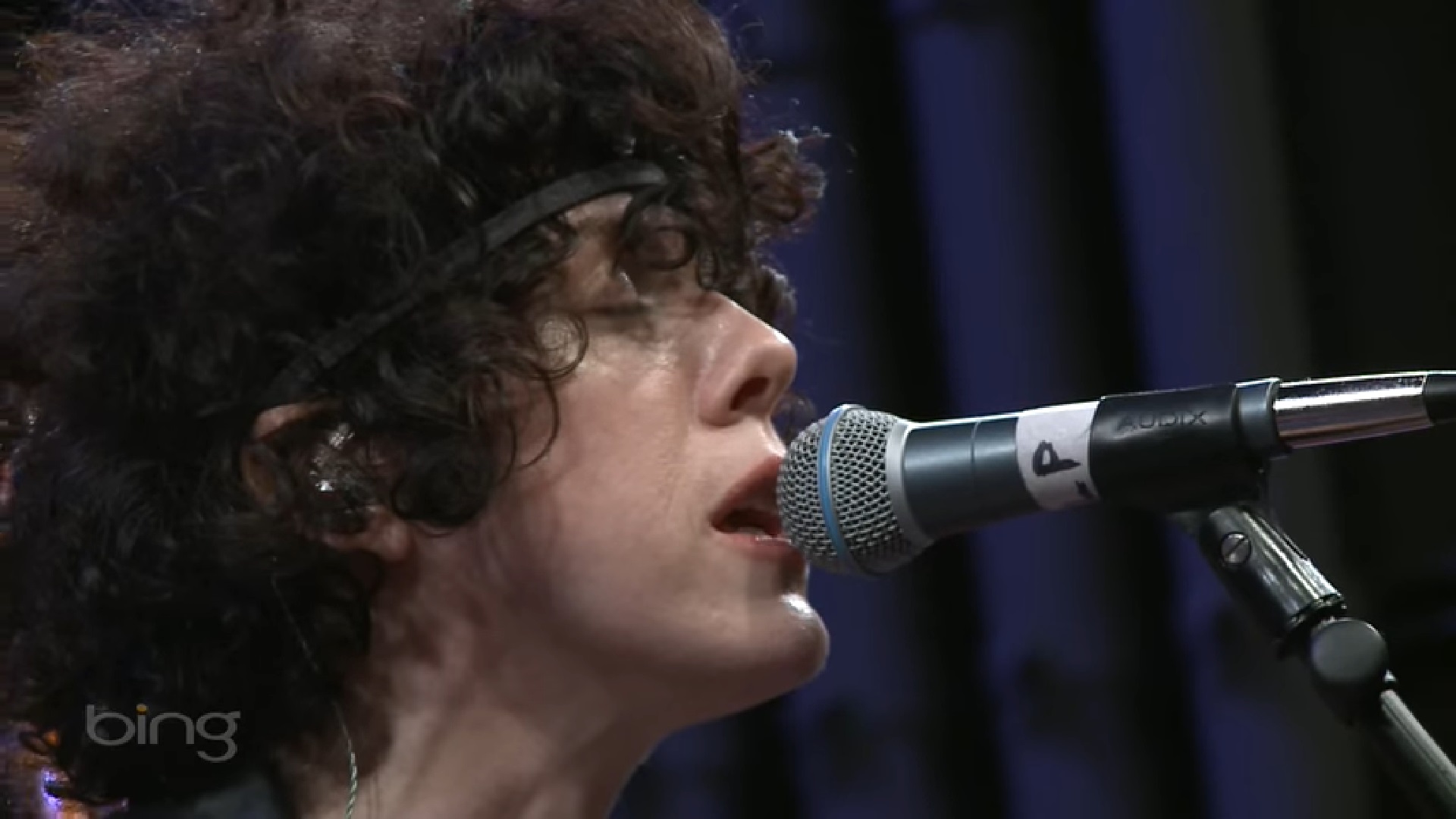 A little bit of background. Somewhere around 2008, LP moved away from writing for herself. She dived deeply into songwriting for others, and was collaborating with many people in the industry, creating songs of very different genres. She usually calls this period in her career “songwriting school.” Back then, she was trying to get a lot of writing sessions to write as many songs as possible. After a while, during this time, she discovered the ukulele, and she  instantly fell in love with it. This instrument was easy to sneak into the writing room, it wasn’t a burden, and at the same time its sound was so appealing to LP that, unexpectedly for her, she started writing songs for herself again. In her words: The instrument spoke to me, and it kind of opened this place in my heart that felt very unencumbered (Artbound interview, 2014). One of the first songs LP wrote with the ukulele was “Into The Wild,” and that was a song she wrote only for herself.

LP says that the inspiration behind the song was technology and its wild development, which is getting faster and faster every year, and also its unknown influence on our lives in the future. She wrote the melody first, as she usually does. When the line “into the wild” came to her, at first she hesitated over if she could even use it, because there was a book and a movie of the exact same title. Then she decided to do it anyway. It was also the very first song where LP used her whistling. And there’s a sweet story behind that as well: she was sitting in the studio, whistling unconsciously some melody, and suddenly the producer said: “What is that? That’s great!” and asked her to lay it down immediately.

After recording “Into The Wild,” LP put it into her catalogue. Around that time, Citibank was looking for a song for its TV commercial. Not expecting any response, LP sent “Into The Wild,” as she had submitted many songs for commercials, movies and sitcoms in the past. Most of them hadn’t been chosen in the end but this time, “Into The Wild” was actually picked up by Citibank, much to her surprise. As a result, it appeared on their commercial, which created quite a buzz around LP in 2012. The response was huge – suddenly everybody in the States knew the song and people wanted to see her live. Surprisingly, Citibank decided to use the pre-chorus, not the chorus, and LP was disappointed at first, because in her opinion the chorus was much stronger. And so the most famous line of “Into The Wild,” instead of “into the wild,” became, well, “somebody left the gate open.”

To us, the most surprising thing about “Into The Wild” was its presence on the Lost On You album tracklist, just two years after it had been released on LP’s previous album. Interestingly, those two studio recordings are not the same. The pace of both versions is similar, but the Forever For Now version is much louder and seems accelerated, while Lost On You version is much more toned and tender. While it’s clear why LP would put a studio version of this song on Forever For Now, after she had released a live version on the EP a couple of years earlier, we wonder what the reason behind putting it on the Lost On You album again was. Was it because LP wasn’t happy with how “Into The Wild” was produced for her previous record? Could be, as she stressed many times that the album Forever For Now, in her opinion, got out of hand at one point and therefore was overproduced. Maybe the reason is completely different. And maybe it shouldn’t be of anyone’s concern. As LP said in the on-stage interview in Radio Trójka: “I just do what I want.” Maybe that’s the answer.

It’s worth mentioning that LP was planning to release her album Forever For Now around 2012, but it had been postponed for another two years, partially due to the success of “Into The Wild.” There was a huge demand for her performances and LP was touring with her band very intensively during 2012-2013. She played a zillion shows during this time, including countless festivals and events. Many of them were recorded and are available online. It’s interesting how different those festival performances are from how LP sang “Into The Wild” in studios and on the radio. Circumstances for those performances were incomparable, so those differences are perfectly logical, yet one can’t help noticing (and enjoying) them. It’s also interesting how the way of singing “Into The Wild” has been evolving through time, year by year.

We gathered some performances of “Into The Wild” and composed two different playlists. On the first one, you’ll find five truly beautiful performances of this song, our favorite so far. As for the second one, well, you can grab a beer and follow LP’s festival tour to get a sense of how it looked for her and how different those performances are from what you can watch on the first playlist. Have fun!

✶ “Into The Wild” playlist – our favorite performances

✶ “Into The Wild” playlist – Festivals

✶ “Into The Wild” has been written by LP and PJ Bianco.

✶ “Into The Wild” has been released on three LP’s albums:

✶ In 2012, LP released an official video for “Into The Wild,” which is an interpretation on the theme of Thelma and Louise.

✶ Here you can watch the Citibank commercial featuring “Into The Wild”

We’re not exactly into dance or club songs, but back in 2011 there was absolutely no way to escape “I’m Still Hot,” performed by Luciana. Wonderland Magazine described it as a “massive online sensation in the US.” The song was literally everywhere.  END_OF_DOCUMENT_TOKEN_TO_BE_REPLACED

When LP opened her American tour back in February, she put one new song on the setlist, the brilliant “Girls Go Wild.” In June, she kicked off her Summer European Tour similarly, introducing another new song, “Dreamer,” at her tour opening show in Italy. END_OF_DOCUMENT_TOKEN_TO_BE_REPLACED

We absolutely love this video, and LP is flawless in her singing as always, but what particularly caught our attention were her comments between songs. Check it out & have fun! Important: the concert starts at 22:03 of the recording, so go ahead and fast forward to it.  END_OF_DOCUMENT_TOKEN_TO_BE_REPLACED