“I love America!” – the CEO’s nasal voice brings my wandering mind back to the lifeless conference room. “Everything is so quick and clear cut. And here, in Europe… emotions, emotions, emotions! Horrible!” I shake my head implicitly and blink a couple of times to revive my shattered neurons. Suddenly, for the first time in years, I am glad to have attended an end-of-quarter turnover summary meeting. Excited (and I rarely am), I quote what the CEO said once I’m safely home. And it gets the both of us stirred, and thinking, and talking. 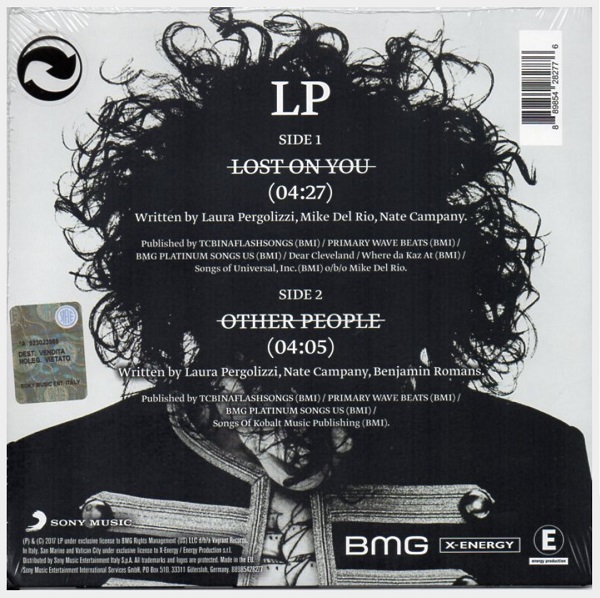 The artwork for the “Lost On You” single back cover

It’s been almost four years since “Lost On You” exploded across Europe. In our old Europe, where the entry threshold for a US artist is truly high. When it comes to indie music, we prefer our own, we warmly invite the exotic and have always watched the Americans curiously, yet suspiciously. Even though we’re talking alternative music, the mainstream-radar is always on, scanning the songs for any trace of dishonesty. With our kind of art, it’s pretty simple – there must be blood, sweat and tears. And no faking. This brutally picky nature goes hand in hand with a kind of struggle when we try to scout the American genre grounds, if only to take a look. It’s all so unfamiliar – folk, Americana, western… we weren’t born into that. So, it’s quite a relationship, between Europe and American music. Great and complicated. But “Lost On You” worked its way through this minefield, and with ease.

Burning like embers, falling, tender
Longing for the days of no surrender
Years ago
And will you know

For the two of us, it happened by accident. Just a fritter, a tiny snippet of the chorus we heard in passing, nothing more. What struck us was just the pure intensity. Some unavoidable emotion. A piece of sonic and lyrical design so very haunting that it actually pushed us make that effort and look things up (and, well, it was a leave-me-alone-full-stop period in our lives.) Couldn’t shake it off.

The lyrics of “Lost On You” are one of the most poignant, acute few lines of the decade. Emphatic, sharp, vivid yet cagey and poetic. But then very real and down to earth. How they materialized on the album is just remarkable, as the song is a day-of-demo vocals. It turned out, what had come to life in that first breath was exactly what wanted and needed to be out there.

Speaking of words, it’s been a very interesting thing to observe how this little piece of lyrical fancy, the song’s title, took on a journey of its own in all these non-English speaking countries. “Lost on you.” The phrase is quite rarely used and not so obvious to foreign ears. It has probably been more often misinterpreted than understood, and frequently mistaken for “lost in you…” So, the striking thing is that the burning emotion behind LP’s vocals sometimes has been interpreted not as a pleading and despair, but actually the other way around – as a heartfelt confession of deep love and true devotion. Amazing, isn’t it? When you really think about it, and about the reasons behind that pleading and that despair, it turns out that that other interpretation actually works, too.

Let’s raise a glass
Or two
To all the things I’ve lost on you
Tell me are they lost on you?

Huh. Exactly. “Lost On You” is all about that suffering and that loneliness, but its brilliance lays also in LP’s bold side commentary on what romantic relationships are about. She tells you directly that yes, all that romantic shit should be in its right place of course, but there are limits to how long only one party can keep on investing. (And, hey, isn’t that true for each and every relationship?) When it comes to the heartbreak songs, the explicit way this message echoes all over “Lost On You” is beautifully fresh and upstream. Punk-ish at heart.

Being a great wordsmith in general, LP has a rare knack for making people understand what they feel. Her music and her stage presence, the way she delivers her messages, have the power to bring hidden emotions to the surface, helping them percolate to your consciousness. What she does is like a good therapy session – just the way she puts things in words, they start a chain reaction in your head, and there’s no way back. You have to finally meet yourself.

All in all, “Lost On You” is a transformative song. It didn’t manifest immediately, as things often don’t. But now, knowing how many people the song has had a huge impact on (the artist included – or maybe first and foremost) it’s clear that there must have been something in the water. And it finally gained a voice.

From a business perspective and how we feel the music world may work, none of that should have happened in the first place. What are the chances that some guy with great taste would hear a song, would instantly love it and decide to actually do something about it, leaving no stone unturned; first he’d try to get in touch with LP’s label and management with no success, quite obviously. But then persistently seek anybody to talk to about licensing the song in Greece. Finally, at all odds, managing to reach LP directly – on Instagram of all places. Isn’t that crazy? And then it happened. It took a whole lotta determination. Soon, the whole country was high on the song, and then all of Europe, in fact. So, well, about the chances… Maybe some things are just inevitable. If anything, the story of “Lost On You” feels like one of those things.

We close our laptops. The fairy lights are still on as we pour ourselves a glass of red. Only now do we put the song on. It’s good. As we’re listening, we fight the temptation to extend what we have written. Keeping our thoughts for another time.

“Lost On You” found just what it needed to thrive. And Europe needed it, too. So did South America and so will other lands. In a world trying to sell you crap and distract you from quality, something in that song was yearning for connection through a real experience and true emotions. Was looking for mutual understanding, promising to soothe and heal. And we all like a promise kept.

✶ “Lost On You” on Spotify 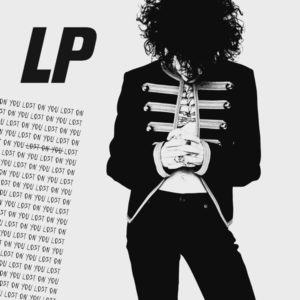 The artwork for the “Lost On You” single cover

✶ The song, “Lost On You,” was written by LP, Nate Campany and Mike Del Rio, and produced by Mike Del Rio. It was first released as a single in November of 2015. Later it was included on the Death Valley EP in June, 2016. It’s also the title track on LP’s record released by Vagrant Records in December 2016 in Europe and in May 2017 in the US.

✶ LP on “Lost On You” for WFUV (2016): It’s one of the more articulate of my songs, it is exactly what was going on. I think it really paints the picture of my ex and what I felt about her, and how I came into the realization that this was going south [laughs]. I’m happy with how it comes across. (…) I came from a very deep dark place, I felt like my inner eight-year-old was very upset at the time, and… I can hear the pleading in my voice, still. I did that the day of demo vocal, it’s not the vocal I wanted to do again at the time. I remember I went back to do ad-libs, and I, I was still in the trenches of this problem, and I couldn’t even sing. That was like a new meaning of the word “choked up,” I was incapable of singing. That’s a deep song. And I’ve never used that whistle in a song before, the cab whistle. So, you know…

✶ Our favorite “Lost On You” performance

Many different elements combined to form how special this show seems to us, even before it actually happened. It was LP’s first gig of 2017 and also her first event after she had spent a few months playing almost exclusively in Europe, finishing the year with her intense Lost In Europe tour in mid-December of 2016. So, when this petite American performance was announced, all the eyes of Europe were upon it  END_OF_DOCUMENT_TOKEN_TO_BE_REPLACED

“Broken Vow” has a powerful beat and is definitely catchy, but LP’s vocals give an additional boost to its energy. Each line she sings starts off like a machine gun volley, so mighty, maybe even aggressive, and it gets even more explicit towards the end of the song. The astonishing rock-meets-opera ad libs get stronger and stronger until they fully shine in the last chorus. END_OF_DOCUMENT_TOKEN_TO_BE_REPLACED

Their conversation is casual and not really in-depth, but there are some things about it that make it probably one of the most beloved interviews with LP, ever. Firstly, the video features one precious rarity: at the end of it they play ukuleles and LP sings “Cheers,” which she wrote for Rihanna.  END_OF_DOCUMENT_TOKEN_TO_BE_REPLACED