Have you ever noticed how much current live arrangements of the songs included on the Death Valley EP differ from how LP and her band used to play them? The famous Harvard and Stone Live Sessions are one example of the early performances. But there are some others, dated 2015/2016, that are really interesting in terms of the arrangement, conception, and rendition. 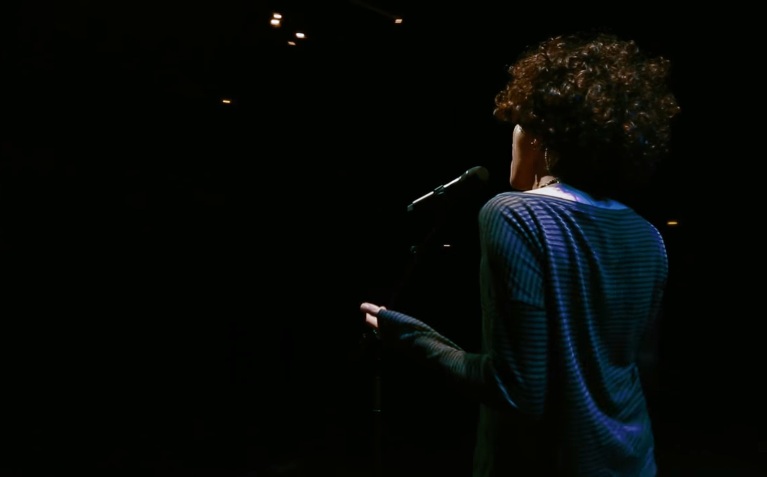 When it comes to the sound of the instruments, 2015’s version of “Muddy Waters” is way more gentle and soothing than the current one. The track itself is less powerful, more low-key. Both guitar and drums are delicate, almost bluesing, and the overall arrangement of the first part is moody and nostalgic. Those deep soul vibes are highlighted mainly by the drums. The darkest part starts from the second chorus, the song gets more raw, it moves closer to the current arrangement. LP’s vocal gets more and more sharp as the song develops, and all other sounds get stronger and sharper, too. Early “Muddy Waters” live versions take you on a journey, from soothing beginning to dramatic end. The current one puts a spell on you at once, from the first sound, it’s so mighty and overpowering.

There are earlier versions of “Lost On You,” dated as far back as 2015, but we’ve decided to pick the Deezer session. After all, it was recorded prior to LP’s three tours, so kind of early, too (okay, it’s a bit far-fetched, but we have an agenda here, so…) We love the Deezer session to bits and this is because of the arrangement, and especially due to the sound of percussion. The deep-sound, well-thought out drums by Matt Mayhall. Starting from around the 1 minute 30 second mark of the performance, his drums get so spacious and rich in sound, that they define the overall mood of this particular “Lost On You.” You can really get lost in what you hear and feel through his performance.

And here’s what Deezer had to say about this royal character in the middle of the set: “If that doesn’t give you an idea of her raw talent, nothing will.” Well, looks like LP’s talent is beyond Deezer’s words, so let’s leave it at that. Maybe just one thing: she is as close to the album vocal as it gets here. Oh, and she still has that little rattle she luckily gave up before her Lost In Europe tour.

✶ “Lost On You” early version

Here is “Strange,” from one year back, an absolutely stunning version performed for Italian Radio 2. And it is one of best performances of this song, ever. LP had been still playing “Strange” on guitar back then, before she dropped it for the Lost In Europe tour and the following performances. When she begins to sing, the host’s facial expression says it all. Compared to current performances, this version swings like crazy! Which is mainly thanks to Trevor Menear’s characteristic guitar. Oh, and she looks 18 here, maybe 20. We’d ask for her ID before selling her any tequila.

“Death Valley” hasn’t changed much over the last 1.5 years, and the main difference would be, again, Trevor’s guitar. It’s so different compared to JD’s deep, heart-breaking, Gilmour-like sound. Trevor’s notes are jazzy, kind of happy, almost country, and they give this joyful touch to any song. Here this is not the case, but still “Death Valley” is a bit more cheerful and less rock’n’roll than its 2017 version.

(video not available any more)

And here’s the moment when Trevor’s energetic sound contrasts a lot with the mood of the song. This “Other People” arrangement is a rarity, very funky and jazzy, and almost completely stripped of all the drama that it has now. What links the music with lyrics is noticeable only through LP’s vocals in Echo performance. Even the percussion is jazzy and it corresponds more with the guitar than with her singing. And in general, Echo’s “Other People” is a completely different song compared to the EP version or current live performances.

✶ Matt Mayhall – an LA based drummer, composer and session musician. He played in LP’s band in 2015/2016. Their last cooperation was during her Lost in Europe tour in Nov/Dec, 2016. His distinctive style is very accurately described by NYC Jazz Record review: “Matt Mayhall is a very self-effacing drummer – no solos but crisp and subtly propulsive throughout.”

Indeed, all of this you can hear in his version of “Lost On You” as played for Deezer. Also, check out Matt’s page.

✶ Trevor Menear – an LA based artist, singer-songwriter and guitarist. His latest release is the 2016 album: Love May Be. He played with LP in 2015/2016 as her guitarist and supported her as backing vocalist. Check out Trevor’s page.

Said songwriter, she who called LP that day, was Stacy Barthe. It was an unexpected and exciting invitation, and in fact, a moment which would become a milestone in LP’s career. The session was part of a writing camp set up by Rihanna’s label to write songs for Rihanna’s new album. END_OF_DOCUMENT_TOKEN_TO_BE_REPLACED

LP and JD performed two songs: “Lost On You” and a cover of The Chainsmokers song, “Don’t Let Me Down.” Apart from their live stream, both songs were also recorded in very good quality and posted, by the radio, on YouTube.  END_OF_DOCUMENT_TOKEN_TO_BE_REPLACED

For the last few months, we have been repeating that “Muddy Waters” is oh-so-great choice for the opening song for zillions of reasons, including the suspicious procedure of casting the spell and entrancing the audience. Well, this is all true, but in London LP made us blush as we realized that it’s not about “Muddy Waters” as such, and it never has been, it’s simply about herself. END_OF_DOCUMENT_TOKEN_TO_BE_REPLACED