London kept LP busy during her February visit, earlier this year. She talked to different magazines and radios, she managed to give quite a few interviews, and she did a couple of photo shoots. Our favorite feature was, obviously, the photo shoot for 1883 magazine, but she also did a bunch of cool stuff for and with Disorder Magazine: two interviews, one of them in video format, and a photo shoot on top of that. 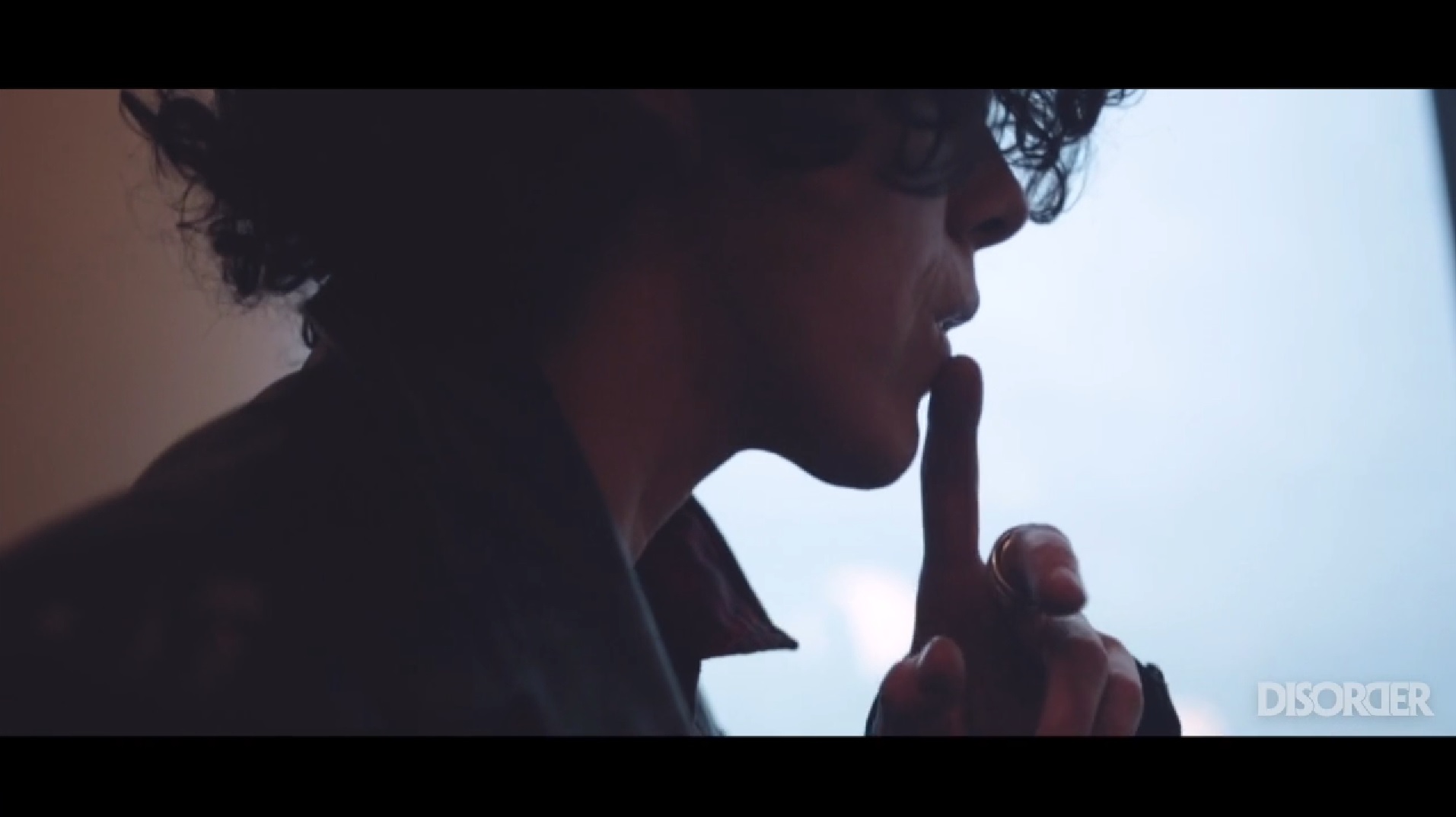 Still frame from the interview for Disorder

The video itself is a treat and we especially like the moment when LP walks the streets of London. She talks about her career and also explains what, in her opinion, is important when you’re a young artist.

Moreover, for LP’s feature in Disorder Magazine, she’s been shot by the photographer Dani Riot, and some of her pictures by him are truly great.They worked together in two different locations – on the streets of London and inside the building with a great view of the city. There is also one cool backstage shot from that session: Dani shows LP the pics he just took. Thinking about it now, the entire feature has something of a backstage vibe to it, and perhaps that’s precisely what makes it so enjoyable. So enjoy.

I think “Disorder” is a great magazine for a person like me.

My name is LP, I’m a musician, a singer-songwriter. I’m touring a lot in Europe right now. I’ve just put out an EP last year, and I’m putting out a full length this year.

From 2006 to 2009 I was in the major label system, and I wrote somewhere in the area of about 140 songs for me, as an artist. When you get signed to a label, if you didn’t already have your whole record ready, you start writing songs for it. And I realized also that I was somewhat prolific at writing songs. One of them in particular got picked up by the Backstreet Boys, and there was this “aha!” kind of moment, that a song that you wrote for yourself could be picked up by another artist, so I embarked on a songwriter career.

I did it for about, almost two years, and then the artist thing kept calling me back, I started playing the ukulele, in addition to the guitar, and… The simplicity and the fun of that instrument opened up a door in my heart back to myself, and music for myself, and I was playing for fun. I was also singing every week, one song with friends at a club in LA, and that got me back into being excited just to perform in front of people ’cause it was fun. I kept getting bigger songs with bigger artists. I have written… I kinda knew my record… I wrote a bunch of songs, one of them was “Lost On You,” and “Muddy Waters,” and before I left Warner Bros. I played them songs, and they were like “Oh, that’s great!” And then they dropped me, so I was like “Oh, shit, I guess they weren’t that great…” And then I was lucky enough to get picked up by Vagrant Records, and we’ve put the record out real indie style, and here I sit, in England, now!

I can’t wait to come back to Europe for my tour. I’m gonna be in March-April doing a big European tour, and I’m excited. It’s the dream, you know.

You know, it’s kind of been a process, a little bit, with writing for myself and writing for other people. I think when I started writing a song, I would be like: “This is for somebody else, this is for me,” and now I’m getting really quick at what I think is for me. I don’t put any kind of compounds on how I write the song, unless I write with an artist, in the room, ’cause then I get to delve into their life and how they… how they see the world, and I know for a fact, instead of guessing how they feel.

When you’re a young songwriter, or a young artist of any kind, you have to be very careful and… and diligent to protect your… your heart from, you know, naysayers and people of the like. All the suits in the world don’t know for a fact what’s good, and then when everybody is like “Oh my god, that’s amazing”, they’re like “Yes, it is, isn’t it? Fantastic! We need ten more of those, can we get ten more of those?” That’s just the way of the world.

Again, I tell that story of “Lost On You” and Warner Bros., not because I wanna vilify Warner Bros., they’re just a company like anybody else, and they did some really nice things for me, but I tell it because it really struck me when it happened, and I felt really bad for other artists that perhaps didn’t get to see the bright side of things.

One of your jobs is to work on your thick skin and… And be truthful about what you create, and not let anybody tell you it’s bad. I mean, just keep going, and keep working and keep getting better at what you are doing, and don’t be deterred by people who don’t believe in you, because, you know, that’s subjective.

Thank you Veronica Tedderson for your help with the transcript!

✶ Dani Riot – the editorial portrait photographer based in London, UK, specialized in entertainment / music / fashion / sport. His work was published internationally in such magazines as Stylist, Disorder, The Sun, Cosmopolitan among others.

The interview was originally published in French, even though it had been conducted by the Moroccan journalist in English, but then translated into French for publication. And then, what we did was we asked a woman of many talents, Veronica Tedderson, to translate it back from French to English so that we could work with it a little bit and finally publish it here. END_OF_DOCUMENT_TOKEN_TO_BE_REPLACED

It’s a nice example of how her approach to writing for herself versus writing for others evolved. And, surprisingly, during this short interview for Slacker Radio at Music Midtown Festival, there happened to be some space for the songwriting topic as well.  END_OF_DOCUMENT_TOKEN_TO_BE_REPLACED

There are virtually no questions, “just” an eloquent conversation between LP and Mike Mettler that takes us from discussing the problems with the Forever For Now album, through talking about the power of “Muddy Waters,” to going into details of the who’s and how’s and why’s of what inspires LP musically.  END_OF_DOCUMENT_TOKEN_TO_BE_REPLACED