So, this one was fun! And new to us. And tricky. And risky. We just hope we didn’t fuck it up. So here it goes. We’ve got a really good interview with LP for you, published by Dzika Banda. And by saying “good interview” we really mean it – Robert Ziębiński talked to her about stuff which, oddly, are rarely discussed with her in-depth: the music business and culture. She dived deeply into these topics and gave very interesting answers. The tricky thing is that it was published in Polish. 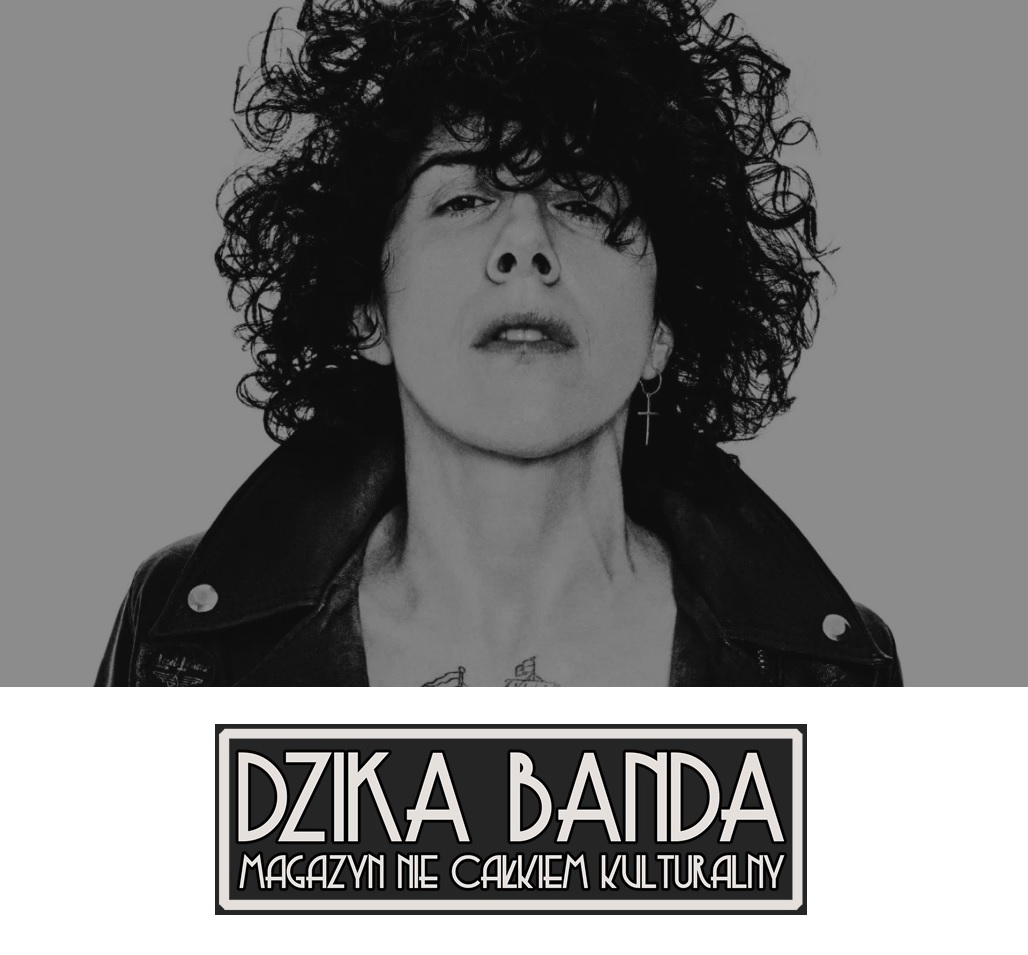 We gave it a try and translated it into English, which was a fun / scary / creative / wow experience in a way. Basically, we tried to guess what her choice of words would be. And we based that on what was already translated into Polish by Dzika Banda.

This interview is one of those rare examples of when the interviewer actually TALKS to LP, listens to her, refers to her answers, and develops new questions based on what has been said. What a relief to see someone doing some really good work out there (so cool it’s in Poland). Thank you, guys!

✶ Interview – LP for Dzika Banda (in Polish, translation to English below)

Robert Ziębiński: In the 70s there was an ethos of clubs, bands and managers searching for talent. Today you can get the impression that commercials took over the music club space and became the place where new talents are born. What do you think about that?

LP: Yeah, I think so! You know, when my song “Into The Wild” was picked up for a commercial, I didn’t expect anything. It was just a commercial. And the next thing I knew was that CNN was asking me for, like, 20-minutes long interview! Fucking CNN! Twenty minutes about some song in a commercial. I was playing festivals, I was playing clubs, and the major TV station invites me after a commercial. Do you know what happened to Feist after her song “1234” was so successful in a commercial?

LP: She hated it and she never plays it. But answering your question, if commercials are the new form of clubs. For sure they can be the platform to promote new stars and discovering new music for the world and songs that people would love. And these days, it’s the same commercial in different parts of the world. It’s kind of a paradox, you know, did you notice that when there’s a new artist in a commercial, everybody’s like, “Wow, it’s cool! I have to check it out.” But if there’s, like, Led Zeppelin in a commercial, everybody’s like, “The end of a rock star, they sold out, what a shit.” So, honestly, what is it with these commercials, are they ok for you when you start or are they kind of shameful? Why is it a phony thing for Zeppelin and a blessing for me?

RZ: Wouldn’t you say that it perfectly captures our times? We operate only at two extremes and nothing else?

RZ: Yes, and whatever is in the middle, is faded out.

LP: Maybe. No one’s like, “Oh my God, The Beatles in a commercial, so cool! The next generation will discover their music!” It’s more like, “Some traitors sold their copyrights and their legend!” I think that everybody should know The Beatles and I don’t care if it’s thanks to some commercial. A few years back, after I sang a bunch of jingles for some commercials, I was like: “I think I found my niche! I’ll make a living out of commercials.” And suddenly all these home studios appeared and everybody could do it and my career was finished (laughs). I’m telling this story, because in the end, playing live can give you so much more than that.

RZ: But for you the commercial was a true beginning?

LP: Yes, it was. My career is a series of absurd and weird coincidences, anyway. Even “Lost On You” happened by accident. It almost didn’t see the light of day, because the label dropped it. I had the whole album ready and it was trashed, because someone said it would be too expensive and wouldn’t pay off and no one wants to listen to that kind of shit. My whole career was put into profit & loss Excel file. So I put my head down and I left. But I didn’t give up and I was like, “Ok, I’ll just keep writing.” This is the only thing I know and I don’t care if someone doesn’t like it. I was being honest with them – I played them what I wrote and they dropped me. And a few weeks later I was signed to a small, indie label. The advance got paid back after releasing “Muddy Waters” (laughs). I owe a beer to my previous label (laughs). You know, as they say, “one man’s trash is another man’s treasure.” I think it just had to be this way.

RZ: Like this publisher who turned down “Harry Potter”?

LP: Oh yeah! Or those who turned down The Beatles! Not to say that I’m like them, I mean you never know for sure, you don’t know if it’s gonna be a smash or not. But don’t give up, especially if it’s the only thing you know.

RZ: So tell me, how is it with all these people who say they can tell if a song is going to be a hit. Is it possible to judge if a song is a potential smash?

LP: I don’t know, you know. If you asked me a few years back, I’d say: yes. Now I’m not that sure. It’s random. You can write a hit song in five minutes or work on it for years. I wrote “Lost On You” in a minute. I didn’t know it would be doing so well.

RZ: But you said you played it for a label’s management. They should know.

LP: Yes, they should. But do you know who runs labels these days?

LP: True story: I asked one guy, “What were you doing before this?” “I’ve been selling phones.” I didn’t know what to say to that. Do you know what I mean – a fucking phone salesman. They made him a label manager because he was so good at selecting ringtones and he was listening to the radio growing up. Like every fucking person in this fucking world. My congratulations! You are the chosen one. Sadly it’s not a good time for professionals in this business. The business is going down, not only music business.

RZ: It’s similar in Poland – the music critics are boys who used to discuss books and movies over a beer. Big publishing houses hire, say, some Coke corporate lady to be their book promoter!

LP: Every writer needs to drink! (laughs) I agree that art’s being devalued. Big label management think that if you can sell a phone, you can sell a record. And anyone can become a journalist. Authority doesn’t matter anymore. You can try to deny it, but truth be told, authority is no longer in the game. Your position is something you can build not on your achievements, but on some crap, some bullshit, and your popularity.

LP: Give me a fucking break! And what horrifies me is that it really happened and he became the president of my country, and I hate him and I am scared of him. Do you know the butterfly effect theory thing? Just imagine what kind of damage this idiot will do to the world and all of us will have to pay for it. Not now, not today and not tomorrow, but in a few years – yes.

RZ: Trump is well known for his intriguing way of treating women.

RZ: The world is moving towards equal rights, equal possibilities, but is show business still a man’s world, where women are disadvantaged?

LP: Yes, mostly in the movie business, where your age is the most important feature and sexism is all around you. It’s a little bit different in the music business. It’s like, I don’t exactly look like a cute blondie with big tits. And when I go to meetings, I don’t get the impression that it bothers anybody. Quite the opposite, people are intrigued. In this business it’s not like: “pretty/not pretty.” In the music business, no one cares what you look like. No one cares if I’m a lesbian and if I wear what I wear. It’s different in Hollywood – they would cast me for some background role of some weirdo or a drug dealer – which is a paradox, because in both movies and on stage what you see comes first. My business is dominated by men as well, but they are more aware of what art is all about than people in Hollywood.

RZ: Do you believe that a change will come? That one day, you girls will rule show business?

LP: You never know. Could you imagine fifteen years back that you’d have a small computer in your pocket? Now everybody goes to the fucking toilet to check their Facebook instead of smoking there. Phones are the cigarettes of the 21st century. I mean, everything is possible. Uber has destroyed the taxi mafia, smoking is forbidden, everybody’s on their phones. I don’t know, maybe one day women will take over this business and change it. You never know.

✶ Dzika Banda – a Polish online magazine publishing reviews on films, books and records, interviews, charts, and some commentary (if you can read Polish – it’s a cool page!)

Oh, we love ourselves a few good pop tunes. They can pump up your energy sky high, regardless of their topic. (Just take a look at what we have here: in “Every Day” there’s this intense heartbreak, while in the second one, “Nothing To Lose,” there’s a story of how one can screw up a relationship that was actually really something. Pretty miserable, isn’t it, so why are we dancing?)  END_OF_DOCUMENT_TOKEN_TO_BE_REPLACED

“Broken Vow” has a powerful beat and is definitely catchy, but LP’s vocals give an additional boost to its energy. Each line she sings starts off like a machine gun volley, so mighty, maybe even aggressive, and it gets even more explicit towards the end of the song. The astonishing rock-meets-opera ad libs get stronger and stronger until they fully shine in the last chorus. END_OF_DOCUMENT_TOKEN_TO_BE_REPLACED

The interview grants us some insight on the story behind her latest songs and on her musical and political views. She opened up about all of the above a bit more than she usually does. The interview has been put into the written form in a very skillful and precise way, because, reading it, you can almost hear LP speaking the words.  END_OF_DOCUMENT_TOKEN_TO_BE_REPLACED