When we were preparing the previous material, the Lollapalooza 2012 interview, we came across yet another one, also by Fuse TV, recorded two months later, during another festival, Austin City Limits, in October of 2012. What captivated us about the previous conversation was how many different topics were briefly touched upon and how these puzzle pieces came together to form a picture of a certain moment in time. 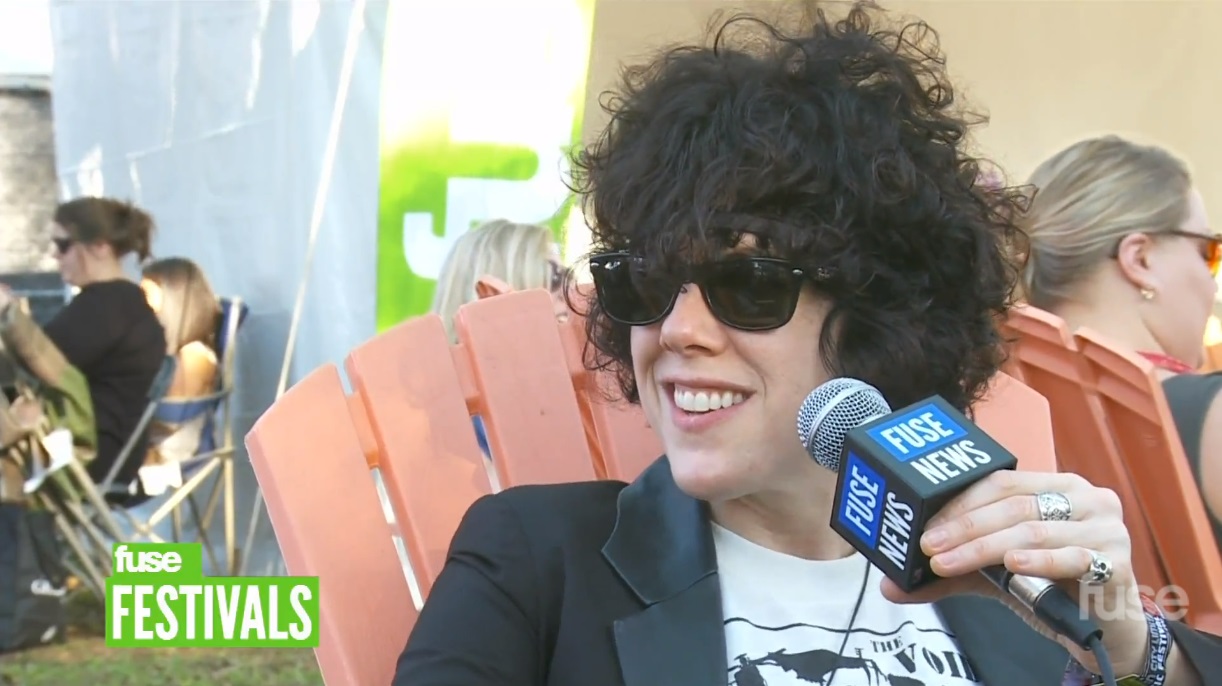 This second interview, that we post today, does exactly the same, and it concerns exactly the same subjects. Watching it one after another is the closest you can get to time traveling, a kind of fast forward from August to October.  It’s fun! She discusses again: the “Into The Wild” video, writing with Rob Cavallo, and writing for other people. Ok, there is one new topic – the fashion, and the heat, and how to keep cool while rocking your look Middle Eastern style. You will find a transcript of the interview below. Enjoy!

Fuse: Austin City Limits. First of all – it’s super hot! So how the heck are you staying cool in your get-up here?

LP: It’s like in the Middle East. They wear a lot of clothes, so they keep cool. It’s a look, man, it’s a look.

Fuse: Ok. So we’re here in the heart of Texas, in the capital of Texas to be clear. What the crowd expects out of your performance here at Austin City Limits?

LP: I’m just gonna try to connect with them emotionally and sing my butt off and stuff. We had a really nice crowd today, very responsive. I just try to be as present as possible.

Fuse: Did you catch any shows?

LP: I didn’t! I was dying to! I was just finally having one meal today and watching Tegan and Sara on monitor in the artist lounge. I’ll probably go see the Black Keys later and maybe Florence and stuff and the Black Lips.

Fuse: I have to ask about “Into The Wild,” ‘cause it’s super-duper girl powered-out.

Fuse: So tell me – you have two familiar faces as the starring roles.

LP: Yeah, they are amazing, they are really cool.

Fuse: Why did you guys decided to go with those two as the leads?

LP: I don’t know, we just thought they look really cool together. They had a nice vibe together. To me, they embodied that whole Thelma and Louise thing. I felt like Brittany had more stabile, Susan Sarandon thing, she knew what she was doing. She just had this look about her. And Haley looked like a wild woman, like Geena Davis. They just had a real nice rapport.

Fuse: Nice. At Lolla you mentioned that you were gonna work with Rob Cavallo.

LP: I am working with Rob Cavallo!

Fuse: Yaaay! So what’s the latest with that?

LP: We’re scheduled for November for a bunch of stuff. He’s been doing a bunch of stuff with other acts and I’ve been touring. We’re coming together in November, so I’m excited.

Fuse: Outside of Robert, you’re working with any other singer/songwriters, musicians on the album?

LP: I’ve got some songs coming out with other people. I have the next Rita Ora single, she’s doing the song called “Shine Your Light” that I wrote. I have a song on Leona Lewis’ record. And Cher and stuff.

LP: I’ve been writing for other people a bunch.

Fuse: I wanna jump back into the fashion here, because… where did it come from?

LP: I have a love of androgyny. I’ve always liked people who did it really well, like Patti Smith and people like that. I just… I don’t know, that’s how I feel on the inside.

Fuse: Well, it was super cool meeting you and hanging out with you. Best of luck with everything.

LP: Thank you very much, thank you.

✶ Brittany Snow – an American actress, in “Into The Wild” she plays the part inspired by Louise (in “Thelma and Louise” played by Susan Sarandon).

✶ Haley Bennett – an American actress, recently featured in the movie “The Girl on the Train.” In “Into The Wild” she plays the part inspired by Thelma (played by Geena Davis).

On the occasion, LP gave an interview to RTL’s Linda Marlen Runge.  The original length of the interview was 45 minutes, but the published material is only 9-minutes long. The part that we love the most is the first few seconds of the interview, which capture the general mood of the conversation. END_OF_DOCUMENT_TOKEN_TO_BE_REPLACED

The interesting thing about Nic’s programme is that his guests are invited to exactly the same set of 21 questions. Meaning, every single person is asked exactly what the others were. One could think that this might turn out generic, that it’s a gimmick, a journalist’s clever idea, easy to get away with, to invest little and to get a huge return. END_OF_DOCUMENT_TOKEN_TO_BE_REPLACED

While you may think that you already know these songs too well, keep in mind that the sound quality during Spotify Sessions is spectacular,  and also, LP commented on each song a bit with her characteristic swag. END_OF_DOCUMENT_TOKEN_TO_BE_REPLACED