It was July 2nd, a day after our interview with Yoshi Kono, when LP played her show in London’s Under The Bridge. We went there quite high already, obviously, and LP, as any good levitator, sent us even higher. (We only managed to land many weeks later…) It’s pretty exciting that this year’s festival season was going to be all about Europe and that there were also some non-festival treats happening here and there on LP’s road. One of those titbits was an acoustic show dropping in early July, in London. And since big rock ’n’ roll shows and intimate acoustic gigs do two different things for you, we decided to go ahead and source from both as much as possible. 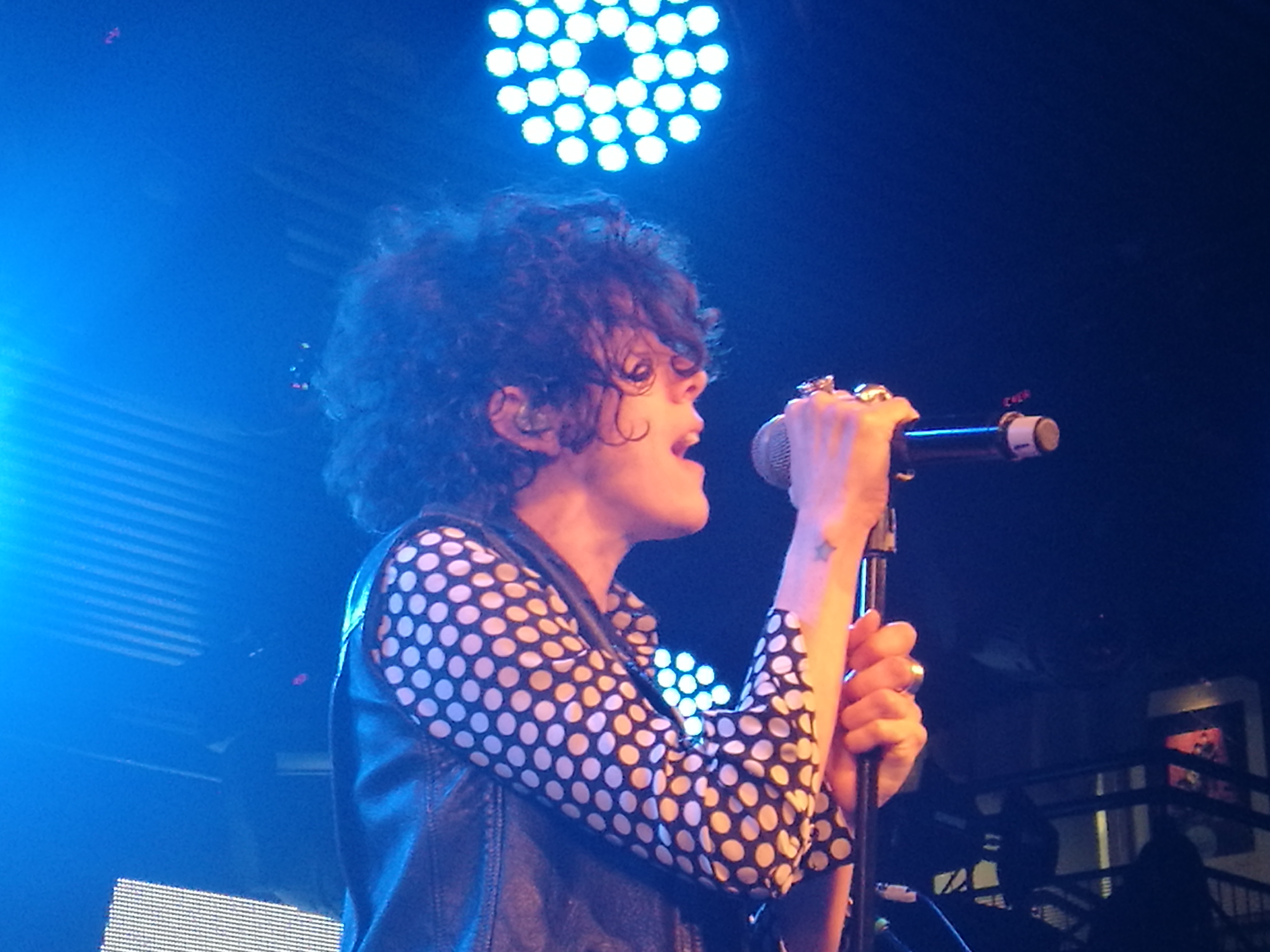 © LP Pleasures Project, LP at Under The Bridge

For the last few months, we have been repeating that “Muddy Waters” is oh-so-great choice for the opening song for zillions of reasons, including the suspicious procedure of casting the spell and entrancing the audience. Well, this is all true, but in London LP made us blush as we realized that it’s not about “Muddy Waters” as such, and it never has been, it’s simply about herself. The three opening songs took us from London’s Fulham to another dimension, “Muddy Waters” being none of them. This time it got another role in the spectacle.

Some of LP’s shows are basically made of highlights, Under The Bridge being out and away one of them. In the middle of the set LP announced she’s going to play a song she learned backstage. And she regaled us with a rendition of Dylan’s “I Shall Be Released.” She has mentioned more than a few times recently that this is a song that keeps playing in her earphones. Anyone deprecating the Nobel prize for Dylan probably should take their time and absorb this allegorical, prison-hell-heaven-religion-redemption-themed song. And LP, with her eyes closed, didn’t hesitate, and put all drama into her interpretation. She sang a really long part of it with her very high and very strong, but not operatic voice, which was a real rarity. In the middle of the song an untuned ukulele started to really bother her, but she has that rather impressive way of dealing with things which fail to go according to her plan on stage – she laughs at herself. Well, she laughed a lot during the second part of Dylan’s song. And at the same time she managed to hit all those diverse emotions that Dylan put into “I Shall Be Released” and added her own sensitivity on top of it.

And what happened next is what keeps happening all the time, but we haven’t learnt to be prepared for it yet. She started singing “Switchblade,” and it was the best “Switchblade” we’ve heard so far. The most heartbreaking, dramatic and real. Maybe the fusion with Dylan did that, maybe his song opened something that influenced the interpretation. Whatever reason, people cried. The most raw and refined moment (sorry, Sayers Club, for this ongoing thievery, but this is such a perfect word choice for what happened) was the acoustic “Muddy Waters.” And this one was truly acoustic – LP’s tambourine and Eli’s drums sounded really raw. JD’s guitar was soft and gentle, and yet he managed to be perfectly audible in spite of other instruments’ intensity. This quiet version brings way deeper vibe than its full-blown arrangement. The unplugged concert also did something great for Brian’s fans – his bass got a lot of free sound space in “Up Against Me.” Usually he is drowned out by JD’s electric guitar, but in London we could fully enjoy the beautiful bass line he played. Same goes for “Strange” – arranged just the same as for the Lost In Europe tour, with JD’s acoustic guitar which he switched to an electric one for the Smoke Em tour and onwards. Maybe one day we’ll go into detail of what LP’s vocal performance in “Strange” does to us. For now, let us just say that whatever it is LP does, the acoustic and low-key instruments make up the best contrasting background. It lets her burst into flames even more. And the London audience got hooked right away and they were singing it louder than “Lost On You.” To complete the middle part of the show, there were the unexpected, sweet and sublime “Night Like This” and “Other People,” for which she chose to play her ukulele instead of the guitar.

But let’s it back to the unexpected beginning. She opened the show with “Forever For Now.” Just casually entered the stage and without further ado started the whistle part. A week before, when we saw her in Poland, she hit the stage with the earsplitting sound of the track, drums and guitar. London was the opposite. No big entrance, just an artist starting off the performance. Doing that, she totally changed the energy of the show, made the audience go completely quiet, and all of us watched her in silence, taken by surprise. She followed with a song that made everyone who couldn’t be there jealous as hell. For the first time at a ticketed show in Europe, she sang her cover of The Chainsmokers’, “Don’t Let Me Down.” Some time ago we wrote that whenever she sings it, it tends to steal the show. Watching her sing, we had the impression that she sings it with great pleasure, not only for us, but also for herself. She closed her eyes and we could feel the bluesy heartbreak, but also a lot of singing fun radiating from her. This performance would probably have overshadowed the next song. It would, if that next song wasn’t “Dead Town.” This dark composition becomes even more mysterious while played on an acoustic guitar. She sang it as if it was totally effortless, and all the rock ’n’ roll that sits inside her simply got let out. You could feel it in her every word and every breath. If there is anything in this world to trade for the last four lines of “No Witness,” that would be the performance of “Dead Town.”

Having witnessed a number of LP’s different shows, including some acoustic ones, we know now that this is the kind of concert for which we will follow her to the end of the world. It’s not because we think her acoustic performances are better than her plugged in shows. It’s not something you can quantify or label as “better” in any way when you talk about an artist that seeks a connection with her audience so intensely, no matter the circumstances. Yes, when LP sings, she doesn’t makes you feel a part of a any crowd. It’s really more like a one-on-one meeting, as if this show was played for everyone separately, yet paradoxically it’s a truly communal experience. So why are those acoustic shows that special? It’s hard to put a finger on it, but it seems like it’s the rawness, the truth, the closeness to the real, unprocessed sound. If her shows were women, this one would be a stunning beauty, but only with no make-up. Just our type.

“Porcupine” is a light, countryish love song, which seems to be a bit of a dialog with Frank Sinatra’s “The Lady Is a Tramp” when it comes to the lyrics. Anyways, said Lady and that Porcupine girl would probably have a good time going out for a beer. Even if it was a PBR.  END_OF_DOCUMENT_TOKEN_TO_BE_REPLACED

LP’s tour-opening show in Stockholm, we watched from the front row. For the tour-closing concert, we chose quite the opposite perspective: the top-most balcony with a perfect view of the entire stage. No close ups – true. No eye contact – true again. No chance to see any of those delightful details – alas. But this time we came for the full picture, with no distractions. END_OF_DOCUMENT_TOKEN_TO_BE_REPLACED

Other than that, she’s working with Rob Cavallo on what is going to be (in two years…) the Forever For Now album. She’s touring extensively, promoting her Into The Wild EP, and she’s recording songs for her ukulele cover series (and explains why “Creep” didn’t make the cut). And she’s writing songs for other people (and speaks about her by-gone approach to it.) END_OF_DOCUMENT_TOKEN_TO_BE_REPLACED