Today, we have for you a relaxed and casual interview LP gave in Austin in 2012, during South by Southwest (SXSW). This particular festival was probably one of the most important events for LP, as it had marked her career a few years before. 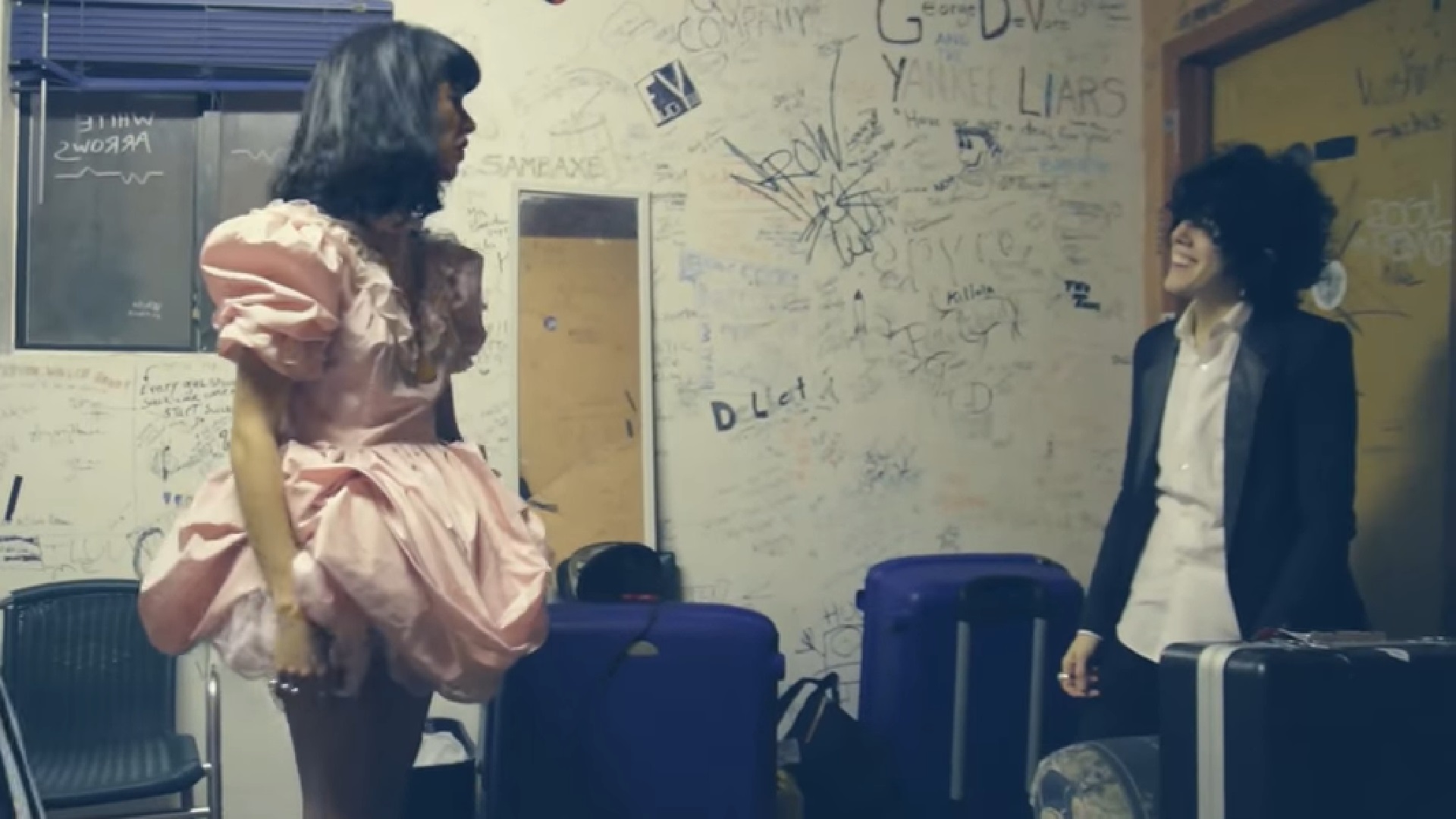 Still frame from the interview video

In this interview, LP mentioned her appearance at this festival in 2006, after which a lot of labels had fought between themselves to recruit LP and work with her. The one that won her was a major label, the Island Def Jam Music Group, owned by Universal.  The funny thing is that said label wanted her so badly only to suggest to her that in order to become successful she needed to change a lot about herself. She stayed with them no longer than a year and then left due to the artistic differences. In 2012, she came back to SXSW as an artist signed to yet another major label, Warner Brothers. In the interview, she tells more about shows she did during the festival, her songwriting period, and some artists she met in-between her shows.

All right. I’m at South by Southwest, in Austin, and it’s amazing experience, a very busy awesome experience. I had a lot of cool shows already. Each one gets better for me, ’cause the first one was like, get off and all my plane ride, sleep for three hours and then jump up in front of that crowd and be the guinee pig for their sound. And that was weird. But that’s what playing live is all about. I feel like I missed that having done show after show, for a little bit. It’s always getting used to the rat race of these live shows, ’cause it, honestly, this playing live is one of those things that you just never know what you’re gonna get. You know, sometimes the sound is bad, sometimes the time side is bad. And a lot of times it’s good but you never know about the crowd, it’s just one of those things you have to roll with them and kinda not get too focused on it, one show… but I do! I do.

It’s cool! People just love music, and you could make a living and be in Austin, doing music, and playing music, in Austin, and the outside world might not know you sometimes, but a lot of people come out of here, and come here to make music and hang up and chill out.

Heard Robert Plant’s here now, which is good enough for me. If he’s here it must be cool. Kimbra is amazing, I can’t believe, the scope of everything she does, she’s like a wild animal, in the songwriting respect, it’s really cool. And Gary Clark meeting, he’s just a maniac, who just, um… who walks on stage and it is like “woooow”, you know, like you’re meeting some icon from the 60s and 70s. It’s very cool. So, I enjoyed meeting them.

[“Into The Wild” live snippet]

A few years ago I got signed out of South by Southwest, with this bidding war, I had my first major label deal ever, and that was quite crazy, and then I spent the next three years signed to labels and not playing at all. Should that be a great thing, because that and another year and a half of writing, of having a publishing deal and writing songs for other people I’ve been in a songwriting school. And it’s been great. I think that’s why I’m here now. ‘Cause I went to songwriting school, learned a bunch of stuff. There was always something to learn about writing songs I wouldn’t imagine. Maybe some people just start off right away, writing great songs, whatever. Not to say that I’m writing great songs, I’d never say that I wrote a great song, but I aspire to write a great song.

[“Into The Wild” live snippet]

I never know what people are thinking, you know, when I’m performing, ’cause everybody perceives music differently. I think I see them responding well, but I never… sometimes I just don’t know what they’re gonna say or think after, and every time here it’s been a really nice response out there from people, some amazing stuff, and it’s been cool. Thank you!

Thank you, Veronica Tedderson, with your help with the transcript

✶  South by Southwest (SXSW) – an annual event taking place in Austin, Texas. It consists of thousands of different music, film and media shows, grouped in thematic festivals. The music part is probably the biggest musical festival in the world. Every year, thousands of artists perform on hundreds of SXSW stages. It lasts 6-10 days and has been organized since 1987, always in the middle of March. The host of the event is the SXSW company. Besides film and music festivals, there are also other events going on during that time, like science conferences and trade shows.

✶  Island Def Jam Music Group – a major label run by music executive L.A. Reid, 2004-2011. They signed LP to the label in 2006 after they saw her perform at SXSW festival earlier that year. They wanted to change her style and she decided to leave them after no longer than a year.

✶  And then I spent the next, like, three years signed to labels and not playing at all – she means her one year (2006-2007) contract with Island Def Jam and another contract, with SoBe (2007-2009), where she spent another few years not releasing a record.

✶  Kimbra – New Zealand pop/R&B artist, featured on the multi-platinum Gotye song “Somebody That I Used To Know”.

Their conversation is casual and not really in-depth, but there are some things about it that make it probably one of the most beloved interviews with LP, ever. Firstly, the video features one precious rarity: at the end of it they play ukuleles and LP sings “Cheers,” which she wrote for Rihanna.  END_OF_DOCUMENT_TOKEN_TO_BE_REPLACED

“No Witness” is a bit like a sip of vodka, offered up by a splendid, rapacious stranger on a slow night train from Lviv to Odessa. Or perhaps a street cut drug. You are not sure what’s safer – to go for it or refuse the invitation. And you somehow feel that the choice is only some rhetorical issue, for your fate has already been decided: you’ll be rendered blind or end up in some kind of paradise.  END_OF_DOCUMENT_TOKEN_TO_BE_REPLACED

Take your earphones, close your eyes and fly away. END_OF_DOCUMENT_TOKEN_TO_BE_REPLACED