We had so much fun translating the Dzika Banda interview from Polish to English for you that we decided to do it again. Here is another very nice Polish interview with LP, this time by JazzSoul.pl, the online magazine publishing articles, interviews and reviews, mostly on jazz, soul, acoustic and R&B music. 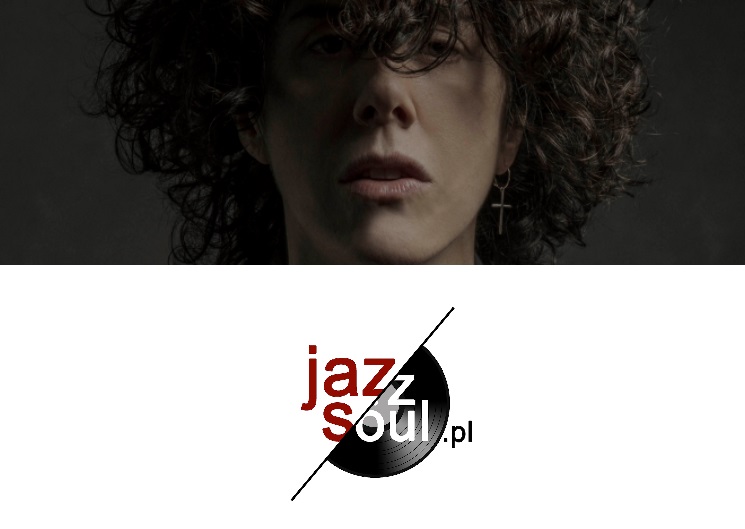 Maciej Majewski did his homework and asked LP a couple of interesting questions, some of them referring to the interview she gave right before her acoustic concert for Polish Radio Trójka on January 29th, 2017. Compared to hundreds of other interviews available out there, this one stands out nicely.  We were especially happy to see the question about “Into The Wild” being recorded again for the Lost On You album (and actually this issue was the trigger for us to write an article on the “Into The Wild” song back in February).

While translating, we tried – again – to think of the words LP would use (which is not really possible, obviously, but it was fun). It was much more difficult this time, because this interview got quite a nice translation into Polish by Jazz Soul, losing its English melody, which is good. Just made what we were trying to do even more impossible. But well, here it is. Besides the “Into The Wild” question, our favorite part is about why LP doesn’t put her unreleased music on the internet. Have a good read!

It’s difficult to google anything about her, but since last year she has been very successful, also in our country, thanks to her album and song “Lost On You.” LP writes songs (also for other artists), sings, whistles, plays the guitar and the ukulele. She agreed to talk to us the day after her concert in the Agnieszka Osiecka studio.

Jazz Soul: You said that the Lost On You album is “the most yours,” because you finally found the proper production team. I was a bit astonished, because I thought that while you were co-writing songs with other artists, you had an opportunity to meet and work with many excellent producers.

LP: You know, big producers… Like Rob Cavallo, the Grammy Award winner, he produced my previous record Forever For Now and I think he polished it too much. That’s just his style. And I’m cool with it. But when it comes to my voice – it’s a delicate instrument and something gets lost when you put too much production on it, but then again it sounds too strong when the production isn’t right. So I think it’s hard to balance those proportions. And I think it’s difficult to label my voice. People ask me all the time what kind of music I play, but I don’t know, really. That’s why I’m happy that people got to know “Lost On You,” because they can understand better what my music is all about.

JS: I know that a lot of people ask you about acoustic sessions. I listened to countless recordings of them before we met. Different ways of singing is one thing, but there are also different emotions – like during the concert in Trójka you played yesterday.

LP: Yeah. It’s funny, you know. I love playing acoustic sessions, but then people say they prefer when I play with the band. And when they come to see me play with the band, they’re like: “It was great, but we prefer your acoustic concerts” (laughs). They’re hard to please. So to make everybody and myself happy, I do both.

JS: A lot of your songs feature your whistling. And you are always in tune doing that. Do you work on your whistling skills somehow?

LP: I don’t, but I do whistle all the time anyway, so that’s why I got better at it. It’s very natural for me, I do it subconsciously. Since I started featuring my whistles in my songs, I became a better whistler. I used to be decent at it, but then I started touring a lot and I had to improve my whistling skills too.

JS: Can you tell me why you had a two year break in writing songs for yourself?

LP: I was in the major label system for three years, but no record came out. I wrote something like 140 songs. And so I started writing for other people, and I thought I would just be a songwriter. I didn’t think about writing for myself back then.

JS: You could release your songs yourself or put them on the Internet.

JS: We already know who inspires you musically and why you started playing the ukulele. Do you have your favorite artists who plays this instrument? Like, for example, Eddie Veder, who recorded an entire album on the ukulele some time ago.

LP: I love that record! I really don’t have any favorite artist playing the ukulele specifically. Sam Cooke recorded many songs with the ukulele. I think almost every song could be played on the ukulele and that’s what I love about it.

JS: You worked with Linda Perry. Did you get any songwriting advice from her?

LP: She only advised me on how to pick up girls. Just kidding. No, she didn’t give me any songwriting advice. She’s cool as fuck and an absolute dictator in the studio. She’s demanding, but the outcome is amazing. It’s Linda who inspired me to start creating my own stuff, to start writing for myself.

JS: I’d like to ask you about “Muddy Waters.” I know you wrote it with Josh Record in London, but I wonder if it has anything to do with Muddy Waters, the bluesman.

LP: I like playing with words. I collect snippets and song titles all the time. I thought I’d write a song called “Muddy Waters,” which wouldn’t have anything to do with Muddy Waters (laughs). I remember someone telling me: “Okay, so you decided to write songs which would be hard to google as well!” (laughs).

JS: Why did you record “Into The Wild” for the Lost On You album again? You had it on your album Forever For Now, previously.

LP: I recorded “Into The Wild” for the first time in 2012. And I recorded it again for the Lost On You album, because I think no one knows it in Europe. Forever For Now was not really distributed here, so I wanted to make up for it. I think this song deserves to be played and I decided to remind people about it. And this new version is so much better than the previous one. The production on that old version was almost $250,000! The whole Forever For Now record was produced like it used to be done twenty years ago, with a big, big budget and hundreds of tracks, each recorded separately. Horrible! The only thing that was different was that we didn’t record it on a tape but on a computer.

JS: The Russian group Swanky Tunes & Going Deeper remixed your song “Lost On You.” Did you ask them to remix “Other People” as well or was that their idea?

LP: They asked me if they could do it. I said yes, because I liked what they’d done previously with “Lost On You.”

JS: What’s next for you? Another album?

LP: Sure, of course. It’s almost ready. It’ll be out in May.

JS: Do you have the title already?

JS: Thank you so much for the conversation and see you at your concerts!

LP: Thanks so much!

✶ Rob Cavallo – an American record producer, musician and chairman of Warner Brothers Records, multiple Grammy award winner. He worked with Green Day, Eric Clapton, the Dave Matthews Band, Black Sabbath, Phil Collins, and others. In 2011, LP was introduced to him after Jeff Fenster, a vice-president of Warner Bros., saw her performance in the Soho House club. She sang “Someday” there. Rob signed LP to Warner Bros. and decided to produce LP’s record, Forever For Now (2014.)

✶ Eddie Vedder – American musician, singer and songwriter, a vocalist of the band Pearl Jam. He released a solo album, entitled Ukulele Songs, in 2011, which is a collection of original songs and covers performed on the ukulele.

✶ Sam Cooke – American singer and composer, also called the King of Soul, legend of the 50s and early 60s. He influenced and inspired such artists as Stevie Wonder, Aretha Franklin and Marvin Gaye among others.

✶ Swanky Tunes – an electronic dance music group from Russia, formed in 1998. Two years after their “Lost On You” remix success, in spring of 2018, they collaborated with LP and wrote a song “Day By Day” together.

Sounds pretty standard, doesn’t it? But it sure wasn’t – at World Cafe LP gave one of the most stirring interviews ever, and the way she sang “Lost On You” there remains one of her best performances. The host, David Dye, did an excellent job, just as a prominent music journalist would. He was prepared, he knew exactly what he was talking about, and you could tell he knows the music business inside out. END_OF_DOCUMENT_TOKEN_TO_BE_REPLACED

It seems like the way LP sings “Lost On You” depends on the circumstances. There are big shows, where she celebrates the success of the song and sings along with the audience, beaming with happiness (while the song itself is far from being cheerful.) And there are also studio performances, where she stays focused and actually concentrates on the words, which was the case in the World Cafe. END_OF_DOCUMENT_TOKEN_TO_BE_REPLACED

The last two summers, or perhaps even three, LP spent playing mostly in Europe, but before “Lost On You” landed on the European charts in 2016, she had spent a couple of her summers playing a whole range of different American festivals and events. END_OF_DOCUMENT_TOKEN_TO_BE_REPLACED