Towards the end of her Warner Bros. era, in February and March of 2014, LP was touring the US and Canada with an Irish rock band, Kodaline. She was opening for them, and also she was singing with the band the very last song off their setlist, “All I Want.” They played 17 shows together, and some of them took place in the venues LP rocked again this spring during her American tour, such as the adorable Bluebird Theater in Denver, or the beautiful art deco El Rey in Los Angeles. (Sorry to bring those clubs up again; visually pleasing objects seem to catch our attention unfailingly.) 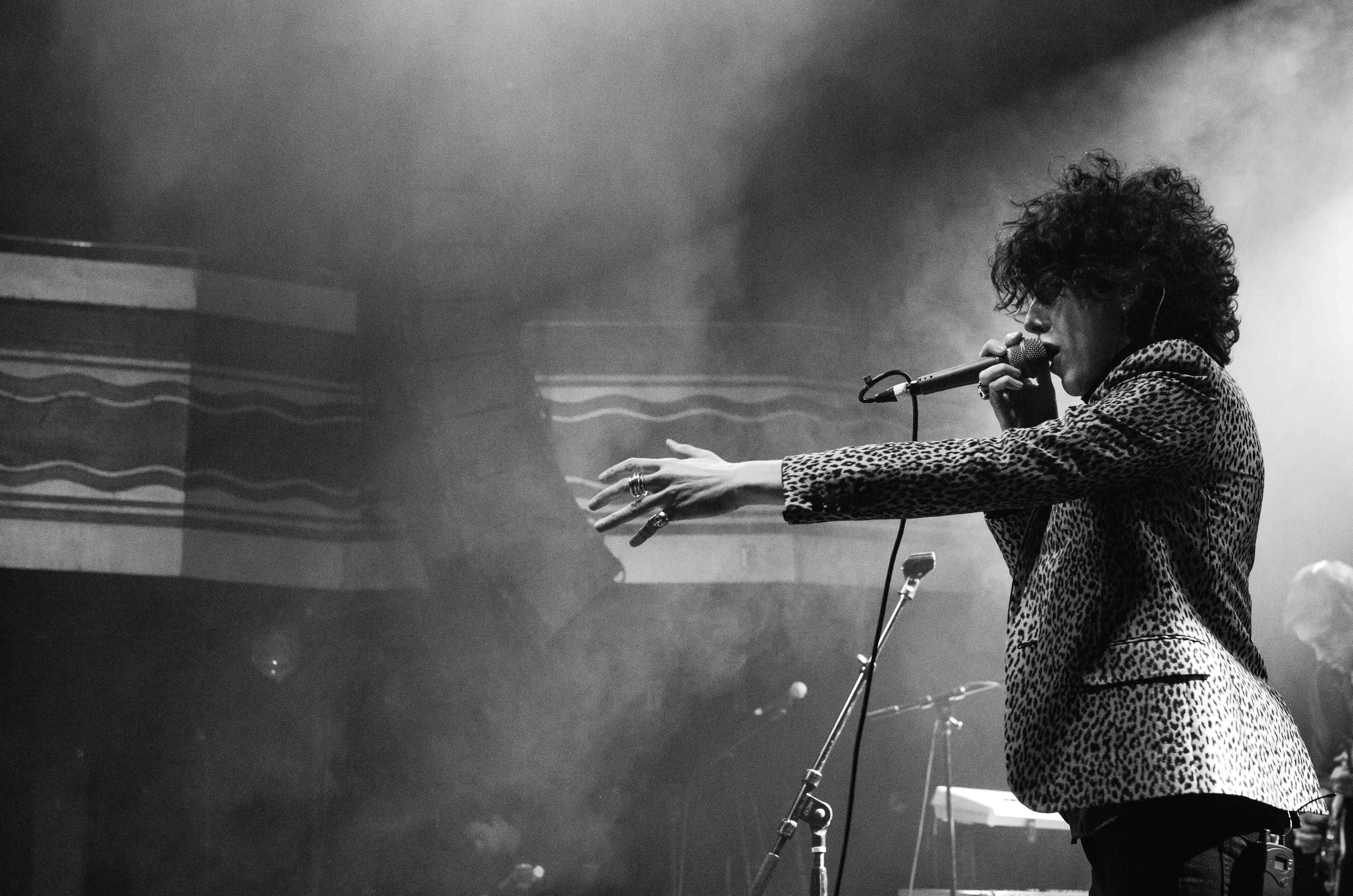 © Eric Tsurumoto, courtesy of the author

But back to “All I Want” and LP’s take on it. It’s no surprise that we love it – LP is an emotional singer and performer, hence the second verse of “All I Want,” that she got to sing, was a perfect choice for her. Especially as for all the lyrical lines, the four she sang were not only the most interesting, but also the most moving. Her fruity vocal contrasts with Stephen’s soft voice, and she nailed bringing out that contrast with each performance. Watching LP on stage with Kodaline, you can’t help but notice how modest and barely noticeable she was during Stephen’s part, only to bloom beautifully for her part of the song. When the band was asked about LP by District Consonance, they said: “She’s been supporting us this whole tour. The first time we heard her, we walked into the room and we were like – wow, what a voice. She’s very talented.” The very first show of that tour, Kodaline and LP played in Toronto, and it was one of LP’s favorite gigs ever. Here’s what she said to A Music Blog, Yea? in September, 2014:

It’s always fun the first night of a run with a band to check out the vibe of their audience, etc. This night turned interesting in another way, when there were rumors that a guy was going to propose to his girlfriend during Kodaline’s set on stage. The audience was already in great spirits, as Kodaline regaled them with a rip-roaring jog through their set of super catchy, uplifting songs. Then the announcement that a fan was going to say something that he wanted everyone to hear… drum roll… and then in a voice quite unexpected, high and squeaky and sweet a cute hipster boy told the love of his life that he thought she was super cool and nice and that he loved her cat and her lizard too and he would like to spend the rest of his days buying records and sipping boutique wheat beers with her. Not a dry eye in the slightly female heavy house. They sat quietly glowing on stage right, drinking champagne that the gents in the band provided (such good lads) for the rest of the show.

To provide a glimpse of the experience we’ve put together a playlist comprising of all 7 available performances – it’s worth watching in full. And if that’s not enough, there are also two official videos for “All I Want.” You may wanna equip yourself with a handkerchief or whatnot, just in case.

✶ The playlist with available recordings of “All I Want” by Kodaline ft. LP

✶ Kodaline is an Irish indie rock band formed in 2005 (until 2011 known as 21 Demands). LP was touring the US and Canada with the band as their opener in February and March of 2014.

✶ LP’s setlist, opening for Kodaline, consisted of a Coldplay cover, “The Scientist,” and her own songs: “Into The Wild,” “Your Town,” “Forever For Now,” “Levitator,” “Wasted Love,” “Night Like This” and “Tokyo Sunrise.”

✶ “All I Want” was first released on The Kodaline EP (2012, RCA), their debut release under their current name. The song is intensely autobiographical for its author, Stephen Garrigan, who is Kodaline’s vocalist. It was written after a very painful breakup with his then-girlfriend. The song gained quite a bit of recognition and was featured in Grey’s Anatomy, as well as used as the background music for Google’s 2012: Year In Review video.

✶ A video of LP announcing her then-upcoming tour with Kodaline

✶ A video of Kodaline rehearsing “All I Want” with the RTÉ Concert Orchestra. LP is not here, but the video is worth watching, check it out!

It’s so refreshing to listen to some challenging pop song from time to time. Something that stings your synapses a bit, leads you out of your musical comfort zone and straight into the wild. “The Beautiful People,” as sung by Christina Aguilera, kind of does that. END_OF_DOCUMENT_TOKEN_TO_BE_REPLACED

Never before has it been more tempting to go on about our perception of LP’s lyrics. “One Night In The Sun” just boils and freezes one’s conscience in singular still frames of the hazards of an ending love. And LP, as an experienced heart surgeon, is very precise and clever with her cuts. The words are so dazzlingly brilliant. Maybe the best we’ve ever read from LP. Tangible, sensual, sunburnt. END_OF_DOCUMENT_TOKEN_TO_BE_REPLACED

For us, the most intense and thrilling performance of “Don’t Let Me Down” by LP is the one she played for the Red Wall Sessions. Accompanied by Trevor Menear, she was featured as the very first guest of the show and here is a comment on her performance, taken from the FYI Television Network website: As soon as she opens her mouth, it’s clear she doesn’t sound like any other. Her strong vocals are a combo of rock and folk that’s hard to ignore. END_OF_DOCUMENT_TOKEN_TO_BE_REPLACED