Oops, she did it again. Three concerts into LP’s American tour, and here is that familiar feeling: NO WAY. The girls go wild, and the boys follow close behind – if you’ve missed it, you may want to check the videos from the Ace Of Spades and The Independent’s shows. If you’re in a hurry, though, then the pictures by Marc Fong taken during the San Francisco show will do. And since we are at the topic of LP’s touring, there is this one must-see video that we have to bring back, because we feel it simply can’t vanish into the depths of the internet. It was recorded in the fall of 2016 and it’s quintessential regarding LP’s approach to performing, writing and, basically, life. 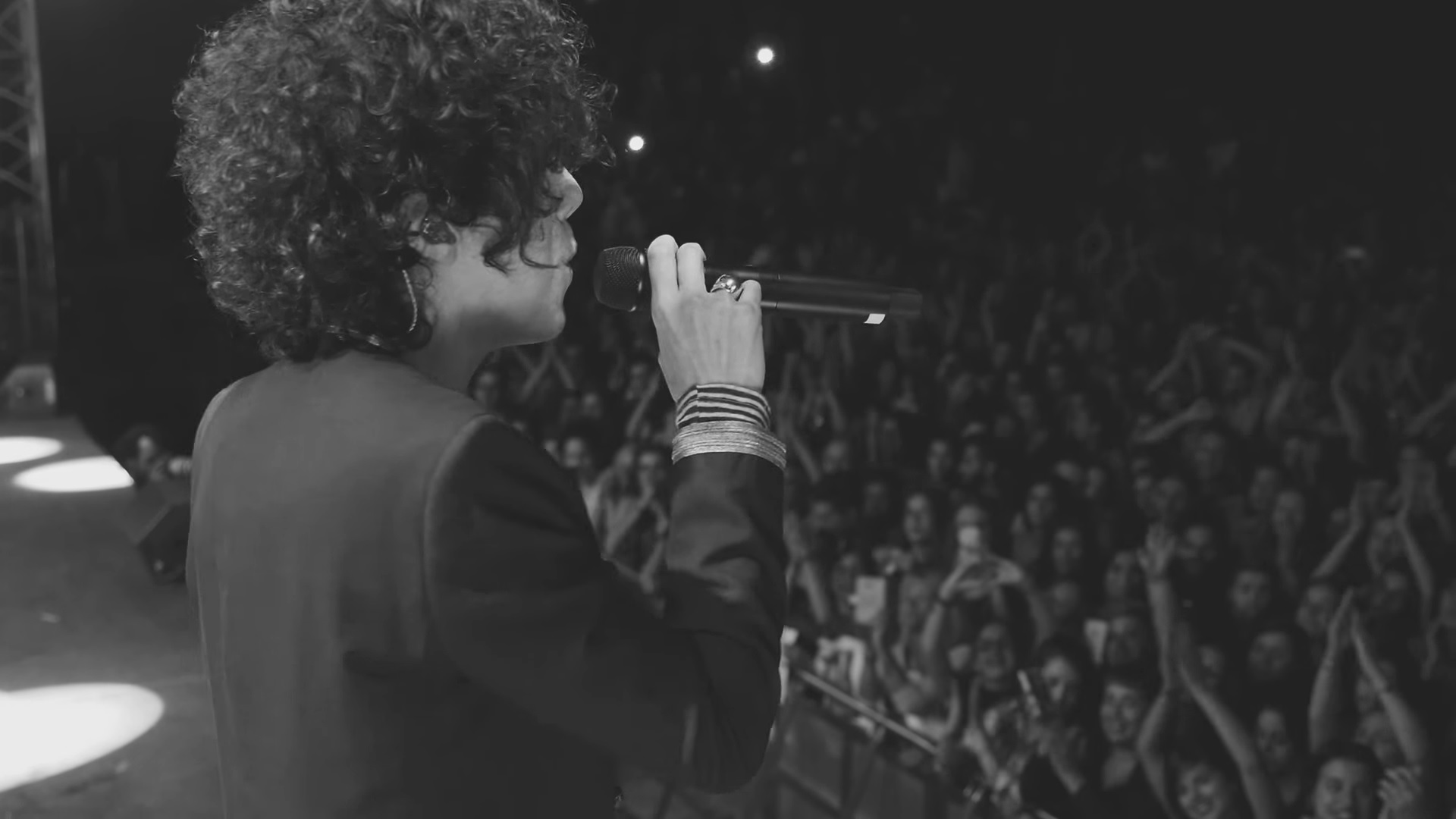 Still frame from the “Lost In Europe” series

The video is the last part of the “Lost In Europe” series recorded in Europe in September of 2016, and released during the Lost In Europe tour a couple of months later. The initial three of the four part series are a video recap of LP’s shows in Milan, Paris and Athens, and the last one features quite a special narration by LP.

While listening to what LP says, you can feel that she weighs her words and chooses them carefully. It’s the fruit of some very well asked questions (we don’t get to hear them though) and her well-thought answers. She tells the story of her career from the perspective of the success she has accomplished, with a beautiful short documentary of her triumphant September shows in the background. But through the way she tells her story, not only what she says, but also how she says it, she allows us to feel the struggle and the burden of the long years that went by between consecutive fruitless record deals that fired up all her hopes only to put them down again. The honesty of this short statement is striking, and it somehow highlights the “never give up” message that naturally emerges in the end even more. It’s a special message especially since LP, always a positive thinker, usually communicates in a light way, joking around, and you need to be somewhat familiar with her background to understand what’s underneath her smooth Sinatra cool. This is what makes this video so precious – you learn about the actual events in a nutshell, with all their bitterness, and you get to feel that you’ve really taken part in a watershed moment of bringing that beautiful artist exactly where she belongs, into the global spotlight.

If you saw this video back in 2016, don’t make the mistake of not watching it again now.

✶ LP for the “Lost In Europe” series, Part 4

Music is one of the great gifts of life, I think. It brings back an avalanche of memories and feelings. It’s our whole life, you know. When people say: “Your life flashed before your eyes,” I wonder if the music comes with it, or not. I bet for some people it has.

It’s very deep to me. It’s like your DNA.

Performing is… it’s literally like walking on the edge of a knife. It’s  powerful and weak at the same time.

One of the biggest things is getting myself ready. Present. To just be there. It’s a weird thing – I’m keeping that kind of buoyant feeling, like, “Anything can happen”, but also the “I gotta hit all these marks.” I really wanted to do everything that’s necessary and keep the balloon in the air. I think about that, but I try not to fixate on it. I just try to keep myself kind of floating.

You were there last night, it was like, I couldn’t explain that, really.

That’s when I go to the show and I love it, I’m just like, “There’s no way to describe what just happened.” It’s very personal. You get to see that and participate in it, and nobody else gets this, it’s a memory of yours, forever. It’s just nice to feel that you went through something, together, in a way.

I was kind of dubious about ever being a musician, ’cause I grew up completely not in that world. My older brother is a doctor, he’s a brain surgeon, for God sake. My dad was a lawyer, everybody in my family were lawyers and doctors. Being a musician was like, “How do you even go about that?” When I decided to do it, I knew no one, I knew nothing, I had no idea even where to begin, and I just was like, “It’s so out there, I can’t even wrap my head around doing this… maybe I’ll do it!” That was like… it was so wild to me.

I think every artist goes through this, when they’re like, “Am I crazy?! I must suck! I have to be honest with myself!”

I could be the spokesperson for musicians and artists. Just keep going, man, just fucking keep going, try to keep going, because you never know what’s gonna happen.

It’s probably a bit late for this, 15 months in, but we feel we should explain the idea behind our “outstanding performance” series. An interesting thing about the general idea of standing out is that there’s always some grabbing element to it. And whenever you get to be the receiving party, you’re granted this rare opportunity of letting it influence you in some peculiar way. END_OF_DOCUMENT_TOKEN_TO_BE_REPLACED

She talked to us a lot from the stage and we tried to capture as much as possible from the different videos recorded during the show. END_OF_DOCUMENT_TOKEN_TO_BE_REPLACED

LP wrote this song with her mentor, Billy Steinberg, alongside Billy’s long-time songwriting partner, Josh Alexander. It could have happened around 2011, when LP was writing songs for her then upcoming record, Forever For Now. They were collaborating extensively back then, as they also wrote “Savannah” and “Salvation” together, each of which made it onto the album (and also “Magic,” which will appear on the deluxe version.) END_OF_DOCUMENT_TOKEN_TO_BE_REPLACED