At the beginning of February 2017, LP visited Paris for some radio appearances, interviews and performances. One of the interesting interviews she had during that quick promo tour was with Men’s UP, a French portal dedicated to the topic of the masculine lifestyle. 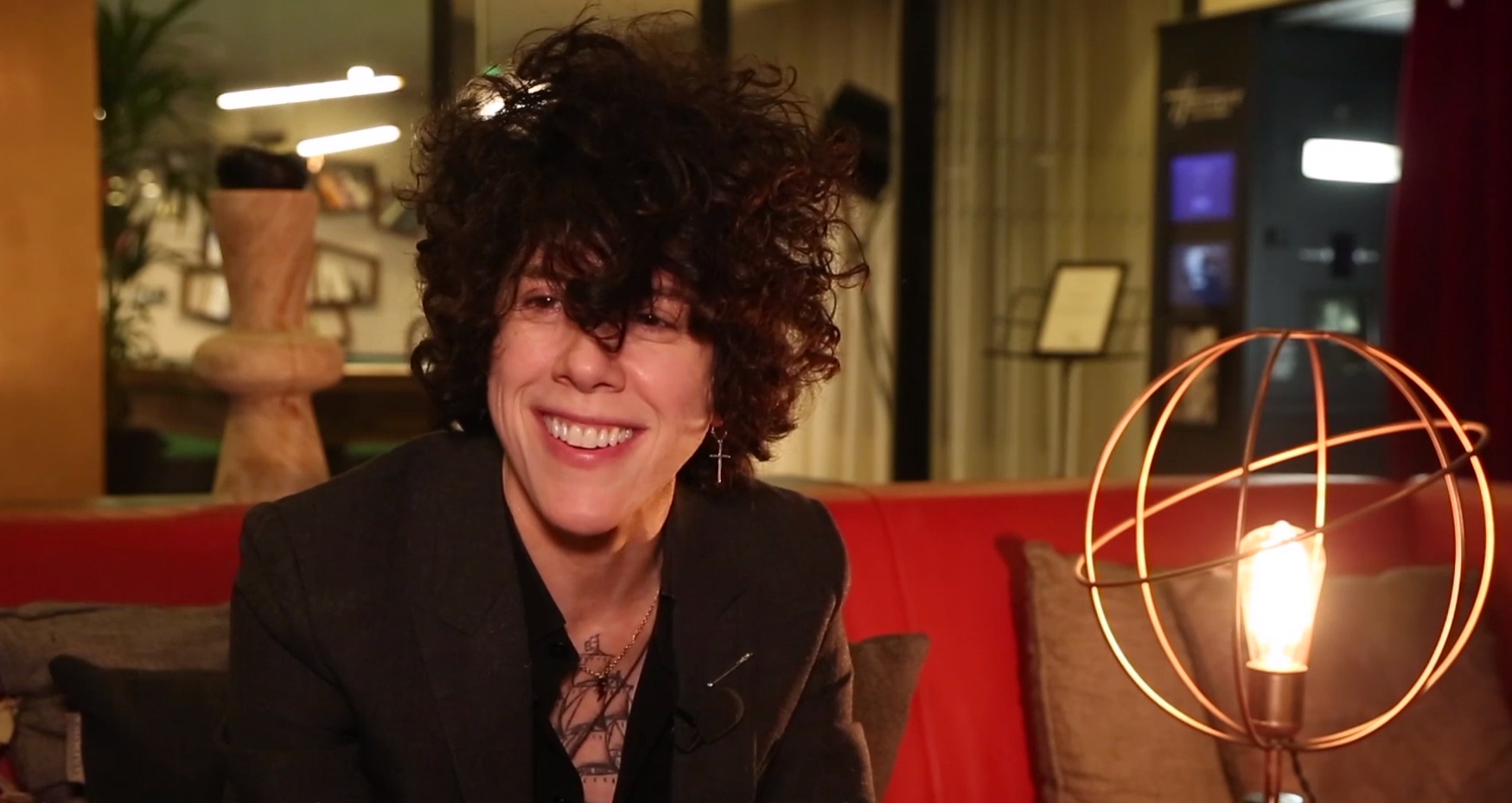 Still frame from the interview for Men’s Up

It’s a short but very substantial conversation. Besides the obligatory story about the “Lost On You” genesis, she also discusses different genres she incorporates into her music and shares her observations about romantic relationships with women and men. And finally she brings up the topic of the specific emotion that inspires her to write. There’s one thing we could argue with Men’s UP about – whether “Lost On You” is so greatly rooted in the American musical tradition. Compared to other songs on the album, this one is hardly archetypically American. LP herself called “Lost On You” the most Italian of her songs. Maybe that’s why her answer to the last question is so beautifully evasive.

Oh, they placed her on a red sofa with a fancy modern lamp on her left, making this action shot as French as it gets. And LP’s casual elegance completes it faultlessly. So here it is, for your listening and viewing pleasure.

Men’s Up: An artist in the shadow, LP, came into the light this summer thanks to the song “Lost On You,” but it’s not this New Yorker’s first hit. After having written for such big stars as Rihanna, Cher and Christina Aguilera, and having found success through them, LP created her first really international album and is making all the world learn about her songs. We had a chance of meeting her in Paris, to discuss the genesis of her song, “Lost On You,” intimate and universal at the same time.

LP: I was in a relationship that was going… it was like that weird in-between stage, where you’re not sure if things are gonna go well or if it’s starting to end. It’s kind of shake-that-person-into-some-kind-of-sense song, where you say: “Is it lost on you, all the things that I gave to you or wanna give to you?” It’s a kind of right before things start to go downhill, I think, or they are about to go down.

MU: LP is openly homosexual and she tries to render her story universal and make people accept it.

LP: You know, it’s the same thing as being in a relationship with a man. I have been in a relationship with the man and I know what that is. And it’s the same thing. A love… a romantic relationship is very much the same, within reason. I get it, that: “No, it’s not, it’s different, sex between man and woman is different!” But I think you have to write about your truth in especially matters of romans. I feel like I can tell when someone’s never had a really deep love by how they write sometimes, or they haven’t had their deep love yet. I think this one was one of those truly adult relationships, very complicated and a lot of things going on. And yes, there are other songs about this relationship and the complexity of it on the record – “Other People,” “Death Valley”, “Muddy Waters,” they are all about it.

MU: LP isn’t a phenomenon of one summer, her second single “Other People” is ready to be as successful as “Lost On You.”

LP: This song was a… When “Lost On You” was written, it was like a year before my relationship ended and then “Other People” – I waited about eight months. I was already with another woman, but I was able to… I saved the title for a while, because I knew I wanted to write it from a perspective of: “You missed that” kind of thing, but I didn’t wanna to sound too bitter and I think this one puts it in a way that I don’t feel bad about. I feel like I got my point across and I don’t think I was too mean, I think I was exactly what I wanted to say, like: “Hey, there you go. You got what you wished for. Go be with other people.”

MU: Definitely pop-rock “Lost On You,” colored with blues, folk and gospel, is totally rooted in the American musical culture.

LP: I definitely incorporate blues and gospel leanings into things when I can. I think that both those kinds of music are very expressive of the soul and a lot of them deal with deep longing, which I find to be a very common thread in my material. Probably the main impetus that makes me write is the longing for something – for understanding, for love, for truth.

MU: LP, a great whistler and an incredible melodist, won’t pass unnoticed, but in order to learn more about this great small woman with a powerful voice, we invited her to play our traditional game of Question Box.

Q: If you were a destination?

Q: If you were a piece of clothing?

Q: If you were a means of transportation?

LP: I would be a Porsche.

Veronica Tedderson, thank you so much for translating the questions from French to English!

It’s probably a bit late for this, 15 months in, but we feel we should explain the idea behind our “outstanding performance” series. An interesting thing about the general idea of standing out is that there’s always some grabbing element to it. And whenever you get to be the receiving party, you’re granted this rare opportunity of letting it influence you in some peculiar way. END_OF_DOCUMENT_TOKEN_TO_BE_REPLACED

It’s peculiar, the way we came across The Mars Volta. It was some ten years ago, on some old pen drive of unknown origin, when we found an mp3 off The Mars Volta’s second album, Frances the Mute (2005). The music got our attention right away. Quite likely, the way the band loosely speaks with the early work of Pink Floyd did the trick.  END_OF_DOCUMENT_TOKEN_TO_BE_REPLACED

We love this recording for the beautiful balance of vocals-guitar-drums, which is difficult to achieve on stage (especially when you have a drummer as fierce as Aaron), and which was definitely left off of the record. The ukulele is perfectly audible and the percussion creates a pleasant background for LP’s voice. END_OF_DOCUMENT_TOKEN_TO_BE_REPLACED