We have another great piece of writing for you today, since the British press has really raised the bar for the next journalist interviewing LP. 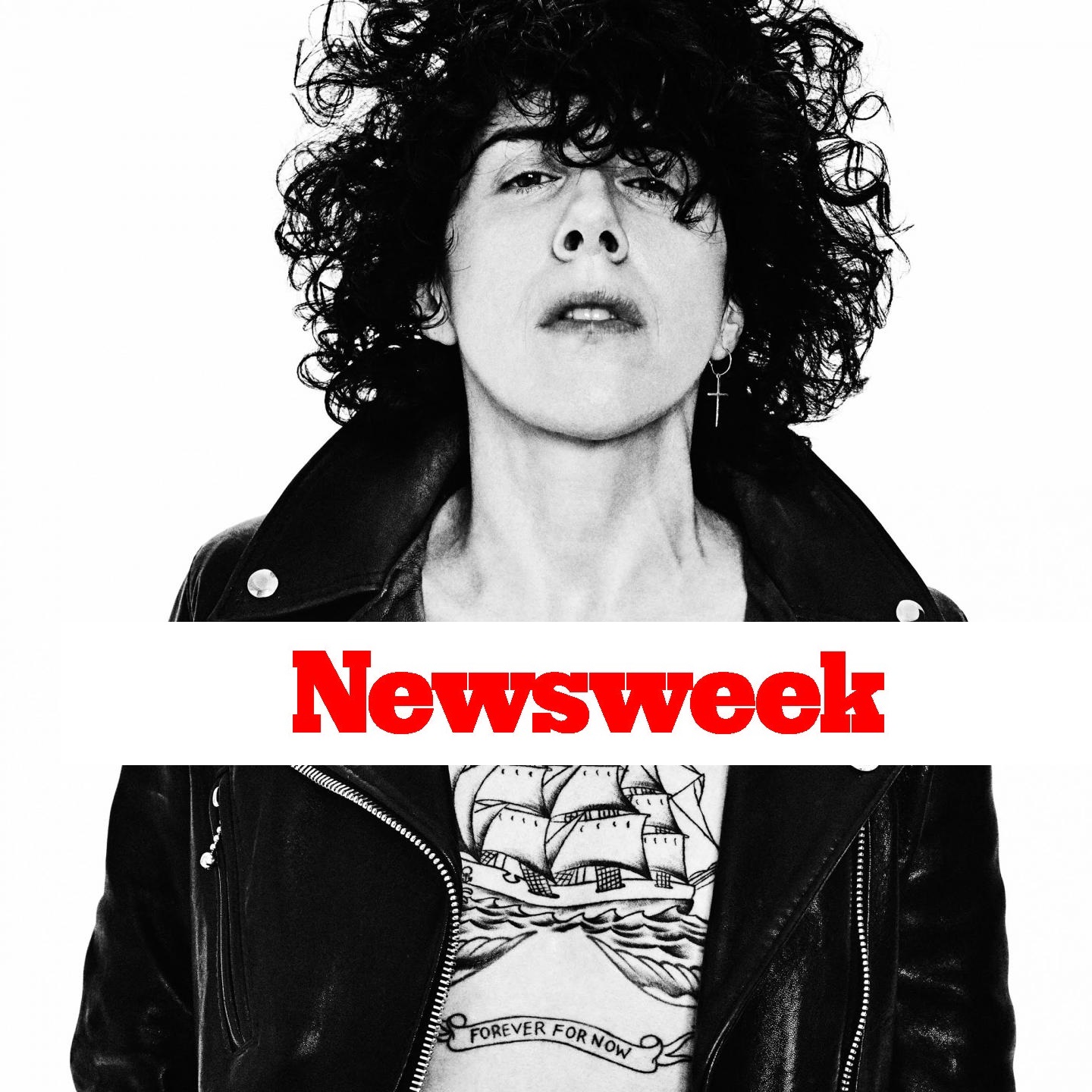 After the fine interview LP gave to The Independent, Newsweek follows with another brilliant piece. This one takes us even deeper into LP’s views on current political and social movements, the conditions of the world, and informs us of if she gives a fuck about people wanting to be like her or not.

Tufayel Ahmed managed to lead LP through all different kinds of questions – both exceptional and those asked a thousand times. They resulted, each time, in some in-depth answers, as she allowed him to learn more and more about herself, which doesn’t happen all that often. Tufayel & Newsweek – thank you for that!

✶ Newsweek article: Singer LP on writing a mature break-up ballad, fighting for her right to exist and radical feminism

✶ after seven aborted record deals and writing a string of hits for other artists like Rihanna and the Backstreet Boys – LP’s record deals:

✶ I did a show at Carnegie Hall [in New York], a Paul Simon tribute show – the show took place on March 31st, 2014. LP performed a song “Slip Slidin’ Away.” Here you can read a short article and a full setlist.

✶ We have reality TV to thank for this motherfucker – LP probably means the reality show “The Apprentice,” produced and hosted by Donald Trump since 2004. In the show, participants compete for the title of best businessman. The show, in a way, could have been his training ground for real politics.

✶ Paul Simon – American singer-songwriter and actor. Best known for his work in the duo, Simon & Garfunkel, author of such hits as “The Sound of Silence” and “Mrs. Robinson.”

✶ Johnny Cash – legendary American singer-songwriter, best known as a country musician, but he was also very influential in the field of rock, blues and folk music. His music and lyrics, sang with his distinctive, deep voice, were focused around moral issues, redemption and sorrow.

✶ Ellen DeGeneres – American comedian and actress, multiple Emmy Award winner. Since 2003, she has been the host of The Ellen DeGeneres Show, one of the most beloved talk shows in America. Ellen came out as a lesbian in 1997. Becoming more and more successful while being open about her sexual orientation, she has grown to be a natural ambassador for the homosexual community. She is beloved all over the States and abroad by both the progressive and conservative public. In 2016, she was awarded the Presidential Medal of Freedom by president Obama. She is not a fighting activist and has accomplished a lot for feminist and homosexual movements simply by being herself at all times, just as LP describes it.

LP premiered “Girls Go Wild” during her show in Sacramento, on February 9th, the opening night of her American tour. Thirsty for any snippet or preview of her new music, all the more so since her album is in the making, we were wondering if she would introduce some new songs to her American audience.  END_OF_DOCUMENT_TOKEN_TO_BE_REPLACED

It’s a nice example of how her approach to writing for herself versus writing for others evolved. And, surprisingly, during this short interview for Slacker Radio at Music Midtown Festival, there happened to be some space for the songwriting topic as well.  END_OF_DOCUMENT_TOKEN_TO_BE_REPLACED

Their conversation is casual and not really in-depth, but there are some things about it that make it probably one of the most beloved interviews with LP, ever. Firstly, the video features one precious rarity: at the end of it they play ukuleles and LP sings “Cheers,” which she wrote for Rihanna.  END_OF_DOCUMENT_TOKEN_TO_BE_REPLACED