We can’t imagine what it must be like for an artist, to perform their song in front of an audience for the very first time. When you get to a be part of it as a member of that audience, it’s the most intimate of moments. You can feel the tension, the excitement and desire, and you’re curious and focused, trying to follow the path which the song and the artist are setting before you. And when the song is over, you’re suddenly left with nothing more than an impression and nothing to really hold on to, and you try to catch the fading echo of the melody, until it fades for good. Hearing a song for the first time is always a different experience. It is the unknown. It makes you think. It engages you within the show in some other way. But only sometimes it happens that something you hear for the very first time hits you instantly, for real, that it grabs your soul and shakes it up. Suspicion, suspicion, how you’ve changed my heart… 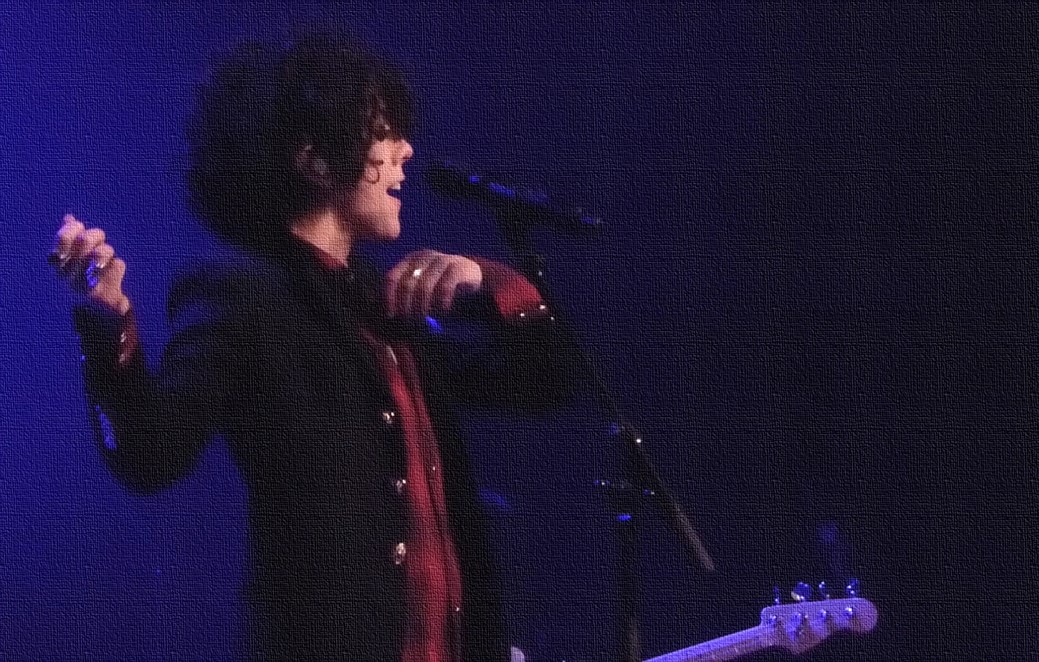 We have in mind a very particular performance, and it takes us back to a life-changing experience which the Smoke Em If You Got Em tour embodied for us. And even though we were quite dizzy from the number of wonders which were happening for us every day, the premiere of LP’s masterpiece, “Suspicion,” was one of the highlights of this unbelievable journey.

When LP decided to play “Suspicion” on April 9th in Switzerland in the small town of Thonex, sitting just next to Geneva, the song still remained unreleased. A month later it would be one of the four additional songs to appear on the deluxe version of the Lost On You album. And “Suspicion” was the only song, among those new four, that we knew nothing about, there were no snippets from the studio, no comments of any kind, nothing. The only thing made public about it was the title. So, when LP said from the stage in Geneva that the next song she was going to perform would be “Suspicion,” it was like waiting for the hidden vault gate to open and show all those treasures inside.

In the first notes we heard the intriguing, almost sinister guitar line, as played by JD; the melody took us instantly into some mysterious place. After a moment, LP started to sing. And then, Eli’s percussion joined in, with a slow and low-key drum beat. Brian’s bass started no sooner than on the first chorus. This ascetic and raw opening of the song made the first verse all about LP’s vocals, the delivery of which left us at a loss for words. She sang in a powerful and demanding manner, and the sounds of her voice swirled in the room as she smoothly and effortlessly sourced from her remarkable range. And, whatever her actual state of mind could have been, she handled it with lethal confidence. Her left hand on her hip, right hand nonchalantly reaching out towards the audience. Offsetting all that’s uncertain with ultimate control and endless cool. Watching her sing, we witnessed another showcase of her incredible gift of getting an infinite range of emotions across. There was fear and love, caring and cruelty, pain and injustice, and we felt it all, even though in the heat of the moment you may understand only some snippet of the lyrics. And the lyrics of “Suspicion” are truly magnificent – embedded in English literature, with a clear nod to the works of Shakespeare. Together with the music, the song takes you to some misty castle, to discover all its secrets. Experiencing the song for the very first time in Geneva was cathartic and quite simply felt good, like after a much needed session with a good therapist – the treatment itself was intense, but you walk away feeling much better. To think “Suspicion” wasn’t even intended to be performed that day, as we learned soon after the show when we saw the setlist. How lucky we got!

The performance in Geneva was as striking as the song itself – so complex and so well-showcasing LP’s blasting, show-off skills of interlacing those sky-high sopranos with her ashen low register, flavored with pulsating vibrato. Vocally, LP executed the song infallibly, taking us from the lows of the lurking and enigmatic verses to the highs of the powerful and refined chorus. When we were watching her, we couldn’t help but feel that she became one with the song (JUST LOOK at 1:40 – 2:20), and that she sang it as if, for her entire life, she’s been waiting for “Suspicion” to be born – first to write it, then to perform it. Performance-wise, she simply grabbed the audience by the throat and never let go, till the end of the song-closing perfect aria. It brought us shivers, sweat, tears – you name it.

We’ve been lucky enough to see how LP has shaped the live performances of a few of her songs, like “No Witness,” or “You Want It All.” We saw her developing them and gently changing the way she sings them. With “Suspicion,” there has hardly been any change at all, as if from the very beginning it was what she wanted it to become, and has remained so. And her silhouette and gestures that come together with the performance are as unmistakable for “Suspicion“ – you don’t even need to turn on the sound to hear the music in your head.

A month after this show, the deluxe version of the Lost On You album was released in Europe and “Suspicion,” written by LP, Nate Campany and David Gamson, swiftly became one of our favorites off the album, next to “You Want It All” and “Muddy Waters.” It truly is an exquisite composition, and it got the best production for the album version we could imagine. Renowned For Sound wrote in their review: “‘Suspicion’ highlights LP’s strengths as a talented songwriter, taking from the divas whom she has worked with in the past and channeling them all a little at once.” And as for us, every time we put it on, the very first notes take us always to that memorable Geneva night, and we see her standing in front of us, radiating her emotions as if this was the most important story ever to be told.

✶JD (J David Carrera) – an American guitarist, based in Los Angeles. JD accompanied LP for over one year, from her 2016 summer European promos and tours, right after “Lost On You” became a hit, through the American part of LP’s touring, up until the end of her 2017 Summer European tour. His distinctive guitar sound and incredible talent for interpretation beautifully complemented LP’s music and the sound of her voice. He used to bring a touch of dreamily profound Gilmour-ish sound to LP’s shows.

We gave it a try and translated it into English, which was a fun / scary / creative / wow experience in a way. Basically, we tried to guess what her choice of words would be. And we based that on what was already translated into Polish by Dzika Banda. END_OF_DOCUMENT_TOKEN_TO_BE_REPLACED

We had to see it again, and then another time. First, LP sings the song, but plays the guitar as well! We don’t think we’ve ever seen her perform “Halo” with a guitar elsewhere. And we’ve missed that small Martin guitar, and its distinctive sound, ever since LP replaced it with a different one earlier this year. END_OF_DOCUMENT_TOKEN_TO_BE_REPLACED

But back to “All I Want” and LP’s take on it. It’s no surprise that we love it – LP is an emotional singer and performer, hence the second verse of “All I Want,” that she got to sing, was a perfect choice for her. Especially as for all the lyrical lines, the four she sang were not only the most interesting, but also the most moving. END_OF_DOCUMENT_TOKEN_TO_BE_REPLACED