During the next few days following her absolutely phenomenal concert in Koko, LP did a lot of appearances and interviews for the British media, and one of them was for Radio Eagle3. It is a particular conversation in some ways, highlighting our favorite mixture of the interviewer’s enthusiasm and LP’s coolness. It’s only an audio file, but those recorded voices are very much marked with emotions, which makes you forget about the lack of a visual. And the visual is not that difficult to imagine. 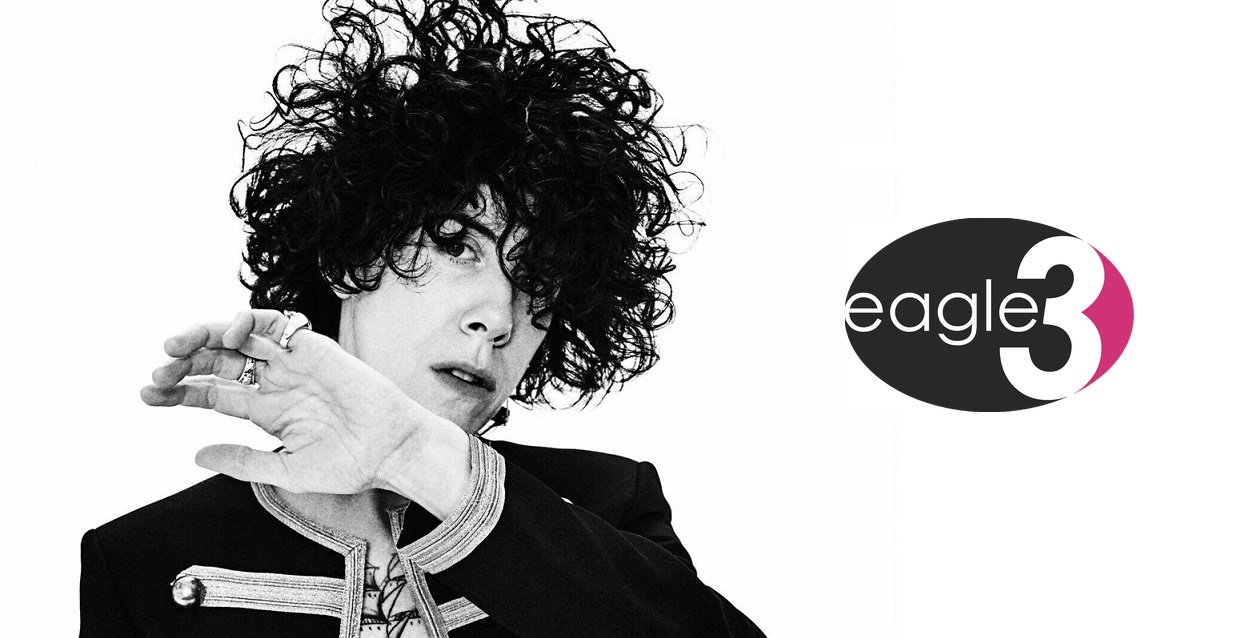 The conversation has a bunch of stronger accents, like LP’s dementi about the way she wrote Rihanna’s “Cheers” (just listen to her: “When I write songs on the ukulele, they’re for MYSELF”) and her views on her songs being artist songs. And her American friends not really getting what happened to her in Europe (and keeps happening – did you guys see this venue she rocked yesterday in Kyiv?!) All this makes this interview quite unique and a real pleasure to listen to. Here it is for you, with a transcript and some additional info.

Stuart Provan: Joining me today is LP. How are you today?

SP: Oh, it’s really good to speak to you and talking to you right now. Well, it’s absolutely blowing up for you with the track “Lost On You.” How has it been for you this past year? Just around the world this track is just absolutely exploding.

LP: It’s been incredible. No real words to say. I’ve been on tour pretty much the entire time. Obviously I’m from the States, so it’s an interesting… A bit like a bubble – you go home and people would be, like: “Oh, it’s nice what’s happening in Europe.” But I say, well, “It’s nice and insane.” Yeah! I feel like most of my friends and people I know not really can even comprehend what’s been going on over here, so it’s kind of an interesting little bubble that I’ve just been enjoying with my band and my immediate people. But it’s been incredible.

SP: Sure! When you’re trying to break out in your own country, I suppose, to start with… That’s the thing about music, it doesn’t matter where it happens as long as it does.

LP: Yeah, exactly. It’s kind of like love, you know what I mean? You can’t really hit all… You find yourself surprised, like: ha, I never thought I’d go out with someone that looks like this or is like this. And suddenly you are married to them with children.

LP: All right! Can’t help you though.

SP: Of course this is not a start of your career as such. You have been writing and recording for a long time and you’ve been writing for other people as well. So for you to actually have a track that’s stood out for you rather than being on Rihanna album or whatever, must be a nice feeling for that to happen.

LP: Yeah, it’s really cool. Unexpected and not unexpected at the same time. Songwriting just became a thing that I just do and did not really trying to get away from. One of the victories of how I’ve got my mind set up with songwriting, which is to not take the outcome of the songs too seriously and that includes me singing them or not. I truly didn’t really think that my career as an artist was gonna keep going on, but at the same time I just kept singing songs and writing songs. I feel that there are some songs that only I can sing in some ways.

SP: So is that how you pick which ones to keep for yourself in a way? That you know you’re the person that has to sing this song?

LP: Yeah, ‘cause first of all, it’s very personal, second of all, I think sometimes when you hear some of my songs, they sound like they are an artist songs, they don’t sound like a song that’s kind of up in the air, like, maybe this could be a song by whoever. To me they don’t. I can tell the difference now and it’s interesting.

SP: “Lost On You” is a beautiful track and one that I’m not sure whether to call it a heartbreak song or a break up song on some level, ‘cause I’m not sure that’s the message really that is there. But was it written at time when that might have been the case?

LP: It’s one of those songs that’s written before the break up, it’s written… It’s worse than a break up, ‘cause it’s like the torture in the meantime. That uneasy feeling when you just… I think sometimes we don’t even know how close we might have been to breaking up with someone, because I think that as close as you can be to someone, ultimately they are a vessel in and of themselves and can keep things in their head if they wish for long periods of time. So you’re not aware of what might be going on and I think I was in that dangerous place, where I was feeling things, but I was like, “Am I feeling this or am I not?” I think everybody’s been there and I think that’s a part of the connection of the song, ‘cause you’re just hoping to shake something loose in that person to make them kind of snap out of it.

SP: What I really like about the track is that you whistle on it. And you don’t get much whistling on tracks anymore.

LP: Well, not that kind of whistle anyway. That’s like a cab whistle.

SP: Absolutely. What was the thought behind throwing that into mix?

LP: I don’t know, I did… You know, when we’re done with a song, me and producer were just like: “Let’s do like a…” I always do a vocal ad-lib track, but we did a whistle ad-lib track. ‘Cause I have a few different whistles that I do.

SP: And it works, doesn’t it, it works absolutely!

SP: I know that you write a lot of stuff on the ukulele as well, which I dabble in myself, I’m not very good in it, just a few chords.

SP: I know what I’m doing, but not to the point of being able to write a track. How does it become from playing around on the ukulele to a fully produced track for you?

LP: Usually just like… I play it for… And I haven’t… Contrary to an article that was published in… I did not write a Rihanna song on the ukulele. I brought my ukulele to that session. That was a first time I ever brought it to session, just to have, just to… Sometimes I wander off and write lyrics without the track booming in my head. And it wasn’t… oh, I didn’t write the song on the ukulele. When I write songs on the ukulele, they’re for myself, so sometimes I come in with a few chords and a title or a melody or whatever and then we embellish it. It’s the same like a guitar… it is a guitar, but the thing that I like about it is that I can take it anywhere and play it anywhere, like in a seat of a bus, a train, a car. I just feel like there is character to it that just gets to my heart and brings songs out.

SP: I know you’ve been to the UK, you performed at Koko in London. How has it been for you?

LP: It was last night. It was great. Yeah, it was fantastic. The crowd was incredible. I find it quite… I’m just overwhelmed with joy that London crowd would like what I’m doing, ‘cause I find them… To be honest English crowds are very discerning, I feel like everybody knows that, and to me this is like one of the birth places of rock ’n’ roll. So it’s been, like… everyone knows that you guys are basically an authority on. It’s like, you know, real talk.

LP: To make any kind of dent and gather a crowd in such a beautiful place like Koko was just an absolute… pleasure and honor.

SP: We look forward to hearing whatever comes next for you as well. Thank you for having a chat with us today.

LP: Thank you so much, man.

✶ Concert in Koko in London – the final show of the Smoke Em If You Got Em tour, played on April 24th, 2017. An exceptional, magnificent performance by LP and her band.

✶ “Contrary to an article that was published in… I did not write a Rihanna song on the ukulele.” – she means an article by BBC Music, titled: “I wrote a Rihanna single on a ukulele.” She talked to them in February 2017. Other than this ukulele mistake, the article is a very good read, check it out!

During that particular concert every verse she sang resembled a work of art – created, prepared, thought through exactly for that moment. It’s a rarity to see an artist sing with such attention and care. LP was focused on her act exclusively – her emotions, her music and lyrics; she didn’t interact with the public while singing and, strangely, it felt like she had decided to open up this very way. END_OF_DOCUMENT_TOKEN_TO_BE_REPLACED

Carrie Lyell, from Diva magazine, talked to LP the day after the absolutely mind-blowing show LP gave in the Koko club of London. We were lucky enough to witness that gig and we remember very well the energy in the room. END_OF_DOCUMENT_TOKEN_TO_BE_REPLACED

When you are an adult (for a longer while) and you’re already done with your teenage-twenties rock’n’roll days, and your favorite entertainment becomes to hang out at home, it takes something really big, closer to an atomic bomb, to make you get up, pack your suitcase, and wander around Europe in the airport-hotel-club-bar-hotel-airport-club-bar mode for a month.  END_OF_DOCUMENT_TOKEN_TO_BE_REPLACED