Late in 2016, LP talked to Vincent Richard from RFM radio, shortly prior to the release of the Lost On You album. RFM radio seems to truly love LP, as she’s been their guest a few times, already. 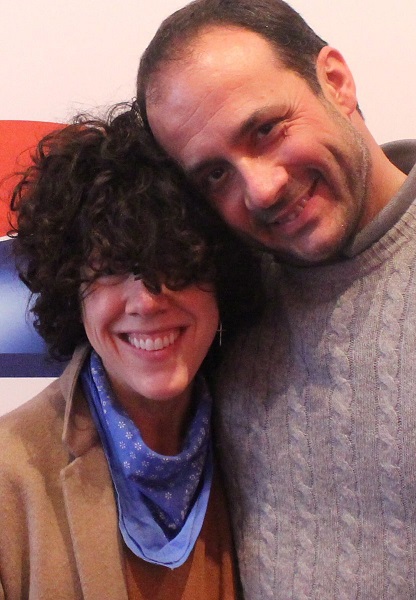 In this interview, two particularly interesting issues were raised: if LP is vegan and how she feels about French people. Curious? Go ahead and find out what LP has to say about it. Apart from the interview, we found a 25-minute long live performance which LP did for RFM back in September of 2016, the one Vincent was probably referring to at the beginning of this interview, although he says it happened a few days ago. We haven’t found any other performance they could have been talking about, so it’s probably this one.

Well, whatever they meant, here you can see the full half-hour performance which LP recorded in September, 2016. At the very end, there’s a short interview where she says that she really feels it when she sings, and maybe that’s why she is able to reach people on an emotional level. She also mentioned that singing accesses a part of her that needs to get out. LP talks about how, when she was writing for Rihanna, the people who were writing with her knew it was a hit and threw a party at the studio that very day to celebrate the moment, which was a new experience for her.

For LP, it must have been a very difficult performance, because the sound in the studio was simply terrible. She couldn’t hear herself, she couldn’t hear her ukulele, or JD’s guitar… At one point she even interrupts her performance of “Other People” saying that she is so sorry, but she needs to hear herself to be able to sing. Anyway, she was very brave to do this performance. As always, she was very, very kind, saying she doesn’t want to blame the sound guy for all of it and that she is really sorry. So here you can see her more on the battlefield than on the stage, but (spoiler alert!) she is a hero and in the end she wins against all odds.

RFM: [in French] I’m so very happy to see you again after the Facebook Live we had together a few days ago (he probably meant “months”, not “days” – editor’s note.)

RFM: It was cool!

RFM: [in French] What are your memories of the first time you sang something, and where it was?

LP: I don’t know about the first time, but I do remember I… I was kind of… I remember I think to myself: “Ohhh, I can kind of imitate something,” like a singer. I think, it was probably some musical theater of some kind, because my mom listened to a lot “Sounds of Music” and things like this. But I remember secretly being like: “Oh, huh! I can’t believe I could do that!” But I was embarrassed, ’cause I had a natural vibrato in my voice, like I still do, and it was a little embarrassing for a little kid to sing like that, it just felt very like “LAAAA!!!”

RFM: [in French] Our listeners also have sent us questions for you on twitter, they ask you what would you like to do in life if you weren’t a musician?

LP: I think that I would be a doctor. I’d probably would have just bit the bullet and try to go for that. Like a psychiatrist, psychologist kind of doctor. But, yeah, I think that kind of stuff, people, the mind interests me, so…

RFM: [in French] Do you have any secrets, something you do to take care of your voice?

LP: I mean I’ve studied… Soup! I’ve studied opera and then I studied kind of a more… not really technique, but I just studied scales, operatic scales, and aria scales that I use in these warm-ups I do about half an hour before whenever I sing, especially a big show, I mean always, but when I have to sing a lot. Sometimes I only warm up 15 minutes before something small, like one or two songs, but always at least a half hour before I go on. And then I do these things called cool-downs after. And that really helps a lot.

RFM: [in French] LP, your album Lost On You will be out December 9, we just learned that super news, how do you feel about it?

RFM: Do you have some rituals, before going on stage, during your tours?

LP: Well, the biggest thing is honestly warming up my voice, ehm, and, I don’t know. Sometimes I just kinda try to get a more meditative state going on, getting my head so that… Because one of my biggest things, that I figured out a while ago, that a performance wise… I never wanted catch myself thinking about dumb stuff or stuff that… you know, I really wanna be in it, and very engaged.

RFM: What do you like the most about your job?

LP: Honestly, the fans. You know, they are everything, they are all of it. There is no me, there is no my music without people that wanna listen to it, so being there with them, meeting them and engaging with them, and even if it’s only from the stage – that’s the best part of my job.

RFM: [in French] What do you like the most about us French people, and what do you hate about us?

LP: What I love most about the French is that they are very real, they are very… they don’t mess around with what they like and do not like, they’re very discerning, in all.

RFM: Maybe too much sometimes!

LP: Yeah [laughs], in all things. I mean, especially things of culture. So, it’s very much an honor to be doing some good stuff here and playing in these incredible places, so, that’s one of my favorite things. I don’t really have a least favorite thing, to be honest with you. What I feel bad, the worst about, is I have to constantly go, like: “What’s in there?” as far as food or stuff like that, because it’s always, there’s like, “Ohhh, there’s a little butter in there,” “Ohhh, there’s a little cream in there.”

LP: I’m not vegan, but I don’t eat dairy or meat. I think French… I’m not trying to blow smoke or kiss anybody’s ass here, but it’s one of the most beautiful sounding languages, you know what I mean, and, so, I wouldn’t mind learning a bit more of it.

RFM: Cool! To finish, would you like to say a word for your French fans?

LP: Ermmm, I would like to say “Merci beaucoup” [Thank you very much] and, ehhh… what else can I say? What other word can I dazzle you guys with?

RFM: Here we go, you’ve got the word.

RFM: Thank you very much! The 9th of December, Lost On You, the album of LP! Thank you so much, merci beaucoup! [in French] December 9th, LP’s album!

Thank you, Veronica Tedderson, for your help with the transcript!

After years of touring, releasing indie records, and getting to know the music industry in general, LP performed in 2006 at the South By Southwest Festival (SXSW). This particular performance marked her career greatly, as it momentarily created quite the buzz around her.  END_OF_DOCUMENT_TOKEN_TO_BE_REPLACED

Many different elements combined to form how special this entire show seemed to us, even before it actually happened. It was LP’s first gig of 2017 and also her first event after she had spent a few months playing almost exclusively in Europe, finishing the year with her intense Lost In Europe tour in mid-December of 2016. So, when this petite American performance was announced, all the eyes of Europe were upon it END_OF_DOCUMENT_TOKEN_TO_BE_REPLACED

You probably need to live in LA or somewhere else in California, or at least in the freaking US, to fully grasp the phenomenon of Hollywood music clubs. So this will probably be kind of, well, interesting (at best) to tell the story of LP & The Sayers Club from the European (and outsider) perspective. END_OF_DOCUMENT_TOKEN_TO_BE_REPLACED