Death comes, and often, in forms other than the natural one. -Truman Capote

Some say that it is the quiet, calm words that truly cut through to the core. They resound. And when talking about grief, the most heart wrenching thing is not the loud despair, but someone’s peaceful mourning, without tears but with part surrender, part acceptance. The hole – the loss – then becomes visible and palpable, and it makes you feel afraid to love anything, ever. It is almost impossible to try and enclose this kind of thing in a song. You may succeed, but you would need western music for that. 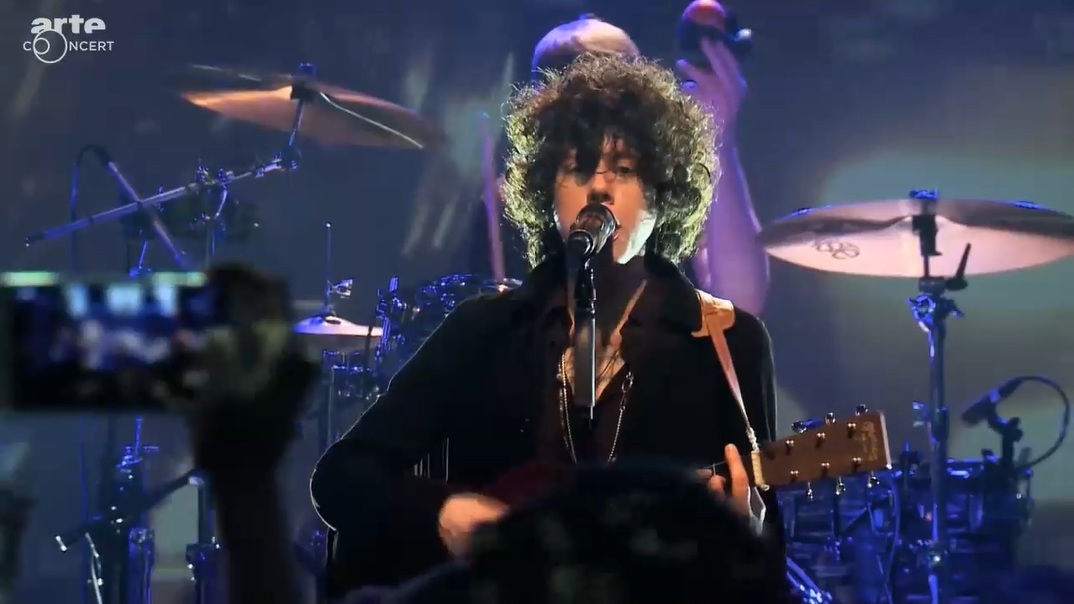 “Long Way To Go To Die” is a lonesome ride through one’s own prairie, which to tell you the truth is a fearful place and from where there is no quick escape. The vocals roam, meander beautifully, calmly wander around telling the tale – be it to themselves only, be it to whoever listens.  Then the guitar offers up just the same story, nodding quietly in its own language to what is being sung. Everything is toned down and restrained. There are no cries and no big words.

We watched it streaming live, when LP sang “Long Way To Go To Die” in Berlin for the Arte channel back in 2016. It was late October, the birthday of one of us. The tickets for our very first LP show were already sitting in the mailbox, waiting for November. Really, at that point we didn’t need any confirmation that this music was worthwhile. Yet there we were – sitting on the floor of some rented apartment, being completely taken in by the concert we’d just seen on the screen, surprised with how intense the whole performance was for us. Above all, we didn’t even think that this kind of awe could hit again and again later on.

We once almost witnessed “Long Way To Go To Die” played live. Almost – it was just about to happen in Zermatt, two years ago; the song appeared on the setlist but, for whatever reason, LP didn’t play it then. Damn. Thinking about it now, we’d have killed to get tickets to that Arte show.

LP and her band, way back then, those four had something incredible going on: the refined, soft drums of Matt Mayhall; the soulful sound of JD Carrera’s guitar; the subtle guidance of Brian Stanley’s bass; and LP’s spectacular vocals. And “Long Way To Go To Die” as they played during this Arte show – ah, we do love the album version very much, but this performance is something else. When we want to put this song on, this is what we play. Sometimes we like perfection, and we’re not afraid to say it.

✶ “Long Way To Go To Die” is a song written by LP, Mike Del Rio and James Earp. It was included on the deluxe version of the Lost On You album, released in May 2017.

And so, we’re taking you back to the summer of 2016 and LP’s European radio promo tour once again. We must be missing the sun or something. Or perhaps it’s Italy we miss. Well, anyway, on July 26th LP visited Rai Radio, only a month after her previous performance there, the occasion when she sang the exceptional version of “Strange.”  END_OF_DOCUMENT_TOKEN_TO_BE_REPLACED

When you play yourself LP’s 2014 album for the very first time, and when you hear its bursting opening track, “Heavenly Light,” it prepares you for everything but for how the album ends: with a quiet, gentle ukulele, tender whistling, and vocals with something inconsolable to them. END_OF_DOCUMENT_TOKEN_TO_BE_REPLACED

LP briefly describes what kind of sound we can expect from her new US/UK release (and, apparently, as she said two days ago during her Stockholm show, the European deluxe Lost On You edition,) discloses some facts about the “Switchblade” genesis, and structures her upcoming tour schedule.  END_OF_DOCUMENT_TOKEN_TO_BE_REPLACED