Let’s go back to the year 2012, when LP made her come back to being a performing artist. Interestingly, five years back she was being asked quite the same questions as she is getting now (well, minus the LOY one, but you can almost hear it being the next question), but her answers have changed a bit over time. 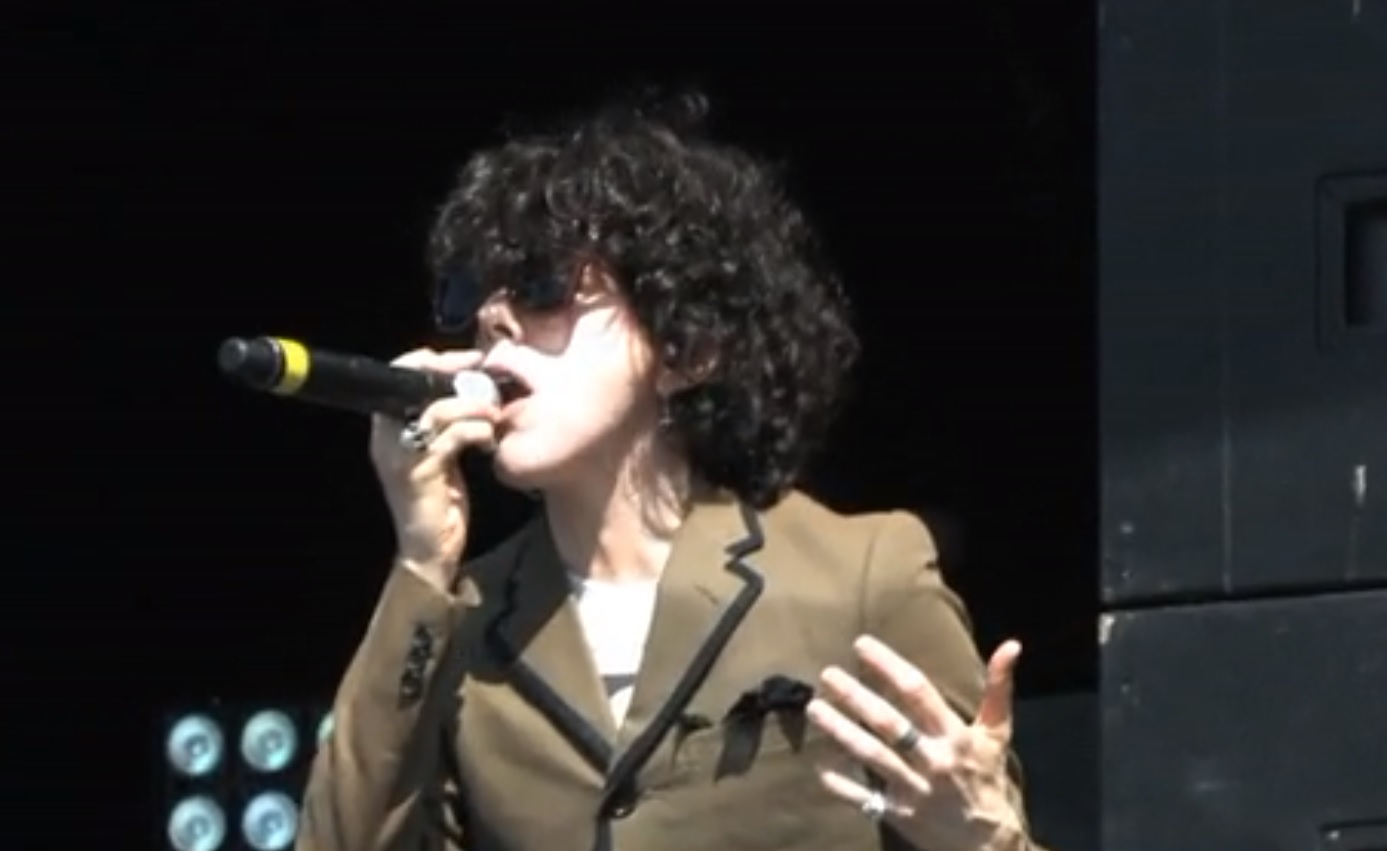 It’s a nice example of how her approach to writing for herself versus writing for others evolved. And, surprisingly, during this short interview for Slacker Radio at Music Midtown Festival, there happened to be some space for the songwriting topic as well.  Not enough, not enough, as always, but still, just listen, guys:

“My stuff, as I feel it sometimes, is a little more… It’s personal. It’s deeper to me and it’s not as… I mean, gosh… I like my stuff to be deep and universal, but it just depends. It depends on the feeling, it’s intangible.”

For that, thank you forever, Slacker Radio! And you’ll find some more stuff there, like on songwriting not being about including some gimmicks to write a hit song, but about being true to yourself. But in her words. A must!

The interview took place during the Music Midtown Festival in Atlanta in September, 2012. You will find a link to the interview below, but before the interview starts, make sure to be prepared to watch some interesting Asian commercials.

Brittany Danley: It’s Brittany live at Music Midtown here in Atlanta, Atlanta’s music festival. Have a lot of fun, talking to a lot of artists this weekend. And we’re here in Slacker with LP. How is it going?

BD: I gotta tell you that this is so many people that showed up to see your interview today and yesterday. Not as many people hanging out, so apparently you’ve got quite a following here in Atlanta.

BD: Ok. They’re definitely gonna be out there for your show.

BD: Welcome to the town and the festival.

BD: Really? After this weekend it won’t be.

LP: Yeah. I was like, “Damn! That’s the nicest festival grass I’ve ever seen.”

BD: So we mostly have known you up until now as a songwriter. You’ve written songs for The Backstreet Boys, for… Heidi Montag, if I’m not mistaken?

LP: Yes. She bought songs from me, that’s all good, she’s very nice.

BD: I would write a song for Heidi Montag if she wanted it from me!

LP: There you go. If she wanted the song, she bought the song, take the song.

BD: And from Rihanna, you had a big hit last year with Rihanna.

LP: Yeah. And I have a couple of more, like for Rita Ora and Leona Lewis and some other peeps. Joe Walsh.

BD: Soo what made you decide that you make this jump from writing songs for other people to “I’m gonna do this for myself”?

LP: I’m just… to be honest with you, it was a management thing. They were like: “You should still do it, still sing a little.” And I was like, “Ah, I don’t know.” I said: “Yeah, but I don’t wanna have to change, if I do it, I’m just gonna do what I do.” And they were like, “That’s what we want you to do,” and they were very supportive and helpful and giving me some courage to go for it. And then I just started writing songs and I wrote a bunch of songs that just really fit what I was about and they just seem like a right time and then people just came out.

BD: Did they give you a Go-Go Juice like on Honey Boo Boo?

BD: So you’re still writing songs for other people, but you’re doing this thing for yourself. How do you decide on this point what song you’re gonna keep, that you really love, and what’s the song you’re okay to give away?

LP: I can tell now when I’m writing when I’m like: this is not me, I don’t want this song. I can see this for someone…

BD: “This is good enough for somebody else, but it’s not for me.” So the best stuff…

LP: Yeah, that’s a different vibe. My stuff, as I feel it sometimes, is a little more… It’s personal. It’s deeper to me and it’s not as… I mean, gosh. I like my stuff to be deep and universal, but it just depends. It depends on the feeling, it’s intangible.

BD: Yeah. So I’ve actually worked for pop radio for 16-17 years now and I have two tells for me, for what’s gonna be a hit song. My two tells are: if you can sing along with it almost right away and/or if you can identify some emotional experience in your life with that song right away. Do you have any tells or things you try to fit in, like, this is how I’m gonna make it a hit song?

LP: You know, no. It’s gotta be a visceral feeling where the melody just feels really fresh all the time. I kinda get this “I’m never gonna get sick of this melody” feeling. And I think it’s a whole thing with this singing this song right away, I agree with you, I feel like it’s immediate. And there’s a feeling like you’ve heard it before. Some people take it too far and you have heard it before. But that’s what people always say – “it feels familiar.” It should be like that. I think we all have a bunch of different songs in our hearts already pre-programmed in a way. And they just register.

BD: I read that you’re writing like 60, 70, 80 songs a year. So that means you’re just walking around all the time looking for input.

LP: I wrote a song on someone’s forehead the other day!

LP: No. It’s weird. I’d just be on my way to a session and think of something. I keep all my stuff on my phone. My favorite thing is having a title or some kind of idea of what I wanna talk about.

LP: Yeah, exactly, that’s the best. Sometimes I don’t have one and I just sing one when I get on the mic and I just start singing melodies. That’s always nice.

BD: Awesome. Well, thanks for hanging out with us, LP. And I think probably you have some people who wanna meet you.

Heading back to earth. Houston, we have a problem: sometimes it’s hard to say what exactly doesn’t work when two parties want the same thing but, for some reason, are just not able to make it happen. Like with the music industry – the business model seems to be pretty uncomplicated: artists sell, people buy, yeah? END_OF_DOCUMENT_TOKEN_TO_BE_REPLACED

When you play yourself LP’s 2014 album for the very first time, and when you hear its bursting opening track, “Heavenly Light,” it prepares you for everything but for how the album ends: with a quiet, gentle ukulele, tender whistling, and vocals with something inconsolable to them. END_OF_DOCUMENT_TOKEN_TO_BE_REPLACED