Sometimes, quite rarely in fact, we hear or see something too intense for our senses, our minds start wandering, seeking some balance, and trying to figure out what, exactly, is going on. It happened to us this May, at the very beginning of LP’s show in Birmingham, when we kind of instantly understood that – yes, baby – we’re bearing witness, just now, to the best show of our lives. And when we realized it, in this very moment, we let ourselves get carried away, ‘cause when you’re getting high, you definitely don’t want to ruin it by overthinking. Couldn’t possibly let that happen to ourselves, not that night. So, we just went with it, and lived it and absorbed it and let it flow through, hoping to be gotten out alive. Birmingham – what did you do to us! 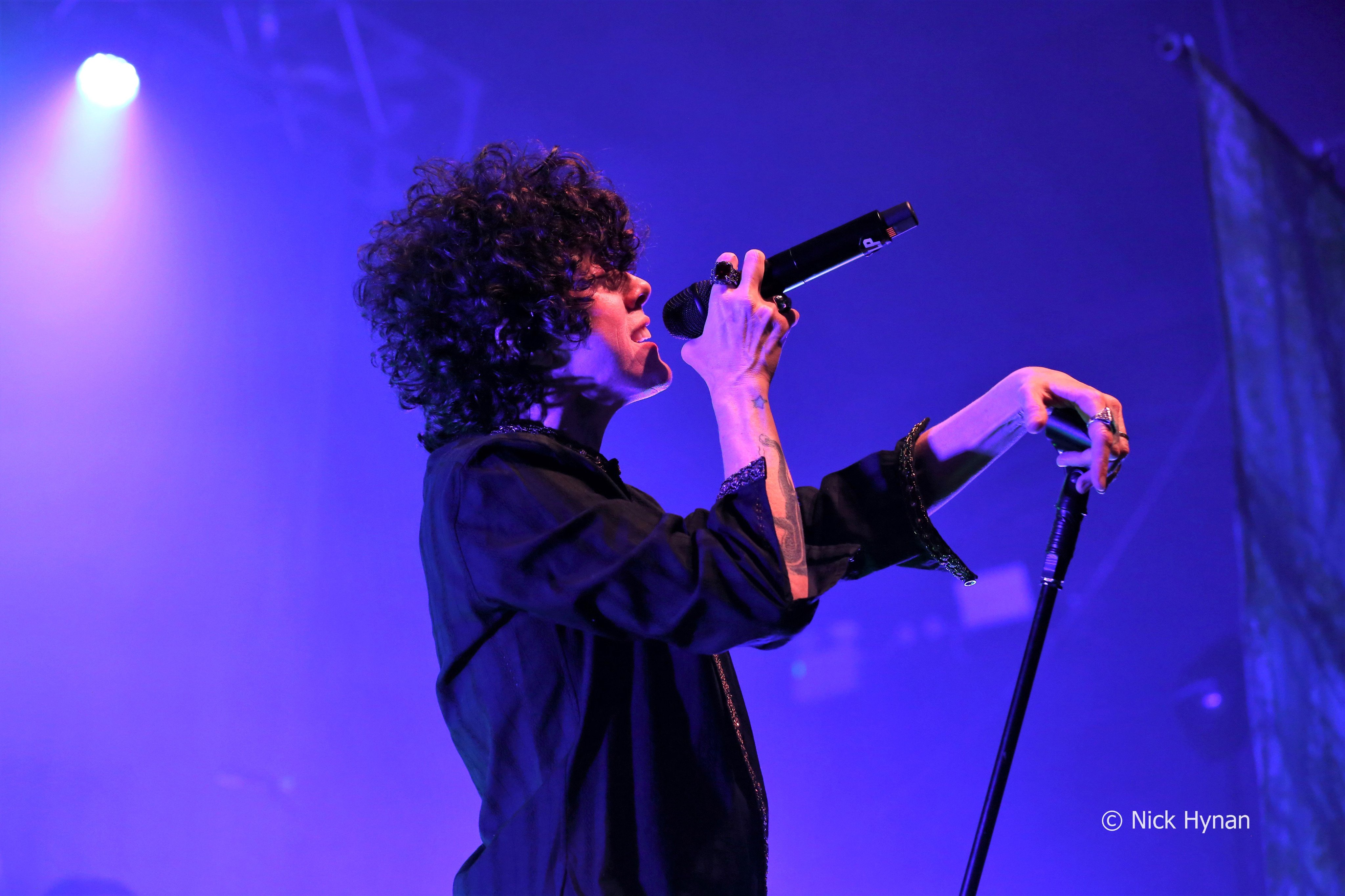 LP in Birmingham © Nick Hynan, courtesy of the author

So, what makes a true rockstar? At that particular moment, all we knew was that we had just been looking at one hell of a one. And what exactly makes this rockstar perform a show better than we’ve ever seen – what makes her vocally go beyond the limits, push the reasonable boundaries and deliver a performance of staggering intensity? What is this spark that triggers an avalanche of instinct, emotions and actions, which then leaves the audience sincerely lost (for words and otherwise)? There are so many compounds to a showday, so many variables, so many random things going on. Impossible to extract anything sensible from this chaos, unless…

Unless it’s about freedom. And so maybe, just maybe, if there truly is a key ingredient in this potion, the answer may lie in the sound palette a venue has to offer to the artist – when the sound of the place bows down to them, when they can shape it however they see fit. And when they can just go for it, if they want – and slay. We feel that this is what happened way back when LP played her acoustic show in Radio Trójka two years ago – sitting there, we couldn’t believe the sound waves that were either caressing the air around us or cutting right through it, in turns. Maybe the same thing happened in Birmingham this May. Couldn’t be sure, but Trójka was the closest thing that we could possibly compare Birmingham to. Meaning the absolutely outstanding acoustics of the venue, which finally did justice to LP’s breathtaking vocals; acoustics that she used and pushed to the maximum. It was like that one-off concert all over again, sound- and vocal-wise, only drenched in gasoline and set on fire. Holy shit, aren’t we two lucky bastards?

Once up there, on the cute little balcony of the O2 Institute, we learned straight away what kind of a show we were going to witness – right to the point, with no redundant promises. From the very first chorus of “Dreamcatcher,” which has no lyrics to it but melodic vocal calling, from that moment until the very last seconds of the show, LP made sure to fully unfold her vocal peacock’s tail and take us through all its colors, textures, depths and high-low extremes. And, of course, we know full well the measure of LP’s mastery and talent, so it wasn’t just about that. This time, it was different. What LP did to “Dreamcatcher” this time around: the impossible spin of each note, pronounced with such power behind them, and the just spot-on vibrato cutting through the air, the intensity of her mighty silhouette on stage, combined with the absolutely brilliant sound in the venue – oh that was just wild.

And it was just the first song.

Soon enough, it became clear that LP  was  j u s t   w a r m i n g   u p,  and it felt like she liked the first song enough to decide on taking this lucky Birmingham audience pretty far and high that night. And whatever served as her reason or springboard, she made sure to use every bit of its momentum.

The groove of “When I’m Over You” in the O2 Institute was almost palpable and physical, stretched wide in the air like strands of silk and divided by individual vowels, each vibrating stronger than the previous one. The impossibly long notes were hanging in the air forever. True, the studio version is excellently done and well balanced, but to achieve a similar effect live in this context, sound-wise? Who does that!? And on top of that, a treat for us, our favorite moment of the song, a small thing, this wicked accent that LP puts on “v” in “that’s the move…” – well, in Birmingham she made sure it was in place.

But all the sticks of dynamite, distributed carefully throughout the setlist, were still ahead of us. Since the sound engineering was so spot-on that day, LP’s electrifying vocals were just perfectly exposed on top on the background of the drums. She used it and made sure that “The Power” got a rocket fuel boost: a combination of absolutely incredible singing with a touch of something deeply poignant. The best rendition we’ve heard. When playing hundreds of concerts a year, three years in a row, to sing this way – full on, no inhibitions, no compromises – this is insane. Or, perhaps, this is pure art.

Now, how on earth LP saved her strength for “House Of Fire” entwined with “Paint It Black,” followed, as it was, by “Special,” remains a mystery. During other shows she seemed to like to keep these songs on an equal energetic level, comparable to “The Power.” Not that day. The Rolling Stones cover got a whole new emotional shade, as LP pushed its edge towards even darker poetry, which she later picked up again when singing “Muddy Waters” for the encore. But before that, she closed the show with “Special.”

And “Special,” the last song of the set, really is kind of a black horse of both the album and the live show. It reaches out to this dramatic and worried opener, “Dreamcatcher,” holds it tight and tells it that despite all the heartbreak and pain, everything is going to be alright. It’s LP’s usual out to conclude her thrilling performance with a sense of actual catharsis, but at the end of the Birmingham show it was even more definite. After this beautiful and scary emotional roller coaster, it was more like a much needed glass of something smooth and strong. Just strong enough. Take a sip. Hold. Breath out. You’re good.

✶ This show took place in O2 Institute in Birmingham on May 19th, 2019

LP as captured by Veronica Tedderson – Sochi and Krasnodar 2018

Our exceptionally talented friend, Veronica Tedderson, went to see LP during her Russian tour last month. And we were lucky enough to be granted access to V’s files and take first pick of the lot. Here are the 12 shots we chose – the photos that, for us, nail the story of what it means to see LP live.

We couldn’t believe our eyes (and ears) when we saw that she was accompanied not only by the usual keyboard, but also by a live instrument – the piano. Such a rarity! The noble sound of this beautiful instrument highlighted the drama and added one more melodic twist to the song. END_OF_DOCUMENT_TOKEN_TO_BE_REPLACED

The Sofar Sounds performance instantly reminded us of yet another rendition of “When We’re High” that left us speechless. Interestingly, that other one was so very different when it comes to the vibe. It was a backstage thing that took place during the Hangout Festival, and was meant to be just a simple, casual set up of only an interview with a couple of songs sung in between questions and stories.  END_OF_DOCUMENT_TOKEN_TO_BE_REPLACED