Previously, we published our impressions from the concert LP played for Radio Trójka on January 29th. Thank you for all the comments and messages we received from you, it means a lot.  Today, to change the tone to something a bit lighter after such intense emotions, we have for you a funny interview LP gave to 94.7 Fresh FM on Jan 26th, 2017, in Washington. 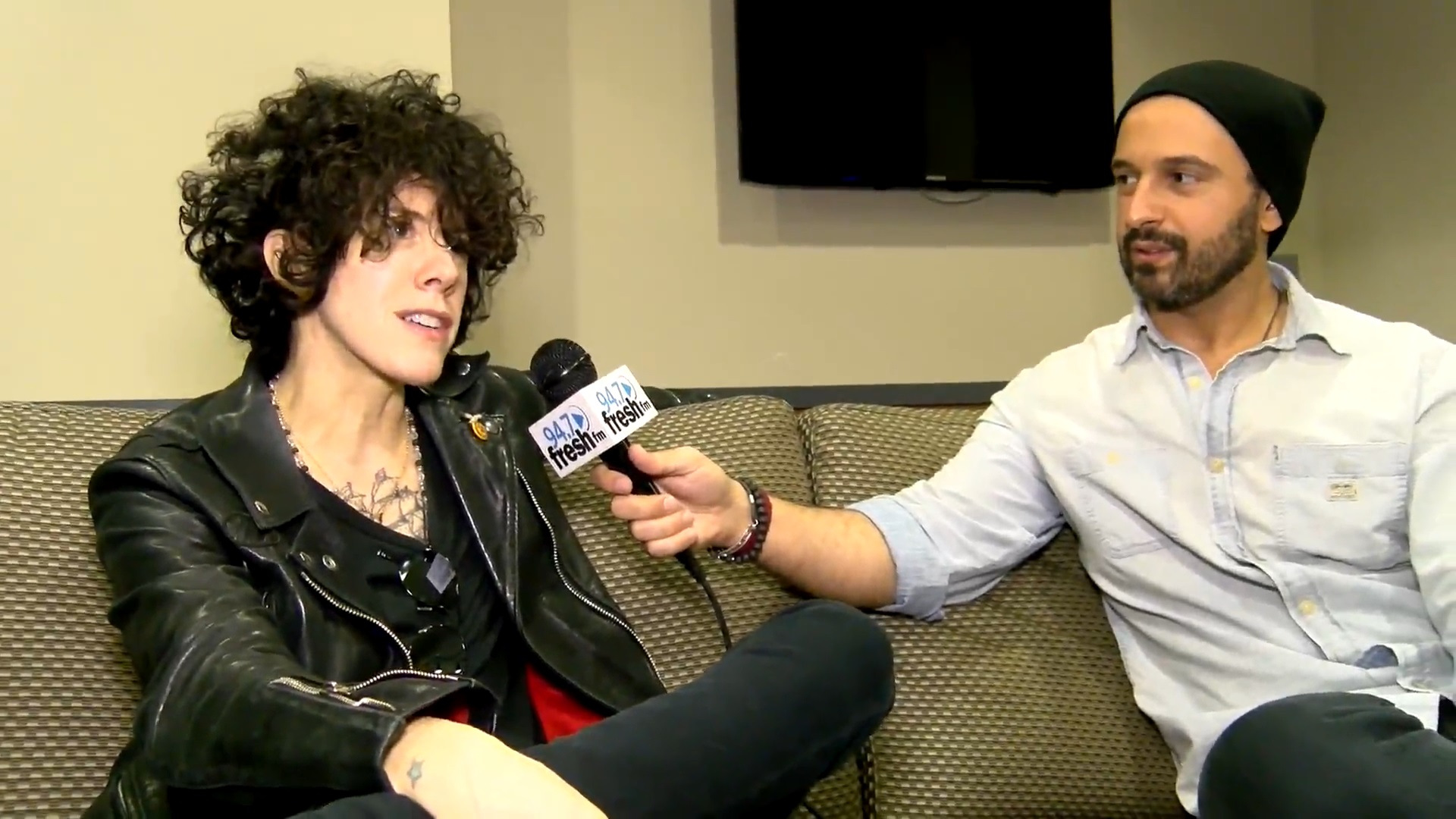 LP tells the story of getting involved in a bar fight, and gives us some insights on how she wants us to feel about her whistling. The interview was conducted during LP’s 2-weeks promo radio tour on the East Coast in the US. As always, you will find a transcript we prepared for you. Have fun!

DK: I’m doing good, my question to you is, how do you prepare your whistle? How do you make sure that it’s intact and it’s ready for performance?

LP: I don’t really… I don’t really prepare, I should prepare. I usually, chug a bottle of water and that’s it. It’s the first indicator that my voice is gonna be intact as well, ’cause you have to be hydrated. If your lips are chapped, you’re probably dehydrated, most of the times.

DK: When did you learn to incorporate the whistle in music, when was the first track that you did, where you, like, [whistles] well, the whistle’s gonna work!

LP: I think it was “Into The Wild” that was the first time on my last record that I put the whistle to the test. I was recording the song, and I just laid down the ukulele and we were putting out some bass and I was sitting behind the producer and the engineer, playing along and whistling that, subconsciously. I didn’t even know what I was whistling, and they were like “what is that? that melody?” And I said “I don’t know”, and they’re like, “Just go put it in there,” and that was a whistle, and then I was like, “Oh, wow, I’m gonna have to whistle this on stage!” It was kinda daunting, I was like, “How I’m going to be able to do it, with people that are laughing or something?”

DK: How did you perfect your whistle? I mean, does it take practice, whistling while you work, literally?

LP: It’s like a skill, like anything else, I guess, yeah. I just kept going. I think I got better, dare I say, like penetration? [laughs] It’s just that whistle has to…  it goes deep! Yeah.

DK: And it is! I’ve heard you whistle, and it does penetrate very deep.

DK: I like your… your whistle’s penetration is very satisfying to me! [laughter] We asked you this question earlier, but I wanna people to hear it, I asked you if you’ve ever been in a bar fight, can you tell everybody about that experience, and where it was?

LP: It was in a train bar car, and it was just… like a melee broke out. The guys, two of my friends, were fighting, and then I just remember somebody, some guy, fell on me, and I was punching him, like some… It seems really silly, but at the time, I don’t even remember, there wasn’t that much anger in it, but everybody just started beating on each other. We were  teenagers, so it was… we shouldn’t have been in the car anyway, with fake ID and, you know… whatever. Like, sorry little story, don’t let your kids on the train, that’s it.

DK: Were you guys consuming alcohol at that time?

LP: We were, we were. We were drinking beers.

LP: I was drinking beers, on a train, beating people up!

DK: I can envision a saloon fight, from, like, the Wild West, when you told me that story!

LP: You know, bar fights are fun to watch on TV, they’re not nice or anything like that, I wouldn’t recommend them. This seemed like that kind of thing, that was just like, you know, “good fun.”

DK: When you were performing “Lost On You,” earlier, I was really thinking about the meaning behind the lyrics, and I felt like, to me, that’s how I interpret it, I see everybody is subjective, everybody interprets music differently, but I was like, I remember being in relationships that I feel like I invested, it was almost like a, like a transaction, I invested all this time in, and then, when they let me go, they just let me go so cold way, I was like, “But I did all of this for you, how could you do that to me!” and that’s kind of how I felt, but I mean, I have to sound cliché, but what is your inspiration or the genesis behind that song?

LP: This one was a little more complicated. We didn’t really split up officially for another year after I wrote the song. That was the thing, I think it was insidious, the way it went down, because it was happening in front of me. You know, when you start feeling that lonely feeling when you are in a relationship. That’s the worst, when you’re in a relationship and you are just like, “Why do I feel lonely? That seems odd…” Especially if you are home together, so I felt like that, and I just felt like this person was not… it wasn’t registering what I was bringing to the table. I think it was a two-way street. The thing is, when I started this record, my inspiration was Paul Simon and some of those songs he wrote, like “Still Crazy” and “Slip Sliding Away” and these super adult dilemmas that happen in relationships, when, it’s not all clear cut, and nobody is necessarily right, but it’s deeply hurtful and very… It cuts very deep and makes you question everything about yourself and, you know… one of those “good times.”

LP: It wasn’t, you know, like, the days of, you know… Whatever and roses!

DK: LP, thank you so much for joining us, I really appreciated your new single “Lost On You,” on 94,7 Fresh FM in the Green Room CBS DC.

Heading back to earth. Houston, we have a problem: sometimes it’s hard to say what exactly doesn’t work when two parties want the same thing but, for some reason, are just not able to make it happen. Like with the music industry – the business model seems to be pretty uncomplicated: artists sell, people buy, yeah? END_OF_DOCUMENT_TOKEN_TO_BE_REPLACED

When we first saw it, we were in awe for a couple of reasons. But truth be told, we’re not really sure how to write about this performance and not fall into a very bad writing trap, because some things are simply better off without any commentary or description. But, well, this performance is just too good. So this is just a light touch, nothing else would fit.  END_OF_DOCUMENT_TOKEN_TO_BE_REPLACED

So, “Black Dog.” After watching “LOY” and “No Witness” at Jools, followed by ITV’s “LOY” again and “Halo” we were, like, “…ok, how about watching a little ‘Black Dog’ by her?” So we did. And after we saw it, we knew it’s something to write about as our next material for you.  END_OF_DOCUMENT_TOKEN_TO_BE_REPLACED