Before the song, there is silence. Just as in any other artform, when you are a songwriter, you face this peculiar moment of facing the void, with this wish, this urge to transform it into being. Even if you already have a handful of ideas, notes or snippets, you’re only stretching a new canvas, the song is still not there, not just yet. And we can’t help but cringe whenever we hear the phrase that someone is a songwriter, not an artist. Sure, we get the meaning of the word “artist” here, being “a performing artist,” but still – there’s this kind of injustice in the language in this, isn’t there. And what a fascinating form of art it is! It’s so complex, when you think about it, all these things that need to be combined… How do you even do that, and where do you start? Paul Simon, when talking to American Songwriter, put it briefly: “Much of songwriting is simply a mystery.” Maybe that’s why we’re so attracted to this topic. And when LP talks about it, we just shut up and listen. 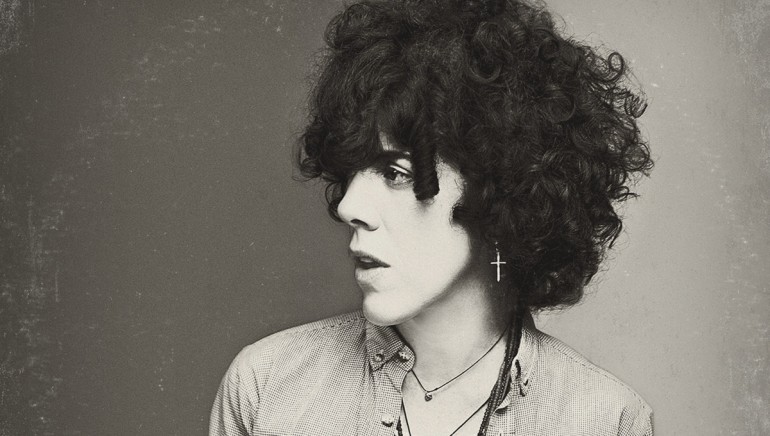 Or, often, we read… Oh, we love us a good written LP interview from time to time. And this BMI interview we have here is really well done, and it’s all about songwriting, so how could we possibly resist. LP is really generous in sharing insights about her craft here. She talks chasing melodies and chasing lyrics, talks whistling a bit and how she makes it instrumental for her songwriting. She also answers the question of what is most important to a song, for her. And the way she explains all this is so compelling – when you read things like: “I try not to question the muse too much,” or “Melodies are like snowflakes or something,” then “I’ve gotten better at trimming the fat – I learned what was the meat of the song,” you just need to keep reading.

There’s also this thing, this vibe here, that strikes us each time we read an interview with LP or an article about her published in early 2012. When asked about her plans, she says that she is ready for her new album release in the fall. That the songs are ready. That this is a good moment. That she can’t wait to show this material and go on tour with it. And it would still take the label another two years to deal with this ready content, to change it, to deprive it of its gripping rawness, and release it finally in 2014. Nothing new, LP commented on this many times, but you can recognize a good interview in how intensely it makes you think again about something you already know. This one definitely does.

It’s not a long conversation, but it is really immersive. It was done in 2012 and although, from today’s perspective, it is a completely different era in LP’s career, the topic of songwriting makes it timeless. And there was a really good writer behind this interview, which was held over the phone, so it turned out really crisp and thought-provoking. When you transcribe the conversation to turn it into an actual article, it’s all about these decisions: what to keep, what to skip, and how to present it all accurately on paper. If done skillfully, it can bring out the bottom line of the conversation so much better than in a video interview, no matter if it’s a narrative with the actual answers embroidered here and there (as the fashion dictates nowadays), or a straightforward Q&A interview as done by BMI here.

Maybe just one thing. The intro to this interview could be much more accurate. BMI writes that the song, “Into The Wild,” was one of the countless demos LP wrote as a session-writer for several major labels. Well, that’s not exactly the case, as in fact it was one of those very first songs she wrote just for herself in early 2011 (next to “Wasted Love” and “Someday”), when she came back to writing her own material. And then, referring to LP’s then-to-be-released record for Warner Bros. as her debut is also not how it all went… But forget the intro, just enjoy these excellent questions and LP’s fascinating stories. They’re worth the time spent.

PS. Oh, and she names the Bowery Ballroom and the El Rey Theatre as her two favorite venues! A few years later she would play sold out shows in both of these amazing places during her 2017 Spring American Tour. Isn’t that just too cool!

✶ BMI – as they describe themselves, “BMI is the bridge between songwriters and the businesses and organizations that want to play their music publicly. As a global leader in music rights management, BMI serves as an advocate for the value of music […]”

✶ When we are trying to imagine what was actually going on for LP during these two years, 2012-2014, we keep coming back to the story of the Foo Fighters album, One by One. It took months and millions of dollars and Conway Studios to record a few tracks that turned out “too clean, too tame and boring,” as Dave Grohl assessed them. And they didn’t release the album in this shape. The whole process is beautifully pictured in the 2011 documentary “Foo Fighters: Back and Forth.” Watch it, it’s truly great!

There are virtually no questions, “just” an eloquent conversation between LP and Mike Mettler that takes us from discussing the problems with the Forever For Now album, through talking about the power of “Muddy Waters,” to going into details of the who’s and how’s and why’s of what inspires LP musically.  END_OF_DOCUMENT_TOKEN_TO_BE_REPLACED

When you are an adult (for a longer while) and you’re already done with your teenage-twenties rock’n’roll days, and your favorite entertainment becomes to hang out at home, it takes something really big, closer to an atomic bomb, to make you get up, pack your suitcase, and wander around Europe in the airport-hotel-club-bar-hotel-airport-club-bar mode for a month.  END_OF_DOCUMENT_TOKEN_TO_BE_REPLACED

The last two summers, or perhaps even three, LP spent playing mostly in Europe, but before “Lost On You” landed on the European charts in 2016, she had spent a couple of her summers playing a whole range of different American festivals and events. END_OF_DOCUMENT_TOKEN_TO_BE_REPLACED