We gave it a try and penned down the possible lyrics for one of LP’s unreleased songs, “Old Days.” We listened hundreds of times to five different recordings dated 2016 (Paris, Moscow, Warsaw, Poznan, and Thessaloniki) and we hope that the lyrics you will find in the new EP or album booklet will be at least similar. 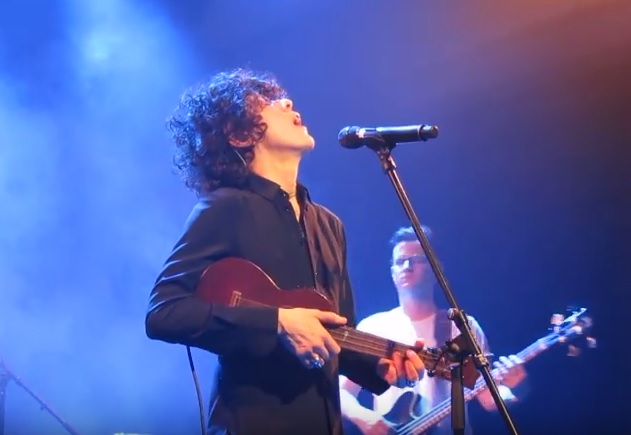 LP played this song during the Lost In Europe tour, and earlier in Greece.

The song remains unreleased but LP mentioned that she is going to put it on her new EP or album. And also, here is a bonus to the lyrics – an amazingly sensual performance of “Old Days” from the concert in Moscow (December 12th, 2016):

Honey
I can tell that you’re sorry
But it’s part of the story
A tale that’s older than time
Baby
I guess I just worry
All the lines get so blurry
Can we order more wine?

Oh, I miss the days
When everybody kept it close
When nobody had to know
Cause it only hurts me so

For us, the most intense and thrilling performance of “Don’t Let Me Down” by LP is the one she played for the Red Wall Sessions. Accompanied by Trevor Menear, she was featured as the very first guest of the show and here is a comment on her performance, taken from the FYI Television Network website: As soon as she opens her mouth, it’s clear she doesn’t sound like any other. Her strong vocals are a combo of rock and folk that’s hard to ignore. END_OF_DOCUMENT_TOKEN_TO_BE_REPLACED

LP said in an interview for Clevescene that the vocals that we know from the record are her very first recording that she did for the demo version of “Lost On You.” She tried to record it again, but it was never as good as it came out the first time END_OF_DOCUMENT_TOKEN_TO_BE_REPLACED

On the occasion, LP gave an interview to RTL’s Linda Marlen Runge.  The original length of the interview was 45 minutes, but the published material is only 9-minutes long. The part that we love the most is the first few seconds of the interview, which capture the general mood of the conversation. END_OF_DOCUMENT_TOKEN_TO_BE_REPLACED