Just imagine: a show being performed in a cabaret setting, where the invited guests sit at the table placed on a small stage in the very center of an intimate venue. They tell stories about songs they sing, while you sip your drink sitting just beside them. Throw in LP singing Billy Steinberg’s “Alone.” Heaven, isn’t it. 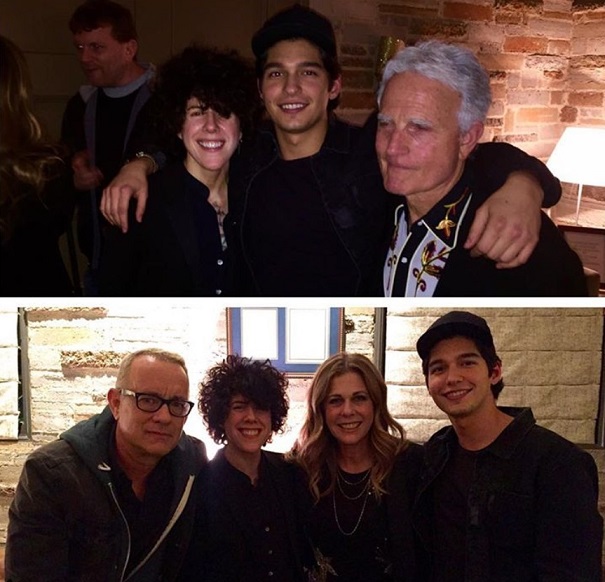 Especially when you find a video proving that it really did happen. The event is called Liner Notes: Songwriters, Stories and Music with Rita Wilson and Friends, and the one in question took place in December of 2015 at the Audrey Skirball Kenis Theater at the Geffen Playhouse. Reportedly, LP was Billy Steinberg’s guest. Even though Liner Notes is an extraordinary and refined occasion, it was possible to be there that night – all you had to do was buy a ticket for more than a fair price.

LP was accompanied by a piano, which makes this video even more of a rarity, and she was singing with a color she very rarely uses nowadays. “Alone” is a big song and one thing is certain – her version showed the composition’s full beauty, and its always moving and never-getting-old minor to major key change between the verse and the chorus. There is power, there is intensity, there is engagement in the way she sings, as always, but most of all you can hear a genuine heartbreak in her voice. LP blew away not only us, you can tell it by looking at the faces of all those people who were sitting at the table with her. And she was supported by a fantastic pianist, who played “Alone” not only flawlessly, but also fiercely, just as this song and this vocalist deserve.

✶ Liner Notes: Songwriters, Stories and Music with Rita Wilson and Friends is an event held in Los Angeles by Rita Wilson. It was organized in 2015 and 2016 in a several-night formula, for which Rita Wilson brought songwriting talents to a refined venue, where they were performing their songs and telling stories. It was held twice in Audrey Skirball Kenis Theater at the Geffen Playhouse in an intimate setting, which provided an “up close and personal experience.” In 2015, Rita Wilson’s guests were Billy Steinberg, Jessi Alexander, Kristian Bush, Richard Marx, Jon Randal, an Lindy Robbins among others (including LP).

✶ “Alone” – a song written by Billy Steinberg & Tom Kelly. It was recorded a few times. In 1987, after being released by the band Heart, it became a hit worldwide, reaching #1 in the US and Canada. In 2007, Celine Dion recorded a very successful cover of “Alone” for her album Taking Chances.

✶ An interesting interview with Billy Steinberg, in which he describes how “Alone” was written

After years of touring, releasing indie records, and getting to know the music industry in general, LP performed in 2006 at the South By Southwest Festival (SXSW). This particular performance marked her career greatly, as it momentarily created quite the buzz around her.  END_OF_DOCUMENT_TOKEN_TO_BE_REPLACED

“Broken Vow” has a powerful beat and is definitely catchy, but LP’s vocals give an additional boost to its energy. Each line she sings starts off like a machine gun volley, so mighty, maybe even aggressive, and it gets even more explicit towards the end of the song. The astonishing rock-meets-opera ad libs get stronger and stronger until they fully shine in the last chorus. END_OF_DOCUMENT_TOKEN_TO_BE_REPLACED

When LP opened her American tour back in February, she put one new song on the setlist, the brilliant “Girls Go Wild.” In June, she kicked off her Summer European Tour similarly, introducing another new song, “Dreamer,” at her tour opening show in Italy. END_OF_DOCUMENT_TOKEN_TO_BE_REPLACED