There’s this song that LP says is one of her favorite songs to cover and, indeed, she chooses to sing it quite often during acoustic sets. And when she does, it sometimes happens that her powerful rendition of “Don’t Let Me Down” steals the show and overshadows all other songs. 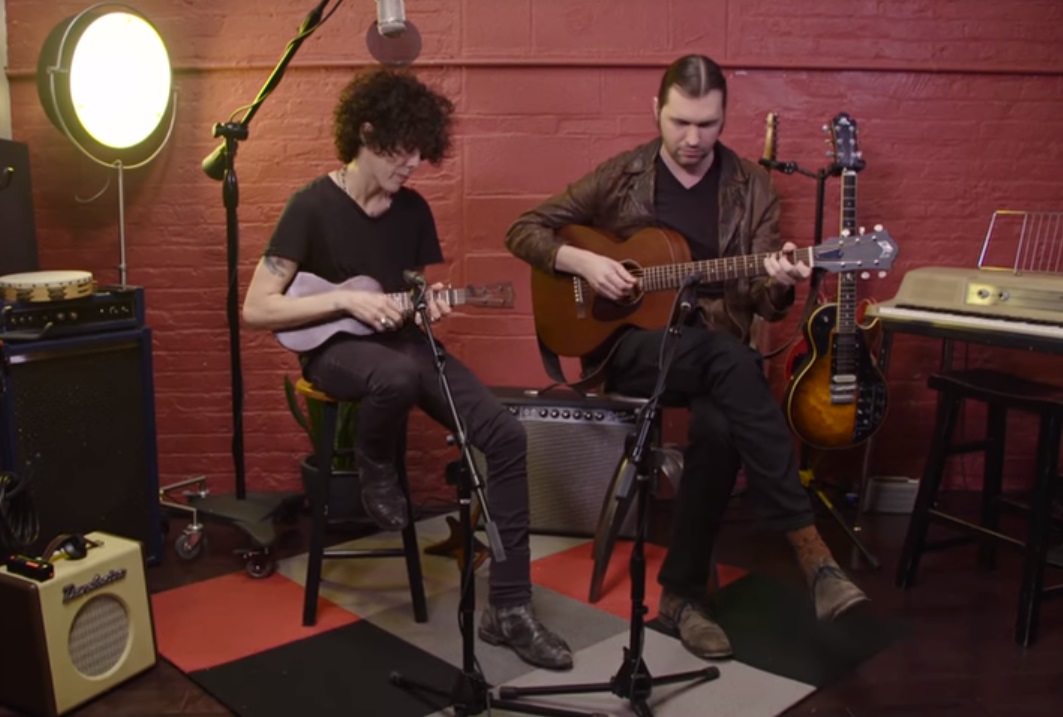 For us, the most intense and thrilling performance of “Don’t Let Me Down” by LP is the one she played for the Red Wall Sessions. Accompanied by Trevor Menear, she was featured as the very first guest of the show and here is a comment on her performance, taken from the FYI Television Network website: As soon as she opens her mouth, it’s clear she doesn’t sound like any other. Her strong vocals are a combo of rock and folk that’s hard to ignore.

LP starts the performance with her eyes closed and she keeps them shut for quite a while, which usually is a promise of something special. She fully engages with the song from the very beginning, and somehow she manages to keep raising the emotional intensity throughout the entire performance. In the second part and towards the end, she seems to be completely taken in by the lyrics, and she sings like it is some final prayer for help and understanding before “losing her mind.” She even changes the usual ending of the song and starts to improvise with her voice and the melody. And this is a truly spectacular variety of improvisation, because once you’re absolutely sure that it is impossible for her to take you any higher with her voice, she does it. And she does it more than once. If you have been looking for a WOW experience lately, then here you go.

Then there’s also a totally separate story of what LP did with the original song, in general. If you are not following American dance trends, you could think that she covers some old, tender blues standard. But all that blues and soul is taken straight from LP’s musical imagination and creativity. Would you ever have imagined that a dance track could ever be transformed into an upstanding and genuine blues song? Well, LP did it.

✶ The original song was recorded by The Chainsmokers, an American duo from New York. The song was released in February, 2016, and it features vocals by Daya, a young American pop singer. Representing the electronic dance music genre, “Don’t Let Me Down” became an international success for the duo, winning a Grammy Award for Best Dance Recording.

✶ “Don’t Let Me Down” – The Chainsmokers original song – video

✶ Trevor Menear – an LA based artist, singer-songwriter and guitarist. His latest release is the 2016 album: Love May Be. He played with LP in 2015/2016 as her guitarist and supported her as backing vocalist. Click here for Trevor’s page.

✶ We were lucky to hear “Don’t Let Me Down” live once. We write more about the experience here.

LP and JD performed two songs: “Lost On You” and a cover of The Chainsmokers song, “Don’t Let Me Down.” Apart from their live stream, both songs were also recorded in very good quality and posted, by the radio, on YouTube.  END_OF_DOCUMENT_TOKEN_TO_BE_REPLACED

And it wouldn’t hurt to loosen up every now and then. Cher is Cher, and she’s fabulous. Whenever the conversation leads up to her, that’s the ultimate conclusion. Come on, not every single thing you put on has to carry this straightforward arty vibe, right? END_OF_DOCUMENT_TOKEN_TO_BE_REPLACED

But back to “All I Want” and LP’s take on it. It’s no surprise that we love it – LP is an emotional singer and performer, hence the second verse of “All I Want,” that she got to sing, was a perfect choice for her. Especially as for all the lyrical lines, the four she sang were not only the most interesting, but also the most moving. END_OF_DOCUMENT_TOKEN_TO_BE_REPLACED