Sure, LP’s performances are great. Sure, she’s definitely an amazing live performer. Sure, you can see she was born to rock the stage. But there are times when, while watching her perform, you have to ask yourself: Is this real? Or have I just entered musical heaven? 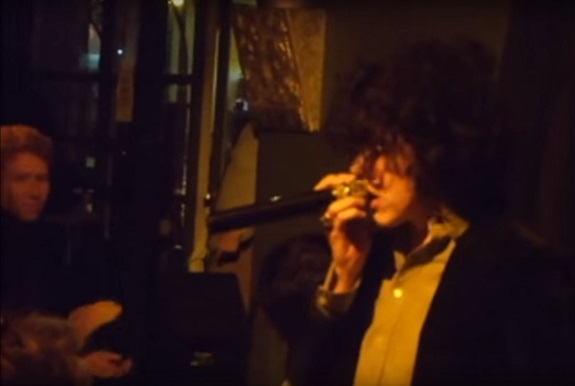 We believe that one of those times was when LP performed “Little Lion Man” on June 8th, 2011 in Los Angeles. We are so grateful to the wonderfully considerate person who recorded this amazing performance.

“Little Lion Man” was Mumford & Sons successful debut single, released in 2009. The song received a Grammy nomination for Best Rock Song, and after Mumford & Sons’ performance at the Grammys, it reached #45 at Billboard Hot 100 chart. LP sang a cover of “Little Lion Man” during the Hip Hipsteret show, which was a Rock’n’Roll Theather live show organized from 2010 to 2011 in Los Angeles. We found a review by Kick Kick Snare from that particular night for you, so you can feel the atmosphere of the room and the response from the audience:

The first time I heard LP live was completely at random. I was at a friend’s cabaret show, astutely named Hip Hipsteret, and they invited LP up to sing a tune. Up walks this tiny little thing, with gloriously curly brown hair, and an awesome androgynous style that I’m sure the Jonas Brothers envy and covet. Then she just murdered a Mumford and Sons song. Seriously, the entire room was either trying to pick their jaws up off the bar floor, or singing along in a very non-Los Angeles, non-hipster fashion.

And here’s one of the comments posted on YouTube:

She does, doesn’t she. So, here it is for you to enjoy – LP’s nonchalant rendition of “Little Lion Man.” Forget the quality of the video, just prepare for a truly outstanding performance.

✶ Here you can watch the official video for “Little Lion Man.”

✶ Mumford & Sons – a British band playing folk rock, formed in 2007. In 2009 they released their debut album “Sigh No More”, from which “Little Lion Man” was a lead single. The band was awarded with a Grammy award in 2013 for their second album, Babel.

Since LP feels quite comfortable and natural in our European home, she speaks to us all as if we were born in New York. Well, we’re not (still, it’s lovely of her to do it). But nevertheless we gave it a try, you will find the transcript below.  END_OF_DOCUMENT_TOKEN_TO_BE_REPLACED

We were lucky enough to participate in this intimate event. But the show aside for a second – before the performance LP was interviewed on stage by Trójka’s host, Piotr Metz, who opened the interview with an earthquake kind of statement, which LP managed to handle, and beautifully. It was a very dynamic and immersive exchange, and it would be a shame if it got lost in the avalanche of the new interviews with LP popping up every day. END_OF_DOCUMENT_TOKEN_TO_BE_REPLACED

You probably need to live in LA or somewhere else in California, or at least in the freaking US, to fully grasp the phenomenon of Hollywood music clubs. So this will probably be kind of, well, interesting (at best) to tell the story of LP & The Sayers Club from the European (and outsider) perspective. END_OF_DOCUMENT_TOKEN_TO_BE_REPLACED