Very recently, just over a month ago, LP was a guest of WXPN Radio, and participated in their World Cafe programme. She sang a couple of songs, including the amazing version of “Lost On You,” and she gave a long interview. All that happened right at the beginning of her promo tour in the US, following her long European tour in the fall of 2016. 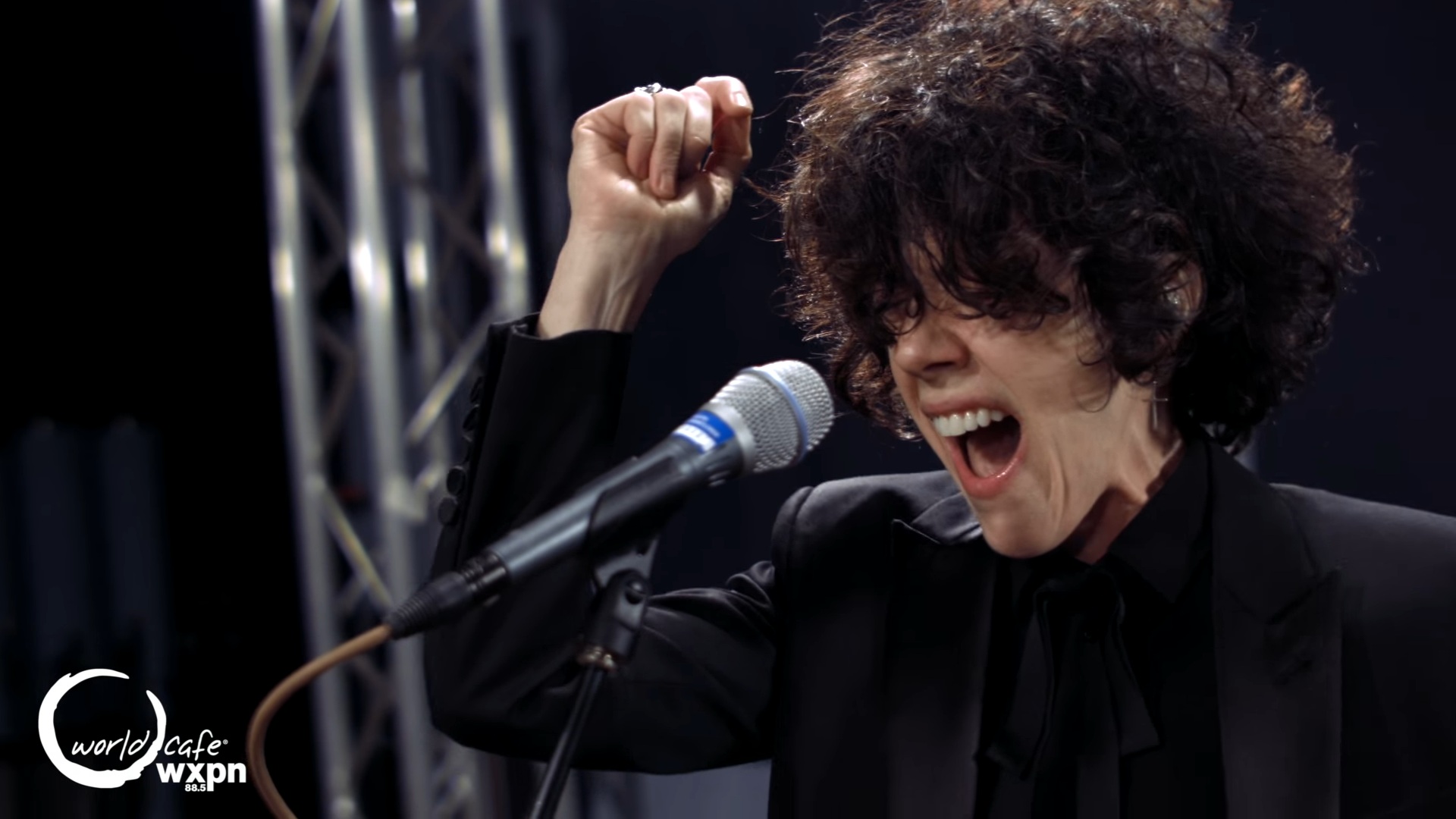 Still frame from the World Cafe “Lost On You” performance video

It seems like the way LP sings “Lost On You” depends on the circumstances. There are big shows, where she celebrates the success of the song and sings along with the audience, beaming with happiness (while the song itself is far from being cheerful.) And there are also studio performances, where she stays focused and actually concentrates on the words, which was the case in the World Cafe. But it seems like it was more than that – as though at that time in that particular studio, something even deeper was triggered somehow. This shows not only in the way LP sings, but also in the way she performs, which is so engaging that one simply cannot take their eyes off her. What highlights the effect even more is the sound quality in the World Cafe – absolutely amazing.

LP is dressed all in black, in an almost black studio, and looks absolutely stunning. You can’t really see her eyes when she starts singing, but somehow you can tell they’re closed. She stays close to the mic during the first verse, only to take half-step back during the chorus. And from there she goes with the flow of the song, expressing her emotions not only through her voice, but also with subtle gestures which enchant and enrapture. She opens her eyes for a moment in the second verse, where she sings: “toil of expectations” at the 1:55 mark, which adds even more drama to the line. Moreover, after the second verse, in the pre-chorus, she adds a small, barely audible “and” before “all I ever wanted was you,” which makes this moment even more heartbreaking. And then comes the crystal clear soprano part, sung a bit closer to the mic than usual, with a beautifully smooth passage into the final chorus. Like any good leader, she takes her band with her, shows them the way through her engagement, and they follow her musically, step by step, to take the song to its top in the last half-minute. What a finale!

✶ “Lost On You” in the World Cafe

✶ LP is accompanied by JD Carrera on the guitar, Brian B. Stanley on the bass, and Elias Logothetis on percussion.

✶ The World Cafe is a daily radio show, aired in the US in non-commercial public radio stations since 1991, hosted by David Dye. The program covers different genres (rock, indie-rock, alt-country, blues, folk etc.) The World Cafe is produced by WXPN Radio in Philadelphia.

It was the fall of 2011 when LP got signed to yet another major label, this time to Warner Bros. It was a particularly intense and fortunate period in her career as a couple of months earlier her song “Into The Wild” got picked up for the Citibank commercial. END_OF_DOCUMENT_TOKEN_TO_BE_REPLACED

While you may think that you already know these songs too well, keep in mind that the sound quality during Spotify Sessions is spectacular,  and also, LP commented on each song a bit with her characteristic swag. END_OF_DOCUMENT_TOKEN_TO_BE_REPLACED

It’s so refreshing to listen to some challenging pop song from time to time. Something that stings your synapses a bit, leads you out of your musical comfort zone and straight into the wild. “The Beautiful People,” as sung by Christina Aguilera, kind of does that. END_OF_DOCUMENT_TOKEN_TO_BE_REPLACED