So, it’s officially the fall. The air feels crisp, the scents are different, muddier. The trees are turning red – damn, so beautiful. It is magic, but with the elections coming up in a week, it suddenly feels nothing but cold. The right wing is winning again, pulling us backwards for another long four years. How odd, first crawling out of dreaded communism in the 80s, then figuring out our freedom for years, then thriving and enjoying it to the fullest, to somehow land in the middle ages. And with the minorities being now witch-hunted (this season it’s women and the LGBT community, last round it was immigrants), putting on a Cher album is just what you want to do, no matter your musical preferences. Wouldn’t hurt if LP was involved with a song or two, though, would it? 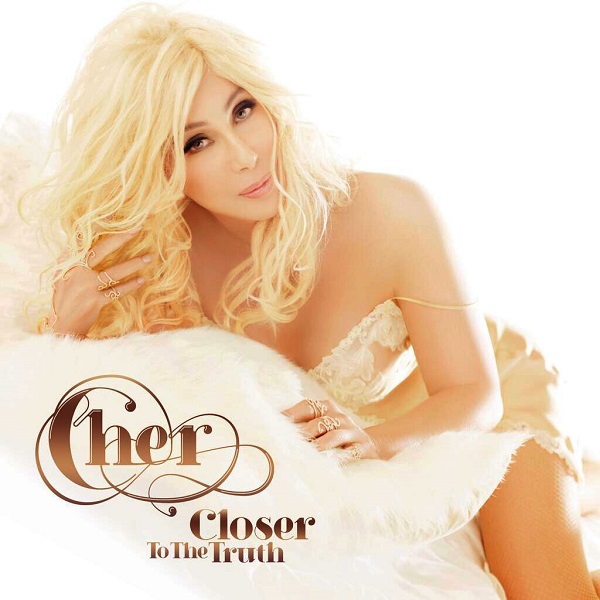 Cover artwork for Cher’s Closer To The Truth album

And it wouldn’t hurt to loosen up every now and then. Cher is Cher, and she’s fabulous. Whenever the conversation leads up to her, that’s the ultimate conclusion. Come on, not every single thing you put on has to carry this straightforward arty vibe, right?

Jerry Nunn: Did you happen to see Cher on the Billboard Awards?
LP: I didn’t. Was she great? I was happy to hear she was back in action.
JN: She was wearing pasties.
LP: No shit! How did her boobies look?
JN: They looked great. They probably cost a lot of money.
LP: Nothing wrong with that.
(GoPride, 2017)

The long and short of it is that sometimes art isn’t the final destination. Sometimes it’s meant to be a medium. And Cher isn’t exactly a music phenomenon. The thing is, she is a standalone phenomenon, full stop. She sings alright, looks good, acts nice. She’s been there, done that. Dabbled in all shades of the entertainment business. And she’s achieved everything. At the same time she’s not really about the things she has been doing – she’s something else, she’s Cher – and good luck to anyone who would like to to pigeonhole her. That’s the beauty and importance of what she is. So good to have her walking the globe.

That must have been fun – getting a message about Cher wanting to do one of the songs you wrote. And actually, not one but two. Then you find out that, despite some experimenting, she then returned to the original versions you’d sent her. Dollars to doughnuts there’s nothing cooler than that.

LP: I got an email saying she wanted me to change the second verse of a song, but then she went back to the original verse! (Gaytimes, 2017)

LP: When I did a song for Cher, she lowered the key at first. I think she felt that it was too high and then she went back and put it up to the original key because it’s just scored in that key. (Jambands, 2014)

Out of the two LP songs that made it to Cher’s comeback 2013 album, Closer To The Truth, one had been originally written for Leona Lewis, and the other one LP had designed exclusively for Cher.

It was [“Red”] that I thought I was writing for Leona Lewis and then Cher took it. And then when I wrote the second one, called “Pride,” which is on the deluxe version, it was for her in mind. (GoPride, 2017)

Do yourself a favor – open the lyrics of “Red” and just read them. Read them and love them. Especially if you’re not a native speaker, they’re easy to miss as the song has gotten quite a heavy hand in production for Cher’s album (which was inevitable for any song that was to make it on Closer To The Truth.) But since it had originally been written for Leona Lewis’ album, we can’t help but wonder what the final shape of the song could have been should it have landed on Glassheart. After all, once you have a demo, you have to think about the production, don’t you?

“Pride,” on the other hand, has something truly empowering about it. In fact, it’s so interesting, that even a thundering electronic keyboard and pounding drum couldn’t take its irresistible charm away. The best song on the record. Spacious, light, anthemic, catchy. Cher. Written in a way that highlights Cher’s voice’s strongest features, making her sound really good. Having a particular message and designed to simply reign on the rainbow dance floor. Well, any dance floor, truth be told. And we should all dance more.

✶ “Red” – Cher’s song off of her 2013 album, Closer To The Truth. Written by LP, Marc Nelkin, Carl Ryden and Joshua Walker

✶ “Pride” – Cher’s song off of the deluxe version of her 2013 album, Closer To The Truth. Written by LP, Marc Nelkin, Carl Ryden and Joshua Walker.

We love this recording for the beautiful balance of vocals-guitar-drums, which is difficult to achieve on stage (especially when you have a drummer as fierce as Aaron), and which was definitely left off of the record. The ukulele is perfectly audible and the percussion creates a pleasant background for LP’s voice. END_OF_DOCUMENT_TOKEN_TO_BE_REPLACED

We couldn’t wait for LP’s Summer Tour, we really couldn’t. When this kind of live performer tours on an album which is this brilliant, you just count the days. And we also felt that it may be our very last opportunity to hear LP play the majority of her Lost On You songs during one set. END_OF_DOCUMENT_TOKEN_TO_BE_REPLACED

“Broken Vow” has a powerful beat and is definitely catchy, but LP’s vocals give an additional boost to its energy. Each line she sings starts off like a machine gun volley, so mighty, maybe even aggressive, and it gets even more explicit towards the end of the song. The astonishing rock-meets-opera ad libs get stronger and stronger until they fully shine in the last chorus. END_OF_DOCUMENT_TOKEN_TO_BE_REPLACED