There are a couple of things about Lauren Ruth Ward that need to be said: she’s undeniably talented, really musically interesting and quite a maverick. Her smoky vocals are intriguing and attention grabbing, but what impresses us most is that she’s just as good live. We’ve seen her perform a few times and each time we were impressed to hear her sound. Not even one false note, nor ever a flat. Instead, just full engagement in the execution of her thing, singing being just one of its elements. As a whole, her show is really a theatrical piece, and it’s definitely something worth checking out. 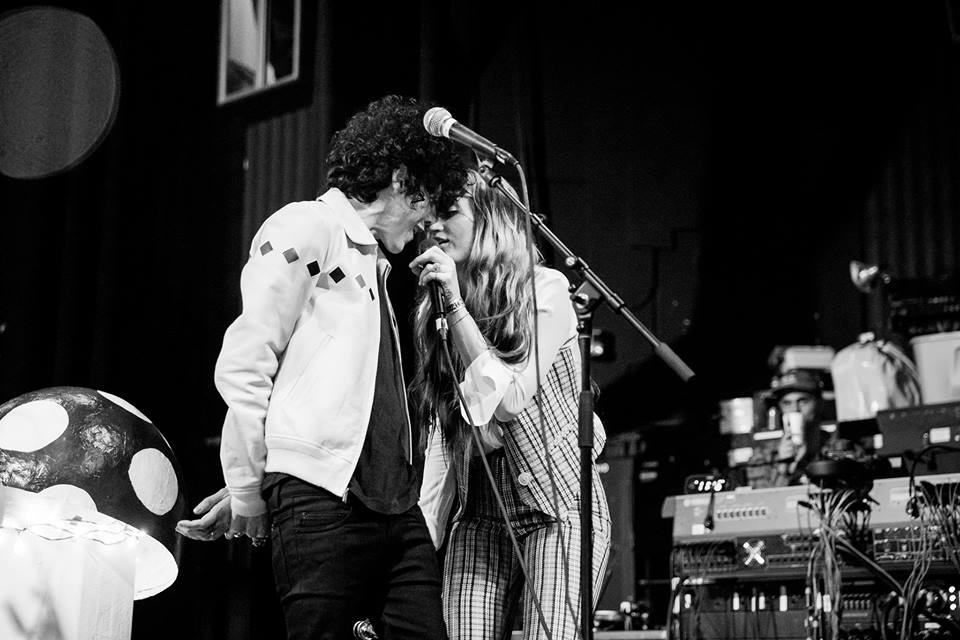 Lauren and LP did a bit of collaboration on “Sheet Stains”- the sixth song on Lauren Ruth Ward’s debut full length album, Well, Hell (2017). And although she’s not mentioned in the credits, you can clearly hear LP singing backing vocals on this track. Which makes sense – Lauren’s husky color with LP’s shrill yet muffled voice create this sudden juxtaposition, amplified by a looped guitar riff. The riff creates an uneasy ambiance from the very beginning, and so although the song is definitely catchy, it’s far from being straightforwardly pleasant – as there’s nothing pleasant about missing your partner and counting the days until the wait is over. This mood is definitely in force here. Even so, the music and lyrics of “Sheet Stains” are a match made in, well, no kind of hell.

Lauren and LP sometimes perform “Sheet Stains” together during Lauren’s shows. They are both definitely live performers, so the exchange of their energy on stage creates this special, electric vibe, all the more. It’s somewhat ferocious and intimate at the same time and you can be sure that you won’t get to experience this kind of onstage ambiance very often. But also, what we absolutely love to observe is the way LP changes compared to her usual, commanding way of taking the stage. While always being in charge during her own shows, when supporting another artist, be it singing “Sheet Stains” with Lauren, be it opening for Kodaline back in the day, or joining Josiah Leming for “Six Dollar Check” when he was opening for her – she’s focused, attentive, and ready.

There’s something in the tone of “Sheet Stains” that makes it stand out from the album’s core message. While the entire record is like a girl power storm, full of thunders and lightnings of self-sufficiency in all aspects, “Sheet Stains” feels like the only moment when Lauren shows any vulnerability, which adds so much of the needed human touch to the album. Intended or not, the outcome is quite meaningful and brings a soothing balance to Well, Hell’s intransigence.

On a side note – of all the difficulties we have faced trying to get a hold of some music record or another, the most complicated one would be that of Lauren’s Well, Hell album. After two failed attempts, when the package had simply gotten lost on its way to us, we were almost ready to acknowledge that this was simply not going to happen. And then, finally, against all odds, it arrived on our doorsteps.

Very soon, there’s a real bargain coming up for all of LP fans who also appreciate Lauren’s talent. She is going to open ten or so shows during LP’s American tour, starting this Friday at The Observatory club in Santa Ana. So, to all of you who are lucky enough to be there, arrive early, you won’t regret it. Promise ; ) 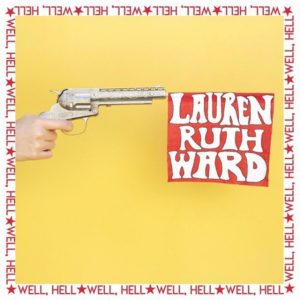 The artwork for the Well, Hell album

✶ Lauren Ruth Ward – an American singer and songwriter based in Los Angeles, originally from Baltimore. She has released one LP, Well Hell (2017) and two EPs, Happy Birthday Jim (2018) and self-named debut (2016).

✶ Apart from many live shows, another collaboration between Lauren and LP is Lauren’s song “Make Love To Myself,” the video featuring a cameo appearance by LP. Also, Lauren has sung backing vocals on two of LP’s songs off the Lost On You album deluxe version: “Long Way To Go To Die” and “When We’re High.”

✶ Here are our three favorites of Lauren’s releases:

Never before has it been more tempting to go on about our perception of LP’s lyrics. “One Night In The Sun” just boils and freezes one’s conscience in singular still frames of the hazards of an ending love. And LP, as an experienced heart surgeon, is very precise and clever with her cuts. The words are so dazzlingly brilliant. Maybe the best we’ve ever read from LP. Tangible, sensual, sunburnt. END_OF_DOCUMENT_TOKEN_TO_BE_REPLACED

The front row is the worst. You can hear nothing, you can see nothing, everything is too close and too intense, you notice mostly the tiny details and miss the full picture, and what you get left with in the end are not clear memories, just ethereal impressions.  END_OF_DOCUMENT_TOKEN_TO_BE_REPLACED