It’s interesting, this butterfly effect, how one slight change ripples into another, and you end up in a completely different place, sometimes the unexpectedly right one. This is sort of what happened when Spoon’s Britt Daniel and LP teamed up to write a song one day. They certainly didn’t plan to write a political anthem, but they kind of accidentally did just that – one that would be almost frightfully accurate for the time when it was released. Is it that sometimes it’s best to let go and let things unfold the way they will? 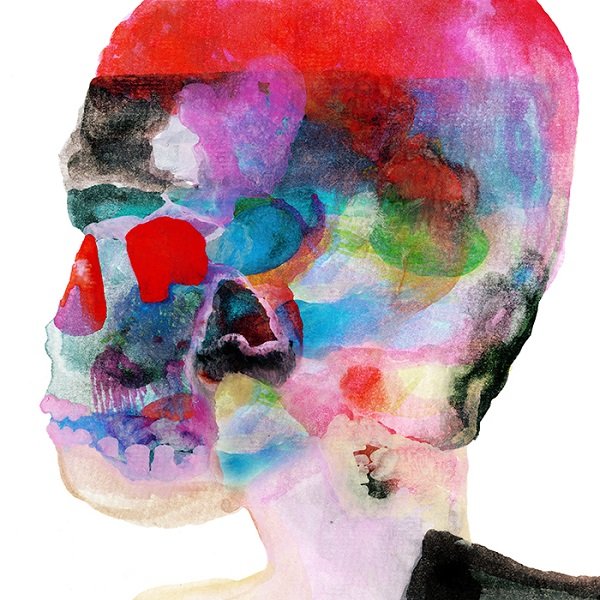 Somewhere around early 2016, LP and Britt Daniel met at Britt’s house for a songwriting session, and the song they wrote together was “Tear It Down.” While we were glancing through music magazines to find out more, we were delighted to discover that Britt provided a revealing peek into some parts of their songwriting process. What a treat!

They started from the chorus. LP had a melody for it and she wrote wordless syllables, for which they tried to fit the right words. The lyrics came about, sort of by accident, by rhyming. For sure there wasn’t a political intent for it at first (and as Britt put it, he can get heavy handed whenever he plans to write a song of the sort) but it just seemed to happen naturally. Britt explained it to the webzine, Drowned In Sound:

She came up with a melody that sort of rhymed with “tear it down,” so I said let’s make that “na-na-na-na-na-na tear it down.” And then we were like: “OK, let’s finish the lyrics. What’s the next thing? What are we trying to tear down? A wall!”

They instantly thought that this could be topical, as the political scene in the US was starting to heat up and, of course, Trump was running for president… Back in the day, it seemed simply unreal that he could possibly win, and at that time he hadn’t even won the nomination yet. So Britt and LP were hesitant about if they should even go in that direction in as far as what they wanted the song to be about – the record wouldn’t be released until 2017, so by that time the lyrics would be outdated, and Trump and his ridiculous idea of building the wall on the Mexican border would be long forgotten. But they went for it anyway. They were happy with the outcome and the song made it to the album. And one year later, when the Hot Thoughts album was released, it turned out that the political reality in the US was different than many expected. In this light, the chorus they wrote couldn’t be more accurate or timely:

Let them build a wall around us
I don’t care, I’m gonna tear it down
It’s just bricks and ill intentions
They don’t stand a chance
I’ll tear it down

The rest of the song came later, and Britt said it was inspired by a terrorist attack. He described this particular writing process as a domino effect, something that happened gradually.

Most of the reviewers found the song to be great, describing it as “sorta perfect” (jhubner music) and named it one of the best songs on the album (Live Taos and The Daily Free Press, among others.) There was one comment by the Music and Food blog, which caught our attention:

Buried down in the dregs of side B is “Tear It Down,” which I think – maybe, just maybe – might be the best Spoon song ever recorded. Yes. (…) at the very least it’s the most Spoon song ever (apologies of course to “The Way We Get By”). It’s a pure extraction of everything Spoon does, laser focused and perfectly composed.

For us, there’s something about the mid-tempo of the song and its gritty yet catchy melody, which makes us think about mid-60s Britain and the Merseybeat. And maybe, similarly to how the British beat was influenced by American artists recording in the late 50s, it worked the other way round for “Tear It Down,” and the inspiration came a little bit from The Beatles? There’s no obvious hook to the song, and the chorus is pleasantly low-key, it doesn’t suddenly explode in your head, as often happens with protest songs. But it proves to be somehow catchy, when one day you try to remember any snippet of the melody, and then the next, and in the following days and weeks, you wake up with the entire chorus in your head.

In the interview which LP gave to the blog Idolator back in February of 2017, she said she was excited to have a song on their album because they are a cool rock band. We really like it – the song, and the whole record, in fact. The electronic touch serves their music surprisingly well, and it brings us some UK parallel again, Pet Shop Boys this time. At the same time, Spoon’s soul sound and American indie nature is very clearly pronounced too. It’s interesting and quite unexpected, this mix. And even before the jazz passage which closes the record eventually dies away (we can’t help the Pink Floyd reminiscence for this one), you already hear this familiar whisper asking for just one more “Tear It Down” play.

✶ “Tear It Down” by Spoon, co-written by LP – Spotify

✶ “Tear It Down” – a song written by LP and Britt Daniel. It appeared on Spoon’s latest album, Hot Thoughts, produced by Dave Fridmann & Spoon, and released in March of 2017.

✶ Spoon – an American indie rock band formed in Austin, Texas, founded by the front man, Britt Daniel, and the drummer, Jim Eno. Their debut album, Telephono, was released in 1996. Their latest and ninth studio album, Hot Thoughts, was released on March 17, 2017.

The spring of 2017 was such a busy time for LP; she was in the crossfire of two major tours, her European and American respectively, with three prestigious American late night TV shows squeezed in between them, as well as the premiere of the US edition of her Lost On You album on top of it all. Our guess is that the conversation with Maiya Sicklin took place around LP’s tour-closing show in Koko Camden, back in late April.  END_OF_DOCUMENT_TOKEN_TO_BE_REPLACED

It was one of the songs written by LP for her then-upcoming album a bit later than others, and soon it turned out that the song changed the landscape of Forever For Now, as LP put it. It was a surprise to her. She felt “One Last Mistake” was a bit different than other songs and that it broadened the stylistic scope of the record. END_OF_DOCUMENT_TOKEN_TO_BE_REPLACED

It’s been almost four years since “Lost On You” exploded across Europe. In our old Europe, where the entry threshold for a US artist is truly high. END_OF_DOCUMENT_TOKEN_TO_BE_REPLACED