Of all the songs LP’s co-written for other people, this one may be the most secluded composition-wise. “The Beautiful People” is a fusion of Christina Aguilera’s distinct voice, LP’s coquet writing and Marilyn Manson’s samples. It was written for the soundtrack of the backstage musical, “Burlesque,” telling the story of the Los Angeles cabaret theatre. The soundtrack received two Grammy nominations in 2010, and the part that LP participated in was definitely one of the production’s highlights. Made our imaginations wander off to the land where LP and Manson actually meet and do stuff together. Fingers crossed. 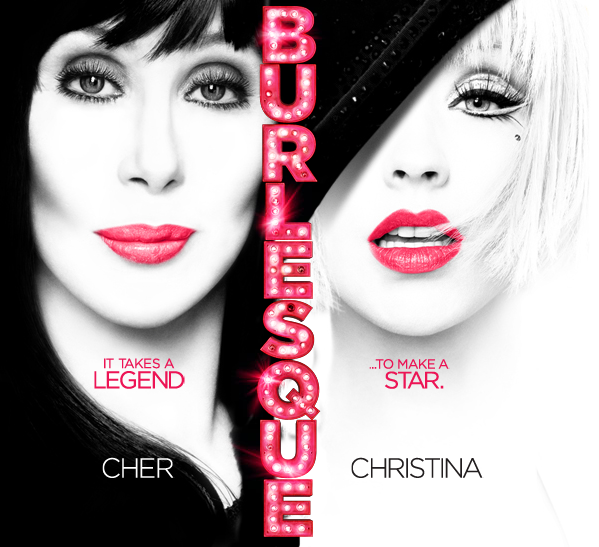 The artwork for the “Burlesque” soundtrack

It’s so refreshing to listen to some challenging pop song from time to time. Something that stings your synapses a bit, leads you out of your musical comfort zone and straight into the wild. “The Beautiful People,” as sung by Christina Aguilera, kind of does that. It’s not an easy piece to listen to when you’re anticipating the simple notes of a mainstream pop track. In this context, it’s actually much easier to enjoy the track that was sampled here, hissed by Marilyn Manson and built around Twiggy’s famous bassline that echoes as if recorded in some ancient catacombs, because that’s just what you expect. And while the Manson song allows you to feel at ease and relaxed in the familiar land of rotting flesh and Nietzsche, it is Christina’s version that really puzzles your cognitive resources. And, we swear, it took balls for the diva to even try and record a pop song with such unmistakable Manson’s samples. We read quite disturbing quotes from Manson’s fans, offended by, as they call it, “a fact that Aguilera raped Marilyn Manson.” Well… Wow.

The movie plot sounds like a million dollar idea for the successful Hollywood production, but it turned out to be a simple fairy tale story that didn’t much impress. It’s just cliché, ectypal and somewhat boring. But there is some good stuff there when it comes to the soundtrack, being just the opposite of the film – really interesting and bold at points. The song co-written by LP comes up twice. When you hear it for the first time, it’s just an instrumental snippet standing in the background for the only scene that may have any resemblance to real life. The main character, Ali, has just arrived in LA and starts looking for a job. And she struggles, walking door to door and being dismissed by people who just can’t be bothered to notice her talent. That seems real. And this kind of uneasy and tense instrumental bit of “The Beautiful People” in this particular scene did make a lot of sense to us. All the rest of the film is more of a standard backstage tale, with Cher and Stanley Tucci hands down stealing the show. And then you hear the song again, in full this time, when the end credits begin. It would, perhaps, make a lot more sense to make the entire movie of these two scenes – Ali failing to find a job and roll credits. The real life approach. Just kidding.

For LP it was the very middle of her songwriting days. She signed her publishing contract with Primary Wave in 2009 and focused on penning hits for other people. Not long after “Burlesque” hit the cinemas “Cheers,” co-written by LP for Rihanna, was promoted as the seventh single from her album, Loud. Soon more glamorous collaborations would see the light of the day – the songs written for Leona Lewis, Rita Ora and Cher.  In 2015, LP told SheKnows magazine about that writing session (or however one should call it in this case):

“Beautiful People” for Christina Aguilera was written with Nicole Scherzinger at her house, in her bedroom in The Hills. She’s cool as f***, and she was just chillin’ in the bed the whole time, while I was on some fluffy rug on the floor just thinking, “Huh, weird. This is surreal and fun, dammit.”

For a sweet side story, Christina recorded the song with her little son right there in the studio with her and he reportedly went crazy for the song (The kid definitely has a good ear for guitar riffs, just saying.) The composition catches one’s attention indeed, and no wonder. The drum loop and guitar riff sampled from Marilyn Manson’s song of the same title are really heavy and intense ingredients, entwined into this expressive electronic arrangement and Christina’s unmistakable vocals. The whole thing is just full on, from the first to the very last note. Volume up!

✶ The samples come from an identically titled song by Marilyn Manson, off his critically acclaimed Antichrist Superstar album (1996). Click here to see the video, it’s worth it.

✶ Love Manson! His semi-philosophic lyrics, all-defying spirit, four octaves, horror-esque style and rich sound. With the absolute favorite being “The Nobodies” off of the Holy Wood album (2000)

✶ The soundtrack for “Burlesque” was released in 2010, was awarded two Grammy nominations in 2012 and was certified Gold in the United States.

✶ A teaser for “Burlesque” with a snippet of “The Beautiful People”

Truth be told, we’d like to show you this interview because of one specific answer she gave. At one point, she talked about the way she approaches developing a topline for a track. We were astonished to read about it and at the same time we couldn’t believe that the interviewer didn’t continue the topic of the way she creates music.  END_OF_DOCUMENT_TOKEN_TO_BE_REPLACED

You may already know this song from live performances. It’s called “Road To Ruin” and it was included as the 13th song on the Japanese version of the album. According to info on Wikipedia, LP wrote “Road To Ruin” together with Isa Summers, but we couldn’t cross-check it with any other source, so we’re not sure if that’s correct.  END_OF_DOCUMENT_TOKEN_TO_BE_REPLACED

Carrie Lyell, from Diva magazine, talked to LP the day after the absolutely mind-blowing show LP gave in the Koko club of London. We were lucky enough to witness that gig and we remember very well the energy in the room. END_OF_DOCUMENT_TOKEN_TO_BE_REPLACED