As much as I’m a singer, the songwriting thing is like my main… my job, I think, LP told World Cafe’s David Dye in January, 2017. But things looked quite different a decade earlier, when the songwriting chapter in LP’s career was only starting off. And the trigger was quite outstanding as one of the songs she had written for herself was requested by a super pop-star band we all know so well, whether we like it or not – The Backstreet Boys. 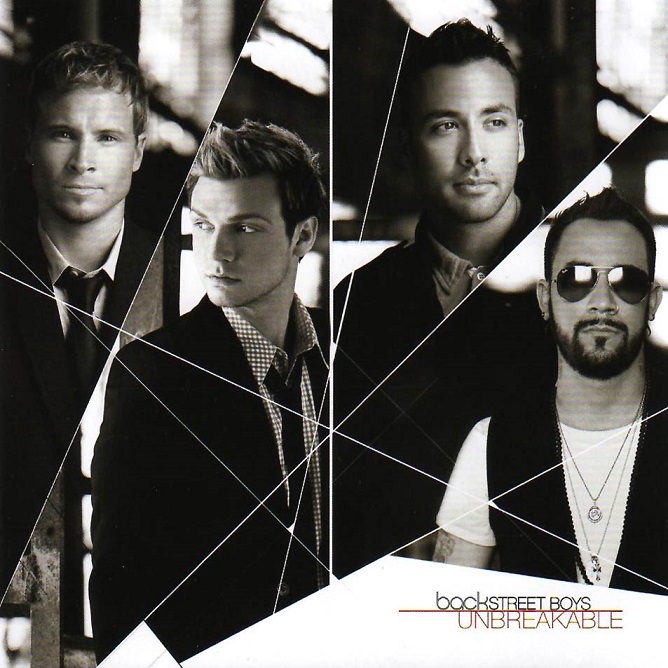 The artwork for The Backstreet Boys album, Unbreakable

After years of touring, releasing indie records, and getting to know the music industry in general, LP performed in 2006 at the South By Southwest Festival (SXSW). This particular performance marked her career greatly, as it momentarily created quite the buzz around her. As a result, the labels started fighting for her, and finally, after this so-called bidding war, LP was signed to Island Def Jam, which was her first major label deal. She started working on her own material, writing songs for herself as an artist, with the intention to release a record, but artistic differences between her and the business stood in the way. The label was constantly looking for her “sound” and “direction,” so LP kept writing a song or a couple of songs a week, for months, and they were piling up in her catalogue. During that time, she was introduced to some accomplished songwriters, in order to work with them on her material. And so she met Billy Steinberg (“Like a Virgin” – Madonna, “Falling Into You” – Celine Dion), Desmond Child (“Livin’ on a Prayer” – Bon Jovi, “Dude (Looks Like a Lady)” – Aerosmith), and Billy Mann (“God Is A DJ” – Pink, “I Walk Alone” – Cher).

When LP sat down with Billy Mann to write a song, it probably seemed at first like any other day. She didn’t know that it would be a turning point in her career. They wrote a love pop ballad designated for LP’s next record, and called it “Love Will Keep You Up All Night.” And a little bit later The Backstreet Boys heard the demo and offered to cut the song and put it on their record, Unbreakable, released in 2007.

LP never explained how it happened that they learned about the song, but Brian Littrell (it’s Brian-Brian, you peeps born in the 80s!) calls Billy Mann his friend, so maybe it was Billy himself, who showed “Love Will Keep You Up All Night” to the band. By the way, it has always been interesting for us how it happens that some song ends up on someone else’s record. Well, it seems that a lot of time it has to be a “someone, who knows someone, who shows a song to someone”-thing. However it was that the band was introduced to this song, as a result LP had it cut on an album which sold over 1.7 million copies worldwide.

It struck her. In the interview she gave to Good Times Santa Cruz in 2016, she said that it was surreal learning about it. It was like a watershed moment for her, she didn’t know that could happen and she didn’t picture that for herself. But before she became a full-time songwriter a couple of years later, she kept trying to write songs for her own record for another two years – first at Island Def Jam and then, after they parted, at the independent label, SoBe. And it almost happened, the record was planned for early 2009, but it didn’t get released and LP wouldn’t issued any new record until 2012.

But what did happen around 2008-2009 is that at one point she found herself having a repertoire of well over one hundred songs that many executives of the major labels really wanted, as she explained to Vogue Italia. She realized she could also live off writing songs for other artists. She told KROQ’S Megan Holiday:

When the Backstreet Boys cut a song of mine, it was like: Oh! You could do that! You can write a song and someone else would do it! I couldn’t believe it at the time. It was almost: Huh, I don’t have to be in front of the camera. I wouldn’t call myself shy, for sure, but it is the hardest part, I think, putting yourself as the person to be looked at. That’s not something I feel I was born to do.

And so the success of the song got her a publishing deal with Primary Wave in 2009, which meant becoming a professional songwriter.

However tough that must have been for LP, writing music and trying to release her own album, being dropped or parting ways with a label, then trying again with another label, she says that after she’d given up on the idea of solo success, she was happy she could make a living out of music as a songwriter. She didn’t know it would have a much larger impact on her professional life in the long run. She just started writing songs constantly, a few a week, every week, for years. Then she started getting bigger cuts, and then, oddly for her, it all brought her back to writing for herself. In September of 2009, she bought a ukulele, which closed the “only”-a-songwriter chapter in her life and reopened the singer-songwriter one.

The rest is history.

✶ “Love Will Keep You Up All Night” – DEMO by LP

Thank you, Veronica Tedderson, for the Italian-English translation from Vogue Italia!

✶ Unbreakable is the Backstreet Boys’ sixth studio album, fifth in the US. It was released in October of 2007 by Jive Records. This is the first Backstreet Boys album that Kevin Richardson was not involved in. The album sold 1.7 million copies worldwide (as of 2009).

✶ Billy Mann – an American songwriter and top manager for a number of companies within the music business; he wrote for Pink, Cher, Celine Dion, and Sting, among others. He received two Grammy nominations for his work with Pink on 2007’s “Stupid Girls” and 2013’s “The Truth About Love.”

✶ Island Def Jam Music Group – a major label run by music executive L.A. Reid, 2004-2011. The label signed LP in 2006 after they saw her perform at the SXSW festival in the same year. They wanted to change her style and she decided to leave them after no longer than a year.

AMG: Do you have any strange of funny stories from the road?
LP: We were in the backwoods in this random, random Starbucks and then Montell Jordan said ‘hi’ to me. The girl he was with said she liked my shoes. If that’s not awesome, I don’t know what is. I don’t know, there’s a lot of things that happen on the road that can’t be spoken of. The road is like Vegas. Things happen.  END_OF_DOCUMENT_TOKEN_TO_BE_REPLACED

LP as captured by Veronica Tedderson – Sochi and Krasnodar 2018

Our exceptionally talented friend, Veronica Tedderson, went to see LP during her Russian tour last month. And we were lucky enough to be granted access to V’s files and take first pick of the lot. Here are the 12 shots we chose – the photos that, for us, nail the story of what it means to see LP live.

“Wasted Love” is one of our favorite songs by LP, and quite likely our favorite from outside the Lost On You album. And maybe even the most frequently played song of hers in our headphones. We love the live version recorded for the EP “Into The Wild: Live in EastWest Studios.” (Ah, we could go on and on about the way she sings “it wasn’t mine”…) END_OF_DOCUMENT_TOKEN_TO_BE_REPLACED