Back in 2012, LP was invited by a radio from Boston to participate in their annual event during which local and national artists perform live in the studio. LP chose “Tokyo Sunrise” and she sang it with a very special musical setting, which made this performance quite unique. 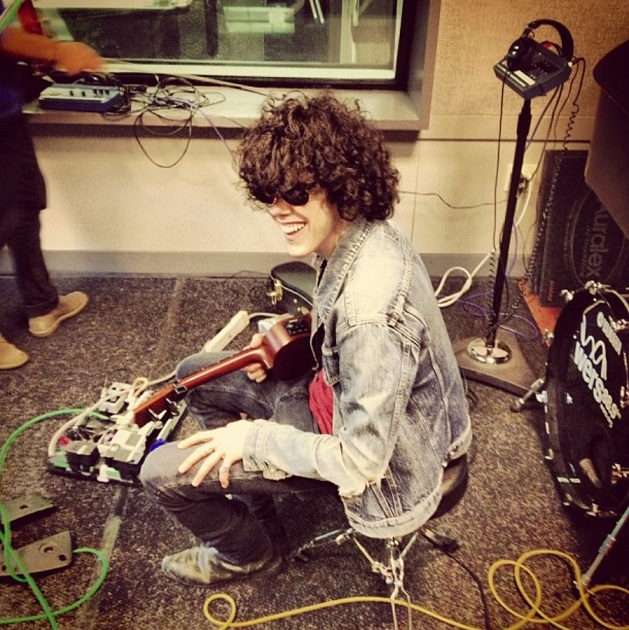 We couldn’t believe our eyes (and ears) when we saw that she was accompanied not only by the usual keyboard, but also by a live instrument – the piano. Such a rarity! The noble sound of this beautiful instrument highlighted the drama and added one more melodic twist to the song. You can clearly hear the soft sound of the chords played during the chorus, and then you can close your eyes and get lost with the piano solo just before the second verse starts. The second thing is, she chose to use an additional guitar on top of the usual twelve-string and bass, which made the song even more spacious. That’s not it, there’s a cajón plus one additional drum, and a tambourine. What a musical debauchery!

Even though “Tokyo Sunrise” is one of the songs which got a decent level of production on the Forever For Now record, still the album version fades in comparison to any live performance, and especially to this one. This video is like a mirror, clearly pointing out all outstanding features that LP put into “Tokyo Sunrise,” and which the album version failed to capture, for some reason. Starting from the refined details in the guitar’s melodic line, through the variety of particular sound’s intensity, to the vocals, including the backing vocals by Joey Dosik, who also played the piano. And about LP’s vocal… The amount of emotions behind every word could fill several other songs with meaning. Just watch her pronounce each word separately, one by one. She is perfectly reproducing the album vocals, and yet she adds even more power to every line. There are times when we would like to have a chat with those guys who produced the album version. Real talk.

We also love the visual part of this video. This whirl of cables put on the grey floor-covering, the forest of stands and wires, and the people embroiled into that captivating image. What you look at contradicts everything you hear, and it makes the video truly endearing. Somehow what you see there adds up to the general feeling that you’re a witness of this precious moment of creation (and re-creation) of a piece of art.

✶ The performance was recorded in the WERS 88.9 FM radio’s studio in October 2012, in Boston. The event is called Live Music Week.

The video was recorded during the show in Los Angeles at the El Rey theatre, the very same place where LP played her triumphant final show off her 2017 American tour, just three years later. Back in 2014, LP was touring with Kodaline and opening for them, and she would also join the lead vocalist, Steve Garrigan, to sing their hit song, “All I Want,” together. END_OF_DOCUMENT_TOKEN_TO_BE_REPLACED

And so, we’re taking you back to the summer of 2016 and LP’s European radio promo tour once again. We must be missing the sun or something. Or perhaps it’s Italy we miss. Well, anyway, on July 26th LP visited Rai Radio, only a month after her previous performance there, the occasion when she sang the exceptional version of “Strange.”  END_OF_DOCUMENT_TOKEN_TO_BE_REPLACED

“Wasted Love” is one of our favorite songs by LP, and quite likely our favorite from outside the Lost On You album. And maybe even the most frequently played song of hers in our headphones. We love the live version recorded for the EP “Into The Wild: Live in EastWest Studios.” (Ah, we could go on and on about the way she sings “it wasn’t mine”…) END_OF_DOCUMENT_TOKEN_TO_BE_REPLACED