We are super happy to share with you the fruit of our multi-day effort: a transcript of what LP said from the stage during her concert in Warsaw on December 12th, 2016. 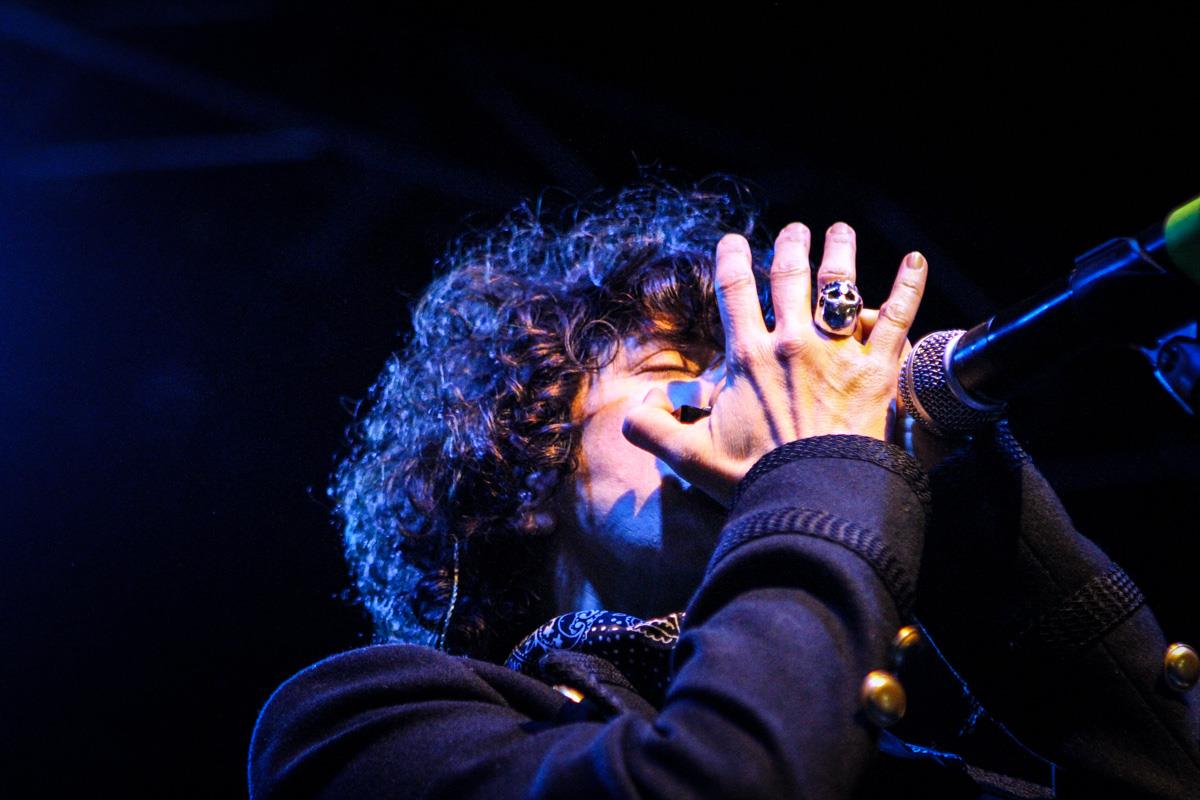 © Paulie Photography, courtesy of the author and Forum PAF

Since LP feels quite comfortable and natural in our European home, she speaks to us all as if we were born in New York. Well, we’re not (still, it’s lovely of her to do it). But nevertheless we gave it a try, you will find the transcript below. We were working with several dozen different videos, so it’s probably not complete and some parts might still be missing. But here it goes.

Poland, oh my God… I can see those beautiful signs in all different countries. And finally we’re here, where you’re from. Thank you very much, thank you.

Thank you for waiting so long in a line, you guys. It’s so sweet. In a cold. You guys don’t care about the cold here. I don’t care how much I’d like me, I’d be like “Have a nice show. I’m gonna watch my friends’ video of you. From the heat.” Chic-chic-chic-o-o-o! All right. Just checking. Isn’t it obvious?

So I just received… backstage I got… a platinum record for the single “Lost On You.” Thank you. And a gold record for a new record, “Lost On You.” So, I want to thank you guys very much, that’s you, that’s you, that’s not me, it’s you. That’s you doing it for me. Thank you. I love you. It’s so nice. What is this little thing going on now? What these balloons do? Woooow. You guys are amazing. I’ve got the best fans ever. This song is called “Death Valley,” as the name of the EP.

Yeah, we almost did fall from the tightrope and died. Yow! This song is called “Up Against Me.” I was going to tell you the songs at the beginning now, so… cause they’re new. Newer. All right.

Poland! Warsaw, to be more specific. Beautiful town. I’m sorry, I dropped somebody’s gift over there. Just flew off. That shit’s flying everywhere. This is a song that won’t come out this year. And, Michael, will you please add a little bit more music in my ears? Thank you, boo boo. Well, all right.

Thank you, thank you so much! Nice bear, yeah. So, this is the song called “The Old Days.” It’s also a new song, I appreciate your patience with songs you don’t know. But you’ll know it, they’ll be coming out. And, yeah, and it’s just about… one of those songs about a wish, a wish sometimes we didn’t… I don’t know. There was a place I didn’t know wasn’t right place. But when you feel like you wish you just didn’t know about someone not being true to you. It’s just like better off than said, like back in the old days, turning to Bonnie and Clyde times.

[Someone shouts “Laura, I love you!”]

I wanna dedicate this song to a nice man… the… my friend and also being the men who, I think, saved me from disappearing when I went through this really hard time. I didn’t know, I honestly don’t… haven’t… didn’t think about giving up very often in my career, but the last stretch, like a year and a half ago, when I got dropped from a label… And it was after I played them “Lost On You,” and I played them “Muddy Waters,” and stuff like that, and I got dropped. And I was like “Oh, I’ve really tried, so maybe I’m just not doing the right thing.” And this man, Jeremy, signed me to… [to someone in the crowd] You’re so sweet. He signed me to his label. And… You know, sometimes when someone just even say kind word to you it changes everything. So, Jeremy – thank you very much, and to your dad. This is for your dad, Andy, who is Polish… He’s from Poland! Andy is from Poland! And he hasn’t been back here… He has not been back here for fifty years! So, Andy, welcome home! Welcome back. And thank you so much again, Jeremy. I also wanna thank Jan and Monika, who run the label here in Poland. You guys are incredible and thank you for all your support. You’re so… the best. And I love you as people and I love you as a label, and I thank you, and I thank you guys, very much.

And thank you for all your loving gifts, they’re really beautiful. Thank you. This next song, this is song of the record “Lost On You,” which I hope that you have. And if not, check it out if you want, ok? It’s called “No Witness.” Some of you guys have a serious grip, to be honest. I like it, though, it’s cool. Can I see some light up there? Oh, thank you guys, thank you. Thank you guys up there, and you guys there in the hall… I went out there in the hall, it was so funny there, they’re out there, they’re like: “where is she… I don’t…” They didn’t know I was standing there, I was like right behind. Where is this little boo boo with earmuffs? [Someone shouts: “You rule!”] Aww, you rule. Hi, boo boo, what’s up. It’s “No Witness.” Thank you.

So, JD Carrera on guitar, this is Brian Stanley on base and Mr. Matt Mayhall on drums. And thank you so much, thank you guys so much. See you next year! Have a beautiful holiday, have a beautiful Christmas, and I wish you all the best. Thank you very much. Thank you for making this song doing so well here, I really appreciate it.

✶ As LP mentioned in Warsaw, just before this show she received a platinum award for “Lost On You” single. Moreveover, she received also a gold award for Lost On You album, which had been released only three days earlier, on December 9th.

To be perfectly honest, the beginning of May 2017 was definitely not a time when we were expecting any surprises from LP. It was – we thought – her two week break between having just concluded her European tour and the opening of her, much anticipated, American tour. END_OF_DOCUMENT_TOKEN_TO_BE_REPLACED

Truth be told, we’d like to show you this interview because of one specific answer she gave. At one point, she talked about the way she approaches developing a topline for a track. We were astonished to read about it and at the same time we couldn’t believe that the interviewer didn’t continue the topic of the way she creates music.  END_OF_DOCUMENT_TOKEN_TO_BE_REPLACED

This second interview, that we post today, does exactly the same, and it concerns exactly the same subjects. Watching it one after another is the closest you can get to time traveling, a kind of fast forward from August to October.  END_OF_DOCUMENT_TOKEN_TO_BE_REPLACED